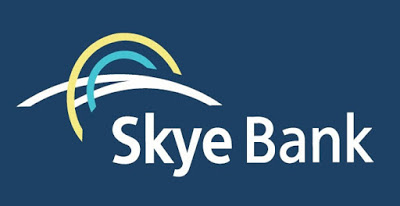 Skye
Bank has announced the promotion of over 300 staff in its employment following the
2016 annual staff performance review exercise.
The
promotion which cuts across several cadres of staff up to managerial level is
in line with the bank’s effort to reward staff who performed creditably in
their various roles during the past financial year.
The
bank also announced that it compensated some staff in the senior management
cadre with monetary reward for their diligence and productivity whilst a
handful of staff who failed in the performance appraisal exercise on account of
poor performance were exited.
The
management of the bank has since approved payment of the entitlement and
severance packages to the exited staff as contained in their engagement letters
and as agreed with the workers union.
While
announcing the outcome of the annual Performance exercise, The Group Managing
Director/Chief Executive Officer of Skye Bank, Mr. Tokunbo Abiru, congratulated
all staff of the bank for their hard work in the last financial year especially
given the challenging operating environment. According to him, “We will
continue to reward our staff who display high level of commitment towards their
responsibilities and the bank’s strategic objectives.”
Mr.
Abiru further noted that “a performance-driven organization is critical to the
achievement of the bank’s overarching objectives.” He urged the newly elevated
staff to see their promotion as a call to re-dedicate themselves to excellence;
assuring that those who deliver consistently on the job, would earn
commensurate benefits that befit high performers.
Skye
Bank had last week, announced the voluntary resignation of some Executive
Directors from the services of the Bank. The Directors who had served in
Executive Management capacity for nearly two years, were part of the old Board
of Directors of the bank, some of whom earlier resigned voluntarily on July 4
2016 following the intervention of the Central Bank of Nigeria which
consequently re-constituted the Board.
Skye Bank,
designated as one of Nigeria’s eight (8) Systematically Important Banks (SIB),
by the regulatory CBN, is a leading retail and commercial Bank renowned for its
electronic banking solutions as well as its product portfolio which supports
families, students, Small & Medium Enterprises (SMEs) and professionals
across the country.
Previous Post