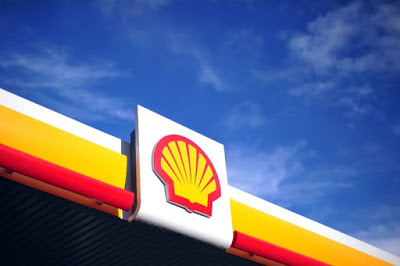 There was uproar among the members of the Safe Environment Advocacy
groups and Indigenes of Ogboinbiri community in Southern Ijaw Local
Government Area of Bayelsa State over the declaration by the management
of the Shell Petroleum Development Company (SPDC) that the 550 barrels
of underwater oil leak in the area does not have adverse impact on
indigenes of the area.
The SPDC had on March 5, 2015 confirmed
that an oil leak from its underwater line within its oil fields in,
Ogboinbiri, Bayelsa and also confirmed that it discharged some 550
barrels of crude into Ogboinbiri River on Jan. 23, 2015. A Joint
Investigation (JIV) report had it that the leakage was caused by
equipment failure due to a ruptured pipeline.

Reacting to delays
in compensation for the oil spill in compliance with applicable laws,
SPDC in a response made available to newsmen in Yenagoa  said the oil
firm was not liable.

Mr
Joseph Obari, SPDC spokesperson, said that Seibou 2 oil spill, which
occurred on Jan. 23, 2015 was adequately contained within SPDC’s right
of way and cleaned up.

“The National Oil Spill Detection and
Response Agency (NOSDRA) has issued a certificate to acknowledge SPDC’s
compliance with all clean-up standards.

“The JIV was monitored by
the Bayelsa State Ministry of Environment and signed out by all parties
established that the spill did not impact any third party.

“Since
compensation was not applicable in this instance, SPDC supplied relief
materials to communities that used its right of way for other
activities.

“A further JIV conducted in neighbouring communities
did not establish a subsequent claim by the Bayelsa State Ministry of
Environment of impact to third parties,” Obari said.

However,
Environmental Rights Action (ERA), an non-governmental organisation that
participated in the JIV, disagreed with the stance of SPDC.

ERA insisted that the impact was evident during the site visit with SPDC and Bayelsa government officials.

Mr
Morris Alagoa, Head of ERA’s Field Office in Bayelsa, who was on the
JIV team, expressed surprise at the turn of events,“ERA’s field
monitoring endeavours reached up to Keme-Ebiama and photos and videos we
took confirmed the spread and impact of the equipment failure related
seibou spill.

“It is unfortunate that the regulators are so
dependent on the oil companies for almost everything that the term
‘regulatory capture’ connoting a connivance of operators and regulators
against communities is so real especially in this case.If the regulators
are as competent and independent like Environmental advocacy groups
like ERA, they will swiftly and independently monitor the spill”.

“Through
the water current, heavy volumes of crude oil spread to Keme-Ebiama and
beyond this craftiness of Shell in trying to evade justice will make
peace an illusion in their relationship with communities, host and
impacted communities.I speak as ERA/FoEN field monitor, who visited
Keme-Ebiama and the one who alerted the State Ministry of Environment
via our field report and related photos and as one who went for the JIV
in the commissioner’s team”.

“And, he said, that one of the
reasons why, to be really effective was to advocate for government to
fund the regulatory agencies adequately: Ministry of Environment and
NOSDRA. It is shameful that the Bayelsa State Ministry of Environment
does not have a Rapid Response Unit and they lack functional vehicles
and marine crafts.”

“It is hypocritical to engage a workman and
deny him the requisite tools and equipment to do the job required of the
workman,” Morris said.

The Environmentalist noted that the Niger
Delta Government who benefited from the oil derivation funds has not
help the oil communities in their quest for environmental rights and
development.“They are also not helping matters, shooting themselves on
the foot.Otherwise, how can we explain a scenario where upon the 13 per
cents accruing to the states cannot jointly set up a laboratory equipped
adequately with world class equipment and personnel to assist
communities, groups and individuals who are victims of the oil
industry?. Is that also a resource control issue that they need the FG
to approve,” Morris asked. LEADERSHIP