SHATTERING NEWS: EX-QUEEN NAOMI MAY NOT RETURN TO ILE IFE

by metronews
in Investigative, News
0

……..As Ife Traditional Cult cleans Naomi’s aura from Ife palace meaning she may not return to ife as Ooni’s wife again – 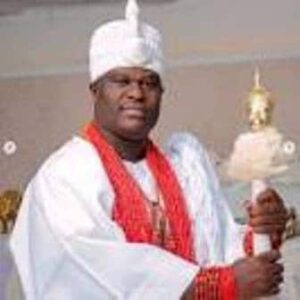 A REPORT MONITORED BY METRONEWS REVEALS WHY

Factcheckers As the digital space is filled and streaming with the perpetual news of the ‘ return of the prodigal wife’ of the Ooni of Ife Silekunola Naomi into the aristocratic palace of her husband, Factchecker in its tradition of sieving the grains from the stones has diligently gone to work at unveiling the veracity of the news. As of the time of filing this report, Factchecker uncovered that a traditional cleansing off Naomi’s steps and aura from the Ooni of Ife palace and vicinity has been spiritually carried out Thus sealing and killing the hope of Naomi’s returning to the palace as the Queen of Ife. 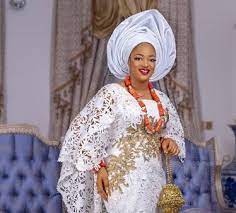 Fact checkers however is gored by the insensitivity of Moses Olafare Ooni’s Director of Media, who has refused to engage the media but rather keeping mum or burying his head like an ostrich while a lady of no consequence is trying to dent the image of the Aarole Oduduwa It is also shocking at the ingenuity of some Nigerians at fabricating and packing lines for the public consumption.

In our tradition and pedigree of not joining the multitude in spreading lies and bogus falsehood do we want the public to know that all the assumptions, propositions about the settlement, arbitration and conciliation being spread about on social media are just figments of imaginations and products of daydreams by busybodies.

It is also shameful and lamentable that hitherto trusted traditional media organisations particular the Punch Newspaper have joined the stream of discredited and a penny for lie media organ Fact-checkers independent investigation revealed that there was never a time any Ife Chiefs or any palace emissary went to Akure to join in an imaginary reconciliation move Thus all the news items relating to Naomi’s returning to Ife as the Queen of His Imperial Majesty , Oba Adeyeye Enitan Ogunwusi, Ojaja II are nothing but dark lies and contraption of falsehood from the bottom hell of dark imagination ‘ She has renounced being a Queen of the highest order in Yorubaland. Thus she shall be till heaven come ‘ revealed our source. @Factcheckers. .

READ WHY OGUN GOVERNOR WILL NOT HOST NEW YEAR GET-TOGETHER