Barely 24 hours after the abducted secretary of Isheri North Landlord
Association was released by his abductors, two members of the Oodua
People’s Congress (OPC) and five farm workers of Eliasa Farm have been
kidnapped in Igbodu area of Epe, Lagos State yesterday. 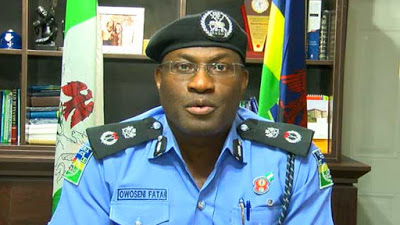 It was gathered that the gunmen, numbering about 15, dressed in
military camouflage, stormed the farm situated along Ishiwo road around
7a.m. and abducted the OPC members, who work as security guards and the
farm workers.

Investigation revealed that the two OPC members were employed by the
farm owner to provide security at the farm when kidnapping in the
community was on the increase in the area.

After the morning abduction, the victims were taken through the forest
into a waiting boat at the riverside. As at the time of filing this
report, the kidnappers have not contacted the farm management or
families of the victims.

“The sound of strange voices woke me up early this morning,” said
Isaac Ayuba, a farm worker who was lucky to escape. “Before I know what
was going on, I saw a man ordering me to open the door to the room where
I slept. I noticed there were other men in the premises. I counted six
of them and they were all armed. They were ordering my colleagues to
open their doors.

“One of the other men fired his weapon and the whole place was in
commotion. Even the armed man standing at my door was confused. So I
used the door to push him aside and ran towards the fence. He shot at me
as I did but missed. That was how I escaped,” he said.

Isaac and a farm manager called the police who visited the facility
and found no one. All the other workers had been kidnapped. “Marcus,
James, Modiu, Alfred and three other farms workers are missing,” Isaac
added.

A source in the area, who spoke on phone, said two weeks ago, the
same gunmen invaded the community and abducted six farmers and one
customer who came to buy farm produce.

The kidnappers also stormed the community on Friday, January 27, and
abducted a 24-year-old Olabiyi Ifeoluwa, a graduate of Nutrients and
Biotechnology from Ladoke Akintola University, Ogbomosho, Oyo State and
three other farm workers identified simply as Busuyi, Kposu, a Togolese
national and John.

The four kidnapped victims were workers of Tanda Farm. Thereafter the
abductors contacted the owner. It was gathered that N2 million ransom
and two cartons of red label gin were eventually paid as ransom for
their release.

The negotiator, Ayodeji Akinyemi, who is Ifeoluwa’s fiancé, was said
to have dropped the ransom at a designated point, as directed by the
abductors. He was said to have also been instructed on phone, the
direction he would lead the released workers through in the forest after
their release.

Akinyemi said the kidnappers also had a room where kidnapped babies
are kept, as well as first aid box for treatment of injured victims. He
also revealed that one of the victims, identified simply as John, who
attempted to escape, was shot in the arm.

The Lagos State Police Public Relations Officer (PPRO), Dolapo
Badmos, who confirmed the incident, said “it is true seven farm workers
were kidnapped at Igbodu area. The Lagos State Police command has
commenced investigation following the report and we are working
assiduously to rescue them.”

Also speaking, the Commissioner of Police, Fatai Owoseni, told The
Guardian that the picture was not clear yet on the reported
kidnap.According to him, “we received a distress call that some farmers
were kidnapped, but when the Divisional Police Officer and his men
visited the scene, they discovered there was no such incident, but after
sometime, I heard that it was some farmers who were off-loading chicken
that was kidnapped. We are still investigating the matter to get a
clearer picture.” Guardian