So it’s fitting that Jemma Lucy showed-off her near-naked body while holidaying in Cyprus, this week.

The reality TV star, 26, left very little to the imagination as she soaked up the sun on the popular island country.

Removing her bikini top to display her tattooed frame and cleavage, she also gave fellow tourists a glimpse of her recent Brazilian bum-lift.

Wading through the water with just a thong to protect her modesty, the ex-CBB contestant was clearly feeling good as a result.

Showcasing a Kardashian-inspired shape, the brunette – who shot to fame via Ex on the Beach – was all smiles.

It comes just a few months after she went under the knife to super-size her posterior. 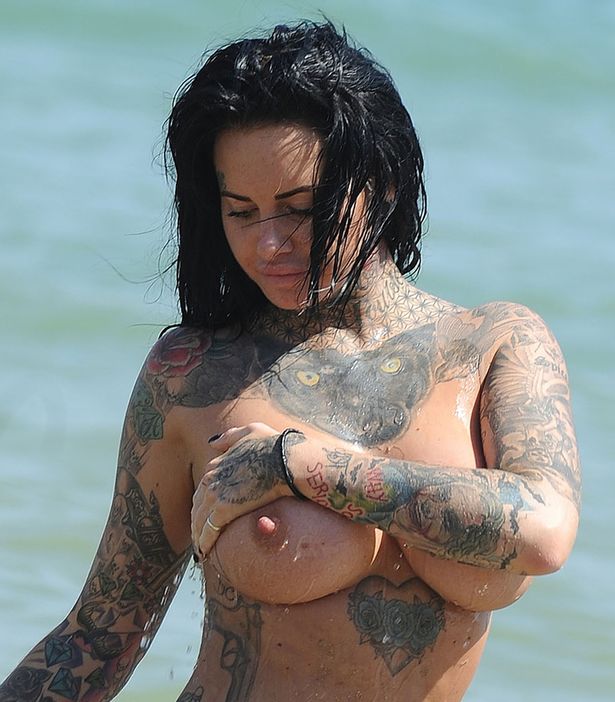 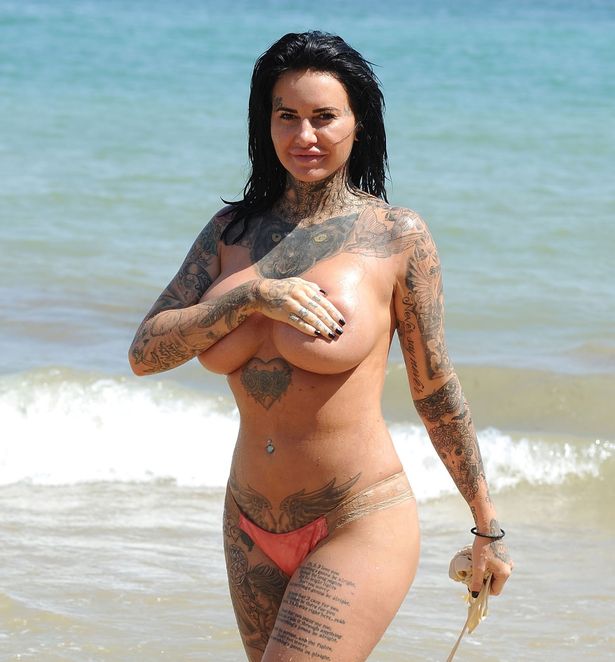 Earlier this year, Jemma was laid up and wrapped in bloody bandages as she recovered from her second bum lift, which involves extracting fat from her tummy and injecting it into the buttocks.

Just a week before that she admitted that she’d only just recovered from her last bum operation.

And, despite the procedure’s success, she recently revealed that she wants more surgical enhancement on her already-ample rear.

“I want more surgery. This bum thing – I’m obsessed!” she told The Sun. “I want it double what it is now.”

When she went for her first surgery, Jemma shared her excitement on Snapchat.

“I’m excited because I’m going to have a big bum and I’m going to shake it all the time, and it’s going to be a bubble butt,” she said.