When you see a couple without quarrels, there is money in their union —Okunnu 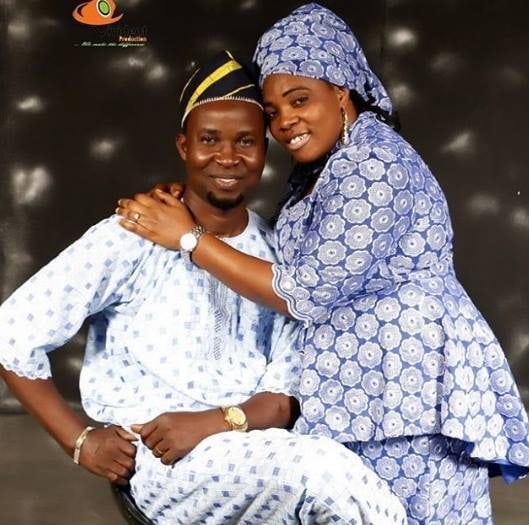 How did you meet?
Wale: We met in 1995 when I came to Nigeria from Saudi Arabia. I used to come home occasionally then. On that day, I went to meet a friend in Dugbe area in Ibadan, Oyo State. As I wanted to enter my friend’s office, I saw her in a shoe shop beside my friend’s office. I asked my friend who she was after I saw him and if I could talk to her. He said I could since she was not married. I immediately sent one of his apprentices to call her but she refused to come. I decided to meet her myself and told her I was the one who sent for her. She said she did not know me and could not have followed the person I sent to call her. I apologised and said I would like to talk with her but she said she was busy. I left and promised to see her later but I could not return to the area before I went back to Saudi Arabia. I used to ask after her anytime I called my friend on a land phone. I requested to talk to her one day but my friend told me that she said she was busy. I did not return to Nigeria until a year and four months. When I returned, I went to see her and told her I had an interest in her. I did not want her to know where I lived because I had furnished my apartment to taste at the time. I wanted to know her character well. So each time I called her, I always told her to meet me in my friend’s place. One day, she told me to take her to where I lived. After I was convinced that she was someone I could marry, I invited her to where I stayed but told my sister not to take her straight to my room whenever she came. When she came, my sister was not around. She saw a boy who pointed to my room when she asked where I lived. She knocked and I just opened the door. I was surprised that day but felt that was how God wanted it. We eventually got married in 1997.
Wunmi: I met him in 1995 when he came to visit a friend of his whose office was near a shop I was working at the time. When we became close, I asked him where his house was as he always asked me meet him where his friends were. He invited me on a day and I said I wanted to see Alhaji Wale and I was showed his room.
How did her parents receive you?
Wale: She was staying with her sister who accepted me when I proposed to my wife and I later met other family members. I then loved her more after knowing her parents were late.
Wunmi: My siblings accepted him warmly.
What attracted you in each other?
Wale: It was her beauty and the fact that she was hard to get. I do not like cheap ladies. Her tough stance made me continue to trouble her. I also prayed and all what I saw in my dream was what he also saw. I was surprised and that also propelled me to go ahead.
Wunmi: Being a Muslim was the first attraction. Then, when I prayed and dreamt about what he had earlier dreamt about, I knew I would marry him.
What food does he enjoy most?
Wunmi: He enjoys amala (yam flour) and beans.
How has your marital journey been?
Wale: I thank God for the journey of our marriage and for giving us good children; a boy and two girls. Things were tough in the beginning and she could have left me if she wanted to but she endured. I knew that if I had married another woman, she would have left me during the period. Many people advised her to leave me. But she stayed. Anytime she did anything to offend me, I always remember that moment. She is a wonderful woman.
Between love and money, which is more important in marriage?
Wale: Love is important. When there is love, there will be everything. God stays where there is love. God will put money where there is love.
Wunmi: It is love because if one marries for money and there is no longer money, the marriage will scatter. For instance, we had nothing when we got married and today, I thank God that things are looking up. If I had married him for anything else, I could have left. But I love him and married him for love. 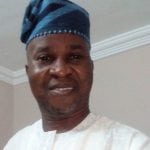 Your first disagreement was over what?
Wale: We had a lot of disagreements initially. When there is no money and there is poverty, there will be disagreements. When you see a couple without any disagreements, there is money in the union. If your wife needs N10, 000 and you give her N50, 000, there will be no problem.
Wunmi: He hardly gets angry. I also do not offend him often. If I offend him, I apologise and he apologises if he is the one at fault.
Do you keep a joint account?
Wale: No. I am an African man from Ogbomoso, Oyo State, but born in Ibadan. My wife has her own separate account but I borrow money from her and I pay her back. I have peace of mind borrowing from her as I can return it at a time convenient for me. My father did not keep any account with my mother.
When did you start acting?
Wale: I started acting when I was in primary school. The late Ishola Ogunsola (Isho Pepper) inspired me to go into acting. I used to sneak out of school wearing my uniform to watch his rehearsals but he would send me back to go and learn.
Are you hilarious at home?
Wale: I am hilarious at home as I am in movies. My wife and children know that there is no dull moment anytime I am at home. I learnt comedy from my late mother. She was not an actress but anytime she returned from the market, she would act out everything that happened there. She would mimic everybody the way they spoke.
Wunmi: Yes, he is. You need to see us at home whenever we are together, acting our own movie. Actor Muyiwa Ademola and a cinematographer, David Otemolu, always make fun of how we joke. They always jokingly tell him to bring me to location. I like all of them and they like me too.
How did you get the stage name, Okunnu?
Wale: I always like to use names which people will readily remember. I heard the name in one of the songs of the late Sikiru Ayinde Barrister in 1984 and I wrote it down. All the characters in my movies bear uncommon names.
What pet name do you call your husband?
Wunmi: I call him mine or honey. I don’t call him Okunnu. If I want to joke, I can him, Okunnu ti ko lokun ninu (Okunnu without strength) as an actress referred to him in a film, Tewetegbo. But Muyiwa Ademola always tells me that Okunnu ti lokun ninu o (Okunnu now has strength).
How do you celebrate your wedding anniversary?
Wale: I have plans to celebrate our 20th wedding anniversary.
Wunmi: He takes me out to Agodi Gardens or for shopping and other exciting places. My husband makes me happy always and not only on our wedding anniversary.
What special gift have you given your wife?
Wale: It is a secret I am planning for her. I will post what it is on the Internet when the time comes.
Wunmi: He once bought me some precious items from Saudi Arabia.
Why do you think celebrity marriages don’t last?
Wale: Marriage is not something one jumps into. One needs to pray well and be sure because it is for life. Any marriage can collapse and it is not only celebrity marriages that don’t last. People talk about marriages of celebrities because they are famous people. 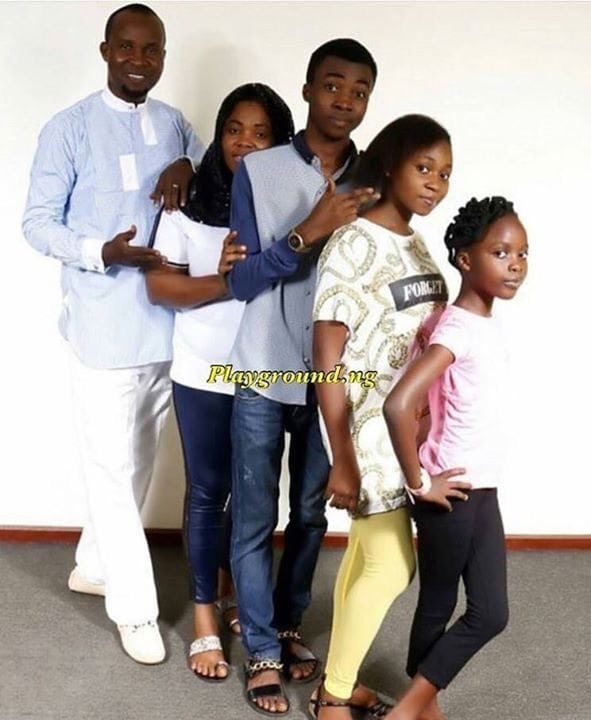 How has your attention shifted from him to your children?
Wunmi: My attention has not shifted in any way from my husband. I create time for my husband and also for my children. We would not have the kids if we did not marry ourselves.
Which of his films do you like most and why?
Wunmi: They are Afurugbin (The sower) and Iwokuwo (Modernity). They are great movies. I like the part my husband and Ronke Oshodi Oke (Ronke Ojo) played in Iwokuwo. The roles played by Ronke make me love her more and I know she likes me too.
How do you relax?
Wale: I am always indoors with my family. I know that I could be away to work for three weeks so any opportunity I have to relax, I spend it with my wife and kids.
Wunmi: He enjoys sleeping anytime he is not going for any movie shoot. The children and I always like him being around during those moments.
How do you cope with his female fans?
Wunmi: I know many of his close female fans. I am also aware that his work is associated with males and females. Even if he does not want to call on women, they will call him to appreciate his acting style as an actor. Whoever marries a celebrity should understand this especially if the person wants a peaceful home.
Wale: Some people ask me why I always look gentle whenever they see me, I usually tell them that I am a calm person naturally and that Okunnu in movies is different from Wale Akorede in real life. If I do not behave the way I do in movies, they won’t be entertained. But the real me is a quiet person.

Hi-Impact Children's Day: These Are What You Missed

Hi-Impact Children's Day: These Are What You Missed