Saraki during had cut short his trip to Arochukwu where he attended the funeral service of Madam Matilda Nwannediya Ohuabunwa the mother of the chairman, Senate committee on primary Healthcare, Mao Ohuabunwa.

He also condole with him and the people of Offa over Thursday’s vicious attack in various banks within the city.

Describing the incident as cruel, the Senate President said no stone will be left upturned in fishing out the perpetrators of the act.

Saraki said: “Yesterday’s savage attack on unsuspecting citizens and establishments in Offa LGA, that led to significant loss of lives and injury is a despicable act committed by cruel individuals.

“Make no mistake, there will never be any valid grounds or rationale behind such violence that has left many families without their loved ones — and one more community in grief and shock.

“Last night, I spoke to Governor Ahmed to express my condolence on the lives that were lost in the attack, and we both agree that no stone will be left unturned until the perpetrators of this heinous act are caught and brought to justice.

It is also important that we all work together to ensure that this does not reoccur. We all must co-operate at various levels to increase the security of our communities,” Saraki said.

It has earlier reported that the Nigeria police had confirmed that no less than 17 people were killed in the bank robbery incident that took place Offa city of Kwara state.

The police also said eight of those killed in the incident were police officers. 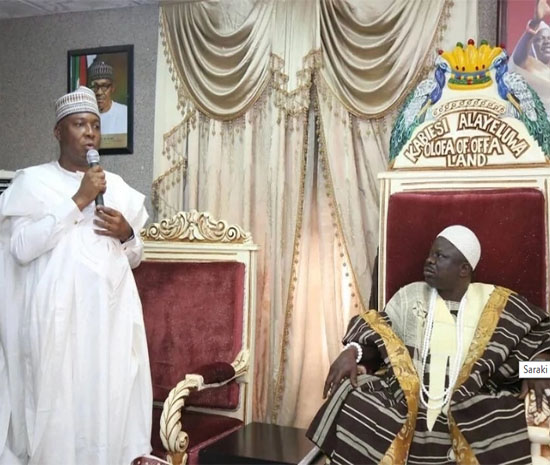