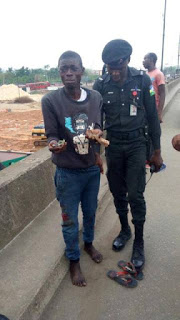 The newly deployed mobile CCTV camera procured by the
Lagos State Government for the operatives of the Lagos Rapid Response Squad has
recorded its first surveillance arrest.

The suspect was arrested in Oshodi while the Mobile CCTV
was being deployed at Oshodi to monitor the area.
The suspect Emmanuel Alowonle, 18-year old, a native of
Ondo State, disclosed during interrogation that he came to Lagos about two
years ago and work as a bus conductor in the area.
Alowonle was arrested after stealing from another
commuter handbag on the pedestrian walk way.
The mobile CCTV camera was parading oshodi when it sited
Emmanuel in the crowd picking from a passer-by handbag.
The CCTV camera was jointly managed and put into use by
both the RRS operatives and technical assistance by the Lagos State Response
Unit, (LRU). 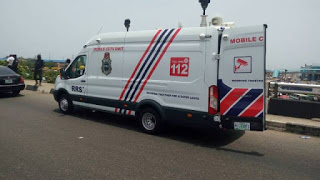 The emergency management parastatal of the Lagos State
Government handled the technical knowhow of the camera while men of the RRS
took charge of the security aspect of the newly deployed security mechanism.
The surveillance patrol team afterwards patrolled through
Ilasa area, mile 2, and Airport road in same manner of test running and putting
into use the mobile surveillance technology. 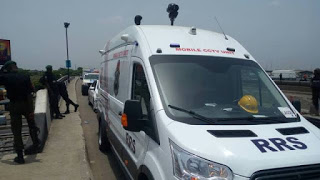 The mobile CCTV is geared towards helping security
operatives in close monitoring and wider view of Lagos crime prone areas and
also enhances prompt detective ability of security men in the state.
It will be recalled that the Lagos State government in
its effort to combat crime in the state gave out the surveillance mobile CCTV
to further help in the tracking down criminals and identifying crime scenes in
the State.
The Governor while handling over the security mechanism
to the Commander RRS said, the present administration is on top of the
fulfilment of its triangular tripod agenda which security and empowerment of
security operatives lingers on. 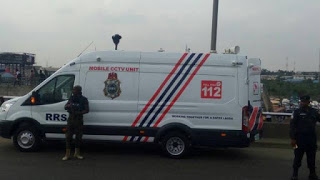 Confirming the development, the Police Public Relations
Officer, Assistant Superintendent of Police, ASP Olarinde Famous Cole, said
that there would be no hiding place for those who come to Lagos to perpetrate
crime, adding that the police would fish them out of your hiding.
The suspect have however been charged and handed over to
the security task force for further investigation.