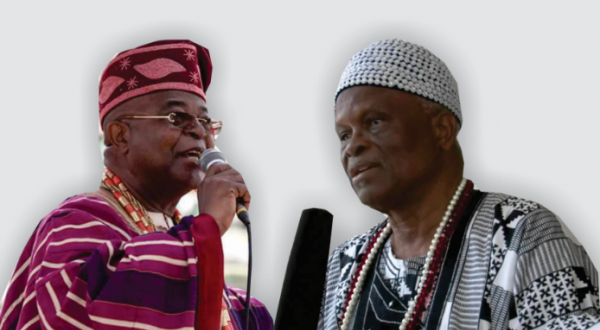 Following the recent media comment attributed to the office of Oba Adedotun Aremu Gbadebo, the Alake of Egbaland, where he opposed the desire for Owu Traditional Council with the Olowu as the Paramount Ruler, the Olowu of Owu Kingdom, Oba Adegboyega Dosunmu has replied saying, Owu people are not under the control of Alake.

The comment which also object the existence of two paramount rulers in the ancient city of Abeokuta, Ogun state was credited to a close aide of Alake, Baapitan of Egbaland, Chief Adebola Lawal.

In his reaction, the Olowu of Owu through a statement issued and signed today by Oganla of Owu Kingdom, Alhaji Saheed Akinmade stated that, Owu People are independent ethnic group different from the Egbas; and as a result, they are not under the control of the Alake or any other Egba Oba.

“Our attention has been drawn to a publication captioned “Stop lobbying Government, Alake cautions Olowu”, with the rider, “Says we can’t have two paramount rulers in Egbaland”.

“Since neither the publication nor its contents have been denied or refuted by Alake of Egbaland, our conclusion is that the publication was a true reproduction of Chief Lawal’s statement.

“Since the statement contains erroneous and misguided views that must be corrected immediately, we have decided to issue this counter statement,” he added.

He noted that the Owu people also have the right to continue with the appeal to the State Government, to have Owu Traditional Council and Olowu as the Paramount Ruler because it is legitimate right.

“There are two Paramount ruler in Ogun East Senatorial District, the Awujale for Ijebu and the Akarigbo for Remo.

“Meanwhile, Ogun central is larger than Ogun East and therefore deserves another paramount ruler, more so, the Olowu domain also extends to some parts of Ogun west,” he added.