It was tears and shout of joy as popular Nigerian Prophet, Joshua Iginla, the General Overseer of Champions Royal Assembly celebrated his birthday in South Africa by giving 34 widows 10,000 rands each. He also gave 78-Year-old woman and five other widows cars each and 10 orphans 100,000 rands and a brand new Red V polo car.
South Africans were dazed on Sunday, June 11, 2017 when the amiable clergy while celebrating his birthday at the Johannesburg branch of his flourishing ministry in South Africa splashed the multi-million naira gifts and cash on the needy.
It was a great moment for the widows and needy as they all were shocked and astonished with the gifts by the ever philantrophic prophet.
Some of the 34 widows burst into tears openly due to the fact that they never expected it couple with the current recession plaguing the country.
The high point of the celebration was when he dashed a 78 year old widow a brand new car along with five other widows exotic cars.
Mama Solang Mulanga got a Kia Picanto, mama Njiba Julian received a Mercedez Benz , Maggie Manila, a Toyota SUV , Patricia Manuel , a Chevrolet Spark, Nozizwe Pongola was given an Hyundai and Namie Ramakwuela got a V Polo.
According to Mama Njiba Julian, ” I am speechless and can’t control my tears because this is strange in South Africa’. Mama Solanga too expressed shock and with tears said , ” I am overwhelmed.
While explaining his reasons for doing this, Prophet Iginla said, “As a way of marking my birthday, I feel that we should show more love to these ones and more love to them than any other person. We are not showcasing them to show we are givers but to teach you to visit orphanages. There are some children without parents, show them much love. To me, my birthday is not about what you give to me, its about how many times these loved ones (orphans) can be touched by the feelings of our love’’.
Talking about why he is making the gift known to the public, he said, ‘’ what I’ve given in the secret is so much that it cannot be compared to what I’m giving as an example for you to do. If we don’t give like this, you wont know we are giving. You will be criticising us saying that all these men of God don’t give.’’
Furthermore, while emphasising on why he made it known to the public, he said, “It is believed that when a Nigerian comes to South Africa, he has come to take money. No, It’s a passion and our passion is just to help souls. I can’t Say what I’ve given secretly, it is alarming. The bible says we should give secretly. It ’s true and I’ve given secretly. Jesus fed 5,000 openly, he turned water to wine openly, there’s a time to give secretly and a time to give openly. This giving is not a show off. If it’s show-off, take your own money and use it for show-off. You can fake prophecy but you can’t fake giving. If you are not a giver, you are not a giver. It is in giving that we find love. For God so Love the world that he gave his only begotten son. In Botswana we built a house for a widow, both in America, in London I do the same.My Private Jet is the widows, orphans and less privileged I touched. if I want to buy three or four jets, I can buy but these are my priority”
His birthday celebration took a new turn this year compared to the previous years done in Nigeria. It would be recalled that On Sunday, 21st of May, 2017 he coughed out a whooping N23Million for 115 widows in his Champions Royal Assembly headquarters, Abuja. 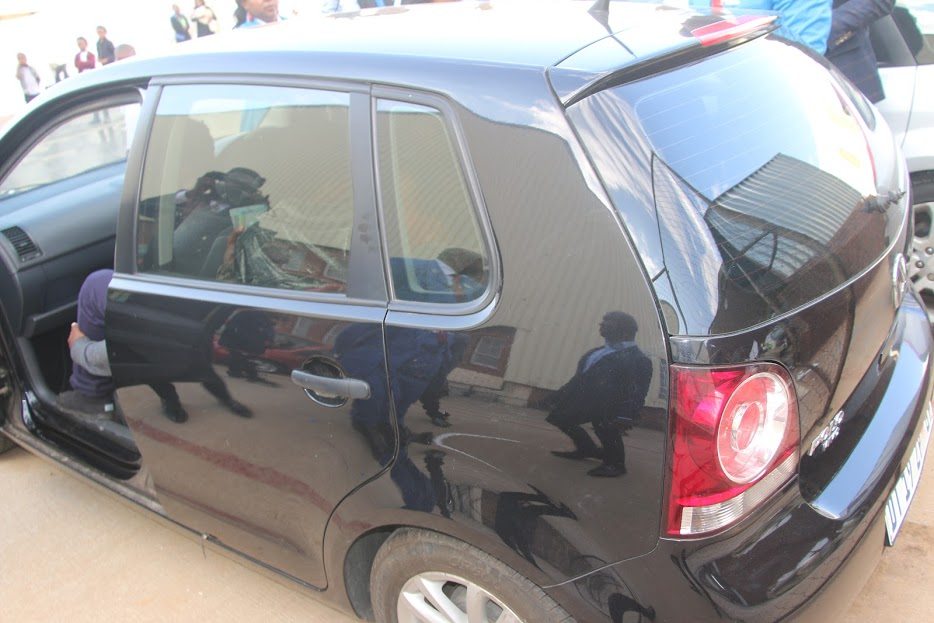 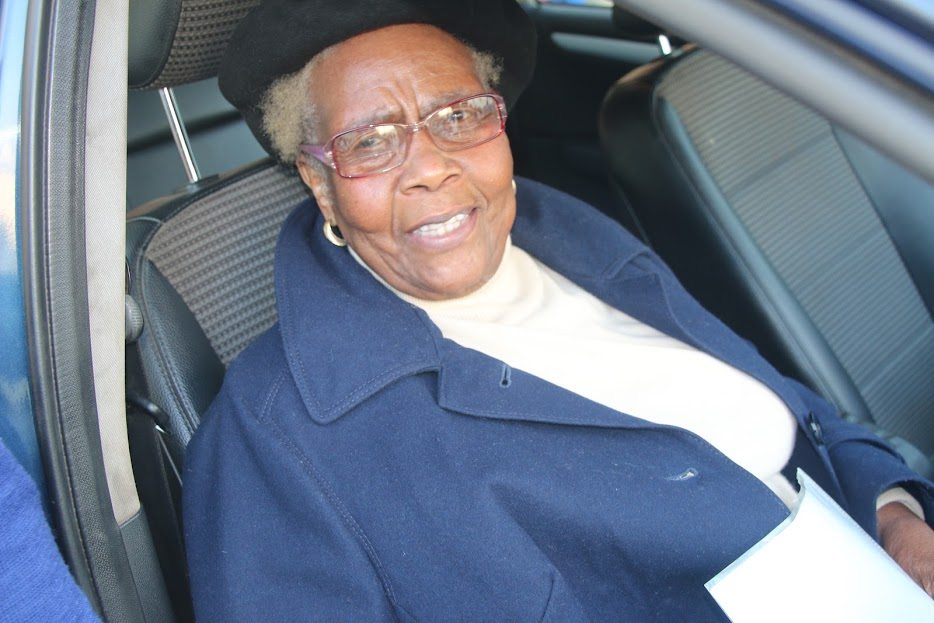 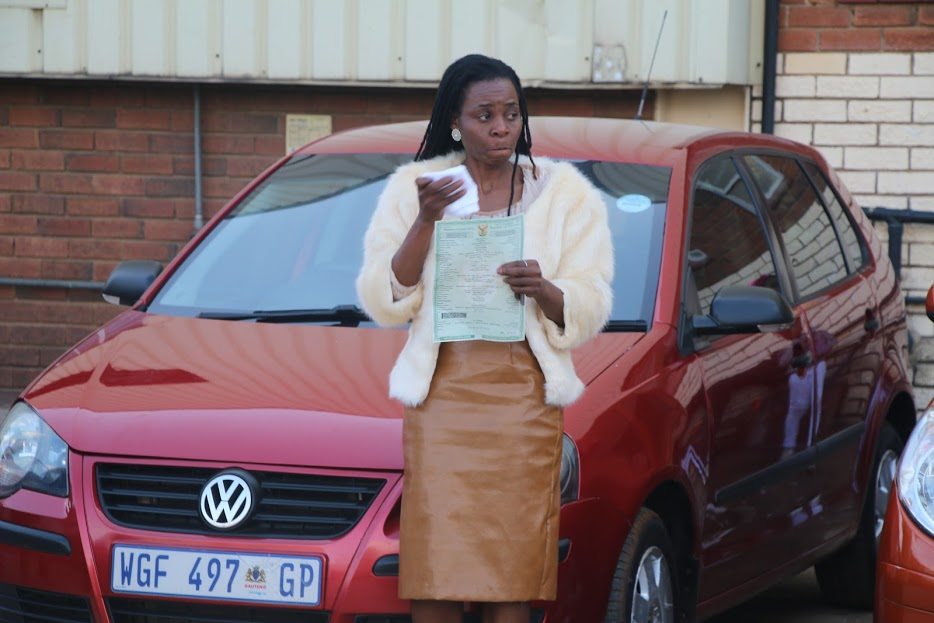 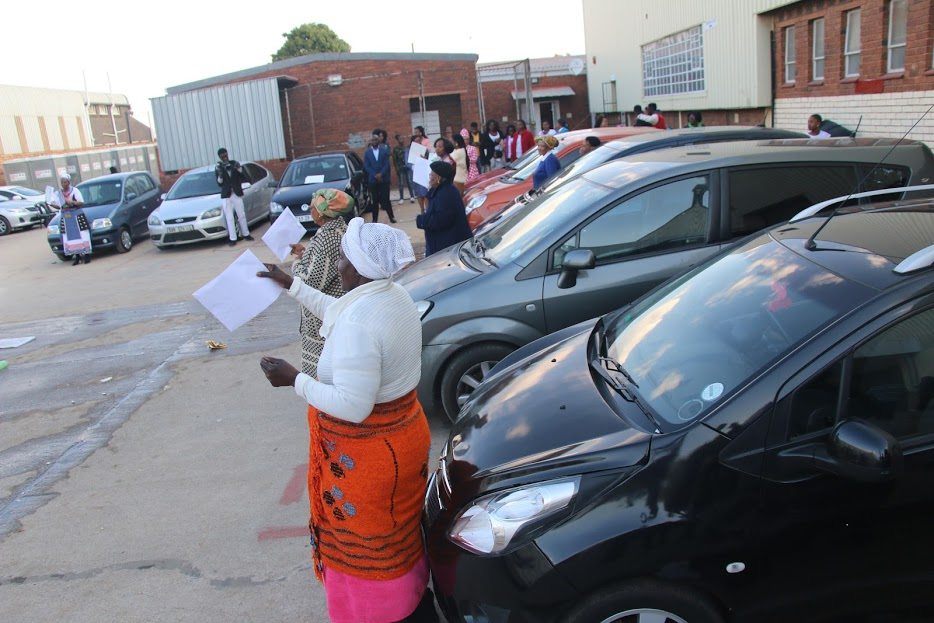 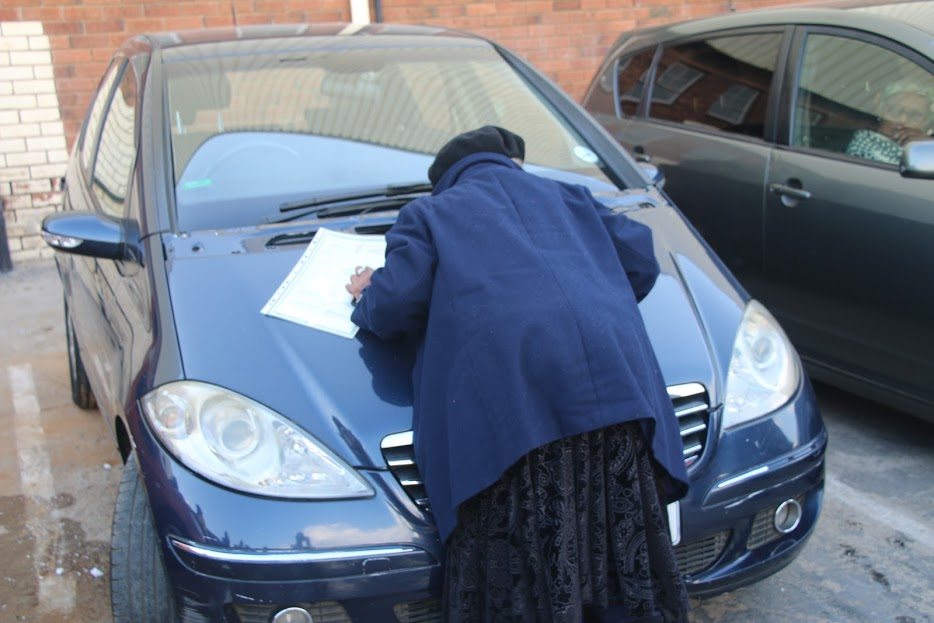 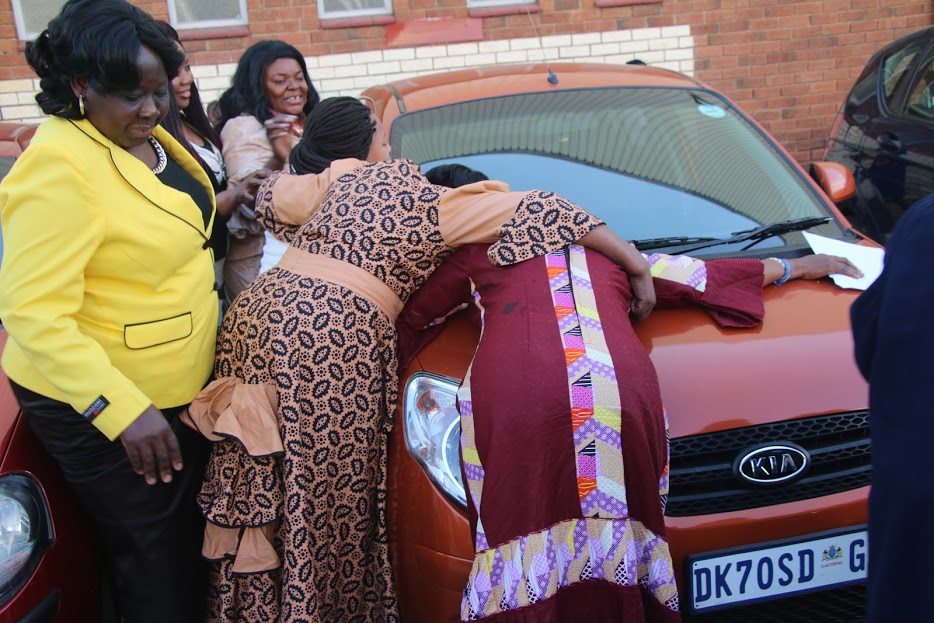 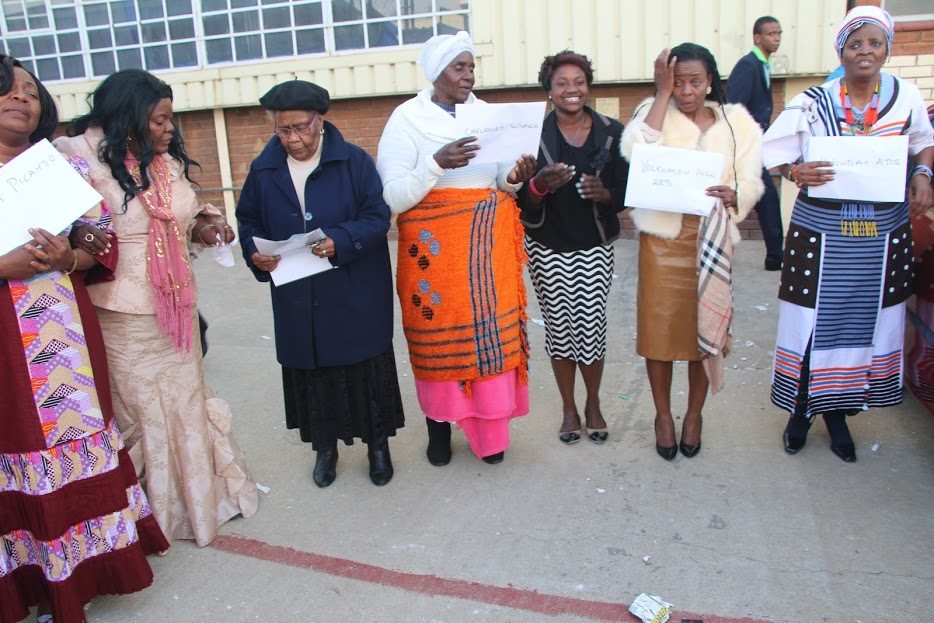 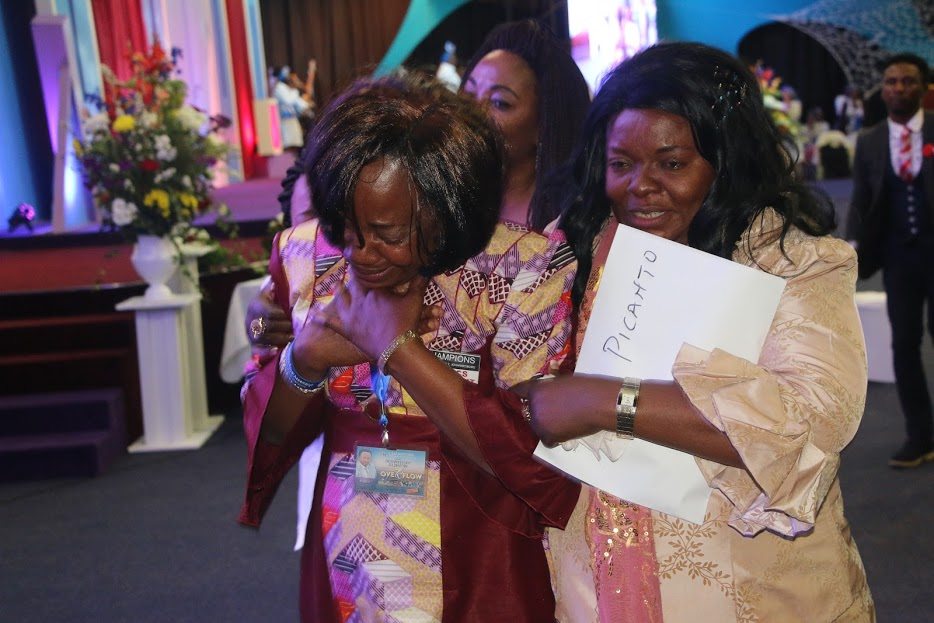 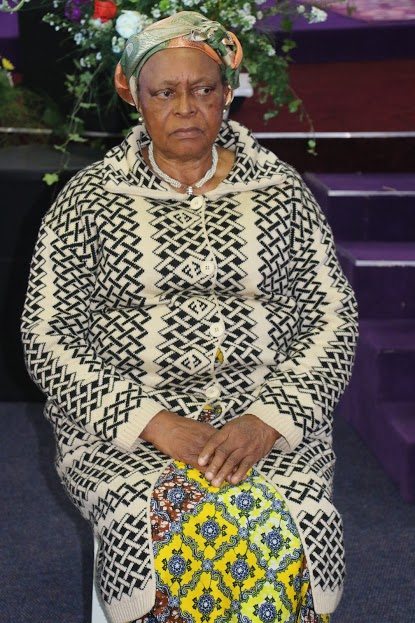 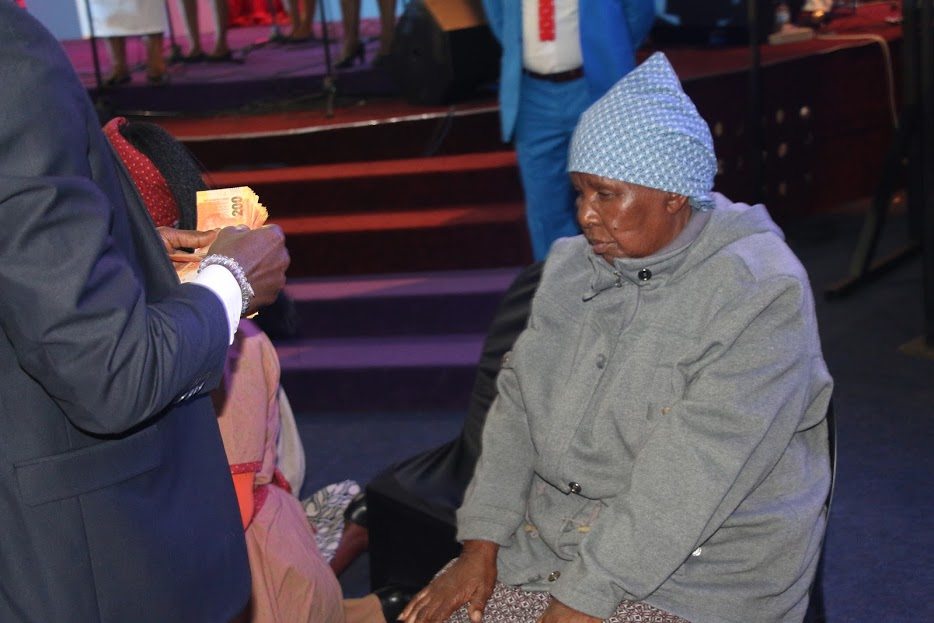 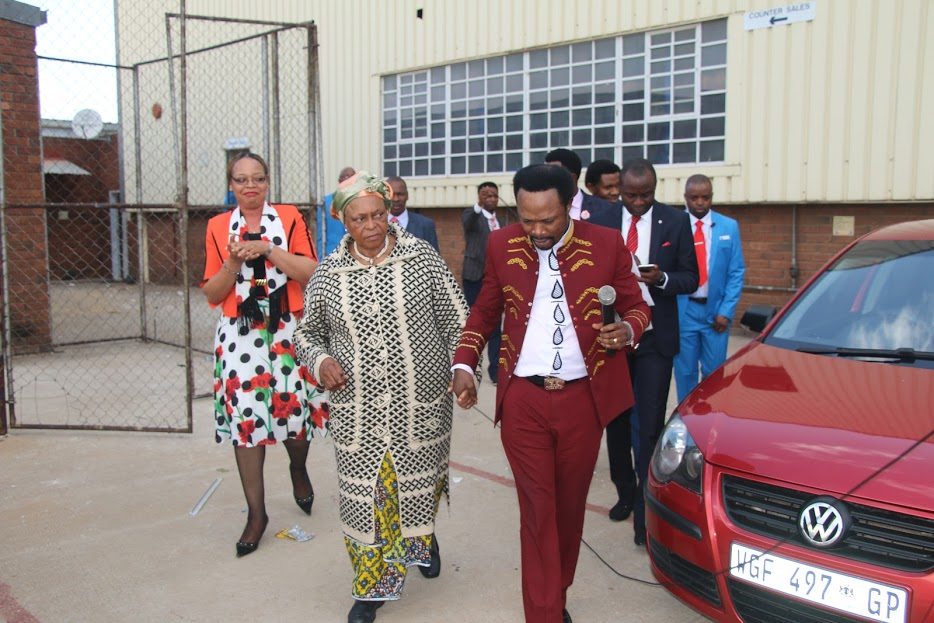 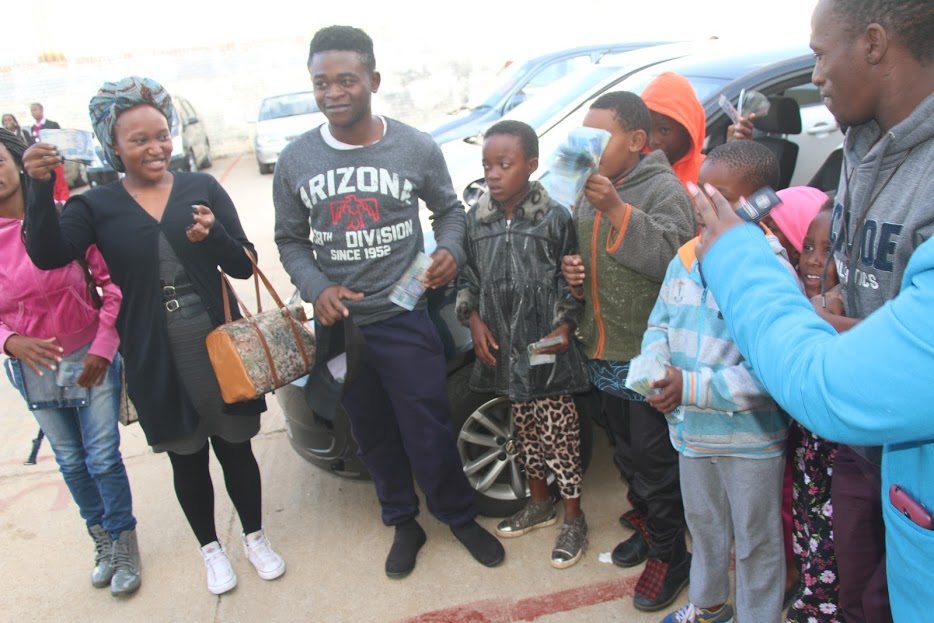 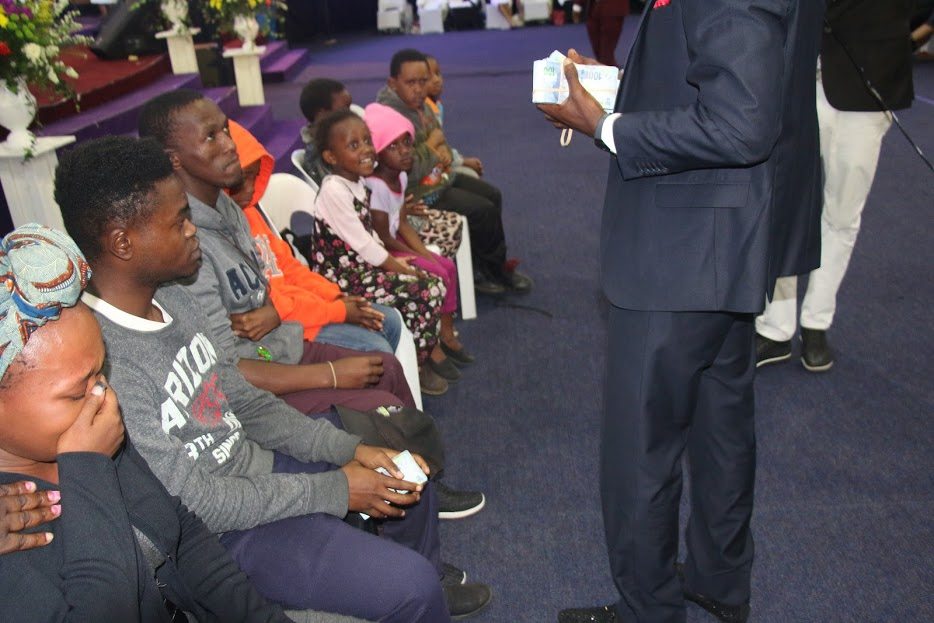