The Presidency has summoned the Governor of Akwa Ibom State, Mr Udom Emmanuel over repeated cases of violence against APC members in Akwa Ibom State.

The Governor is said to have reported in Aso Rock Villa on Tuesday evening following unease in security circles that if left unchecked the situation may degenerate into full blown crisis.

We gathered that top officials in the Presidency held a meeting with Governor Emmanuel and emphasized the need for him to rise to the occasion as the chief security officer of the state instead of his current partisan posturing.

It would be recalled that members of the APC in Akwa Ibom State have become targets of sponsored violence in recent weeks. Few weeks back unknown gunmen had launched an attack on the country home of Senator Akpabio.

In another incident the governorship candidate of the APC in Akwa Ibom State, Obong Nsima Ekere’s residence was also attacked with a bullet fired into his bedroom through the roof. 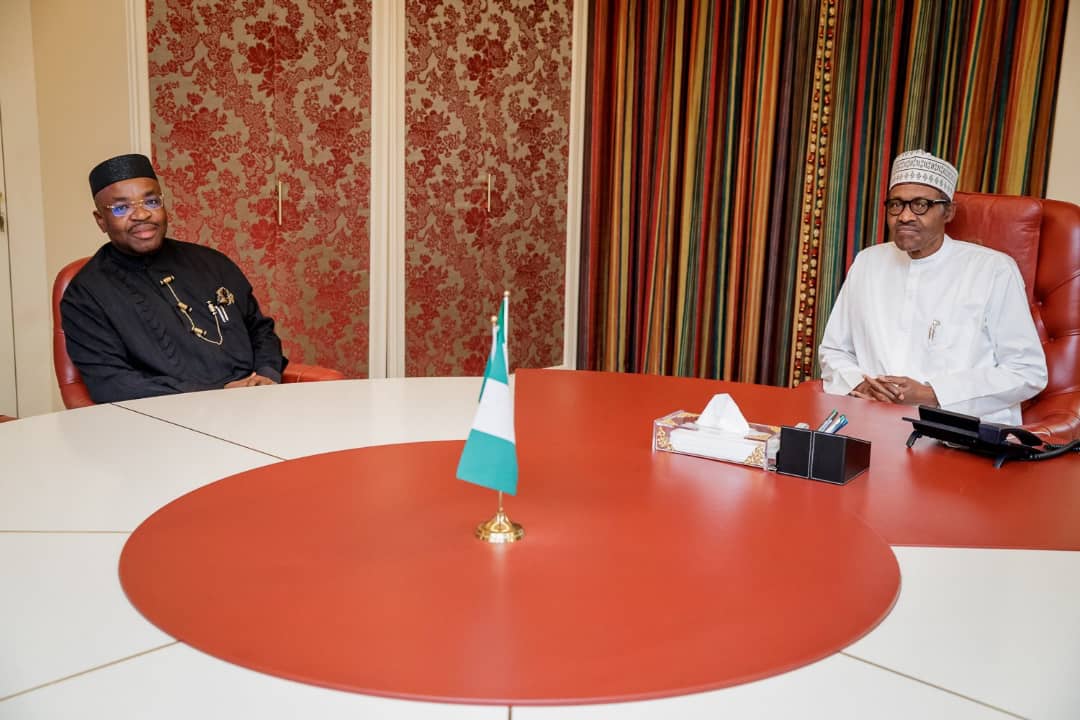 The former Special Assistant to the Governor of Akwa Ibom State on Electoral Matters, Barrister Mfon Udeme was also shot by assassins and is lying critically ill in a hospital.

The campaign billboards of President Muhammadu Buhari and Obong Nsima Ekere have also come under attack by agents of the Akwa Ibom State government which led to the recent arrest and detention of the Commissioner for Environment,  Dr Iniobong Essien.

Sources at Aso Rock Villa said Governor Emmanuel had pledged to caution members of his party, the Peoples Democratic Party (PDP) not to take any action that would threaten the peace of the state.

In a related development, sensing an imminent defeat at the polls next year the Governor is said to have pleaded for soft landing promising that he would work towards the re-election of President Muhammadu Buhari and in return be allowed to go for a second term.

According to an impeccable source who was privy to the meeting, Governor Emmanuel reportedly said that with the recent decampments into the APC, he was not sure of free and fair elections in the state and pleaded that he would do everything within his power to deliver President Muhammadu Buhari in return for being allowed to contest unhindered.

He is said to have been very sobber and pleaded that a deal should be arranged between him and his estranged godfather,  Senator Godswill Akpabio. As part of the proposed deal, he is said to have promised that he would sponsor the campaigns for President Buhari in all the States of the South-South.

Our source said the deal was roundly rejected but he was promised that the Presidency won’t interfere in his election, telling him that the decision will be that of Akwa Ibom people. The Governor is said to have left Aso Rock Villa late Thursday evening dejected.