by metronews
in Crime, Education
0 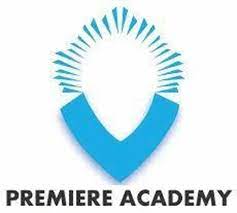 The Parents Teachers Association of Premiere Academy, Abuja has waded into the controversy over the death of one of its students, Keren Akpagher, who passed away in now controversial circumstances in June 2021.

The parents made the demand in a statement by their Chairman, Uche Anyanwu, after a meeting with the school management.

The Association said it had closely followed the clash of passions and positions in the public space with regards to the unfortunate death of Akpagher.

According to Anyanwu, the matter of the unfortunate death of Akagher in a clinic in Abuja last June is heart-rending and that the Association continues to pray for divine comfort and justice for the bereaved family.

The PTA stated that it had closely monitored developments and is convinced that the circumstances leading to the student’s medical emergency while at home with her mother should also be looked into.

The Association said it resolved that as responsible parents, it could no longer fold its arms and watch agenda-driven people destroy the hard earned credibility and reputation of their children’s school.

It noted that the Association found it disturbing that this uncommon tragedy that binds the family, the Association and the school together may have been hijacked by some external, agenda-driven, public hate and hostile campaigners who now spread discontent and misinformation in the public space.

The PTA maintained that the Federal Capital Territory Police Command, which had investigated the matter to the point of obtaining an autopsy, owed members of the public the duty to publish its finding.

It noted that for as long as the Police continued to delay the release of its investigation report, so will mischief makers continue to take advantage of the vacuum to create hate and disharmony in the public space.