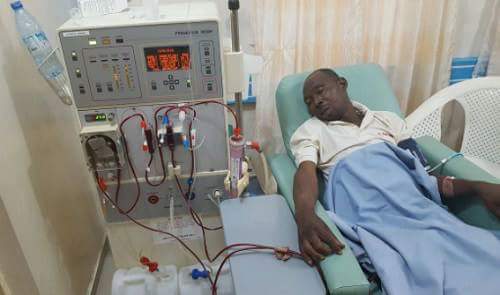 He has been diagnosed with kidney failure and has since been hospitalized at unknown hospital in Ogun State where he’s currently receiving treatment and would require millions of naira to survive.
Well meaning Nigerians have been urged to come to the aid of the actor who is in critical condition.
His colleague and popular comic actor, Mr Latin shared photos from his hospital bed with the caption, ‘Thank you kind hearted Nigerians both home and abroad for your prompt response, on the failing health of prince Adesina Adesanya aka pastor Ajidara due to kidney failure, he is gradually responding to treatment and with your supports, he will soon be back on his feet.