No fewer than 10 protesters have been arrested by security operatives at the Lekki toll gate, one of the coordinators of #OccupyLekkiTollgate has said.

Kunle Ajayi told our correspondent that the protesters were detained in a black maria and are about to be taken to an unknown location.

“Police have just arrested 10 protesters – Four ladies and six guys. They were beaten mercilessly and injured,” he said.

Meanwhile, the #DefendLagos group led by Alabi Oladimeji, has suspended its counter-protest expected to hold at the #Lekkitollgate Saturday.

He made this known at a press conference hosted on his Facebook page. 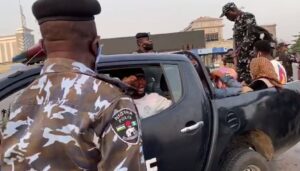 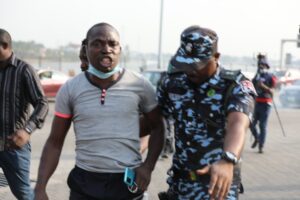 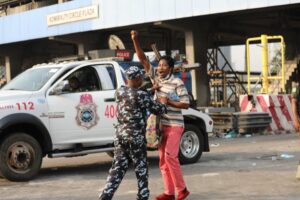