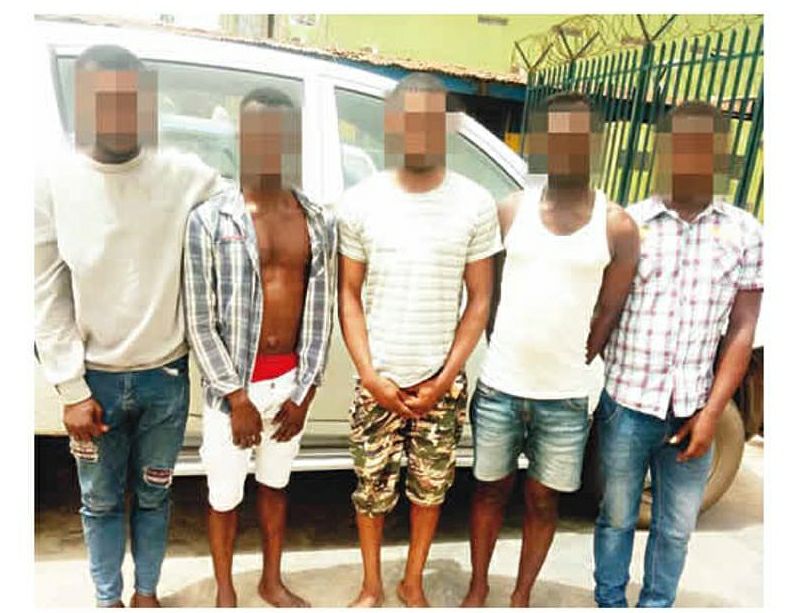 According to Punchng, one of the men identified as Ezeugo, who is HIV positive, allegedly infected his first lover. He was about to sleep with another lover he brought into the house when the first boyfriend he infected raised an alarm around 2:18am this past Tuesday.

The place soon turned into a war zone before their co-tenants put a distress call through to police. The suspects between the ages of 20 to 31 , Marvellous, Dara, Ezeugo, Akachukwu and Abuchi were picked up by police around 3am.

Two of the suspects are from Lagos while the three others are from Cross River state. A police source said the prime suspect, Ezeugo, confessed to have been a homosexual for about five years.