by metronews
in Health, Investigative, News
0 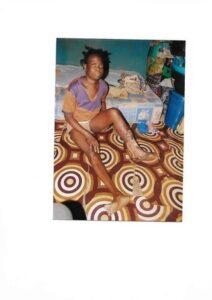 For some years now, all has not been well with Fatimoh Bolanle Muritala, a 31-year-old food vendor from Ifelodun Local Government Area of Kwara State. And right now, she is appealing to kind-hearted Nigerians to help save her life.

For the past six years, she has been battling with a chronic large leg ulcer. Chronic leg ulcer is defined as a defect in the skin below the level of knee persisting for more than six weeks and shows no tendency to heal after three or more months. Chronic ulceration of the lower legs is a relatively common condition amongst adults, one that causes pain and social distress. More importantly, she had been told she would need about 10 Million for the venous disease.

The pain, according to the poor lady, would start from morning and run through the night. It could last for weeks or even months, depending on its response to the administered drugs. “There is no kind of pain reliever that I don’t have,” she said. That is what Miss Fatimoh has been going through for the past six years. To her, it was as if the world had come to an end, considering the complications that followed the venous disease.

She specifically calls on the government of her native Kwara State, the leadership of her local government, Nigerians as well as churches and philanthropic organisations to come to her aid. Mrs Adamo Muritala, Fatimoh’s mother told Bold Oracle Media House that her daughter had an accident when she was on a motorcycle going home in 2015 and was rushed to Ota general hospital and they treated her for some time and doctors later stopped the treatment when she couldn’t pay for Fatimoh’s bill. She also explained that she had gone through hell trying to save her daughter’s life since the accident occurred.

“A consultant at Ota general hospital, Onipanu, Ota, Ogun State who doesn’t want his name in print, confirmed the chronic leg ulcer and recommended that a surgery should be carried out to solve the problem. We therefore made an inquiry on how to go about it, and they told us that it could be done successfully with the sum of about 10 million.”

Mrs Muritala, said the weekly drugs have rendered her family bankrupt. She appealed to government, corporate bodies, non- government organisations, religious groups and individuals to assist her raise the money for a successful surgery in Abeokuta General Hospital.

As a successful businesswoman, the widow explained that she never depended on anybody to cater for her family since her husband’s death in 2013. But now, the ailment has reduced her to almost a pauper, living on people’s financial assistance. She Bold Oracle Media House that, in the last six years of the Fatimoh ordeal, she never bothered anybody. She noted, however, that, at this time, she was really in need of help. She is begging Nigerians to come to her aid since the ailment had grown bigger than what she and her children could handle alone.

“Everybody, except God, has abandoned me. My brothers, sisters, friends, and in-laws have all abandoned me. They said my daughter will die. I am only living by the grace of God. Please, come and save me,” she pleaded.

A family friend, Mr Funmilayo Oluwaseun David, publisher of Bold Oracle Media Foundation, also said it had not been easy for the family. He called on philanthropists and good spirited Nigerians to come to Fatimoh’s aid. 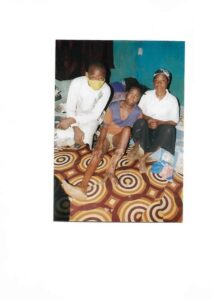