Since Omotola, a-32-year-old woman was brought by her mother to Olakunle, this high-libido sex driven pastor had embraced it, assuring the mother he will bring an end to her daughter’s sickness.

This married woman who had had issues in her matrimony claimed that Olakunle had sex with her when she was undergoing spiritual healing in his church, adding that the intercourse resulted in pregnancy. 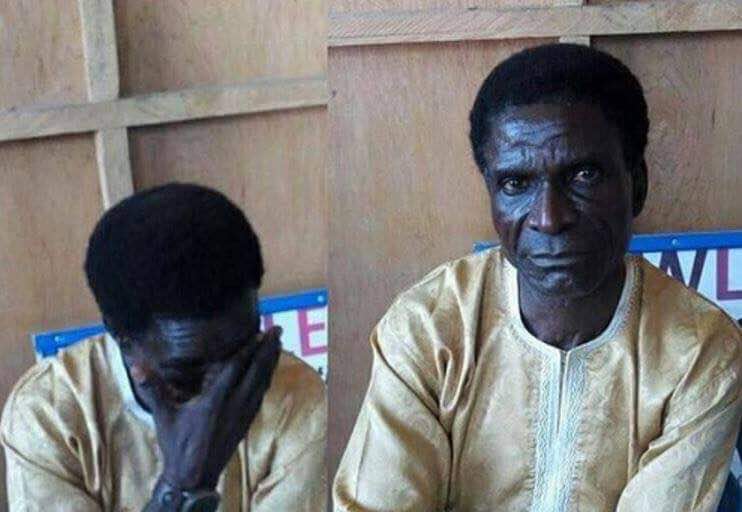 As narrated of her ordeal on a programme on Adaba FM, Akure, Ondo State, Omotola maintained that her mother, who was a member of the church, introduced her to the pastor when she was battling with severe cough. The pastor was allegedly fond of praying for women in the church without their clothes on.

Omotola, an indigene of the town, said after the intercourse with the pastor, she became pregnant, adding that she aborted the pregnancy without telling her husband about it.

Her words: “I had severe cough and my mother took me to Pastor Olakunle Mathew for prayer. After praying for me, he said I needed a shaving stick and a handkerchief to perform the spiritual exercise, which I took to him.

“The pastor told me that he wanted to use my pubic hair to perform some spiritual work that would solve my spiritual problem. On the night of the first day that we got there, he asked me to put off my clothes in the presence of my mother to pray for me in the mission house.

“After that day, he often asked me to come for deliverance and whenever I got there, he would ask me to remove my clothes and lie on a bed. While also naked, he would lie on me and start praying for me.

Omotola added that a month after the incident, she was pregnant and aborted it. She said when her husband got to know about it, he sent her out of her matrimonial home.

In his own response, the pastor admitted praying for women in the church naked, adding that God answered the prayer of naked people faster, explaining that Omotola’s case was a spiritual attack and she agreed to undergo the spiritual exercise performed on her in the church.

After the incidence, CAC only transferred Olakunle to another branch of the church in in Ilorin, Kwara State, however, denied having sexual intercourse with Omotola. He also denied impregnating her, but admitted to having sexual relationship with her younger sister twice and had prayed for their mother too while naked.

But why has the house of God turned upside down?