The crisis rocking the ruling All Progressives Congress (APC), in Oyo State took another dimension on Saturday when the two groups that are battling for the soul of the party held their separate state congresses and elected their new executive members.

They held their parallel congresses simultaneously at two locations within Ibadan the state capital.

Our correspondent reports that the Adamasingba congress produced the outgoing Chairman of the party, Chief Akin Oke, a native of Ogbomoso as Chairman.

Alimi. who hails from Ibadan, the state capital is from Akinyele Local Government Area.

Other members of the exco produced at Adamasingba Stadium include the outgoing Secretary, Mr. Mojeed Olaoya who returned as Secretary and Mr. Lekan Adeyemo who emerged as Deputy Chairman; Dr. Azeez Olatunde (Publicity Secretary) and Mrs. Mabel Williams (Women Leader).

Chairman of the state Congress committee, Alhaji Abdullahi Gwarzo, while addressing delegates at Adamasingba, said that the congress was conducted in line with the directives and guidelines of the party.

Gwarzo said “We did our best. We were able to elect the leadership of Oyo State APC without any rancour. You can see that everybody is happy, including the governor.

“The congress was well-organised and we are not aware of any other congress or faction. APC is one united party.

“Nomination forms were sold to all aspiring members of the party in the state and Lekan Salami Sports Complex is the recognised venue.

Ajimobi, while speaking expressed willingness to accommodate all aggrieved party members, adding that the quality of good leaders was determined by their level of tolerance and ability to accommodate opposing views.

He said, “In the spirit of true democracy, aggrieved members would be accommodated but the party won’t tolerate acts of thuggery, brigandage and unnecessary discord”.

The governor, while charging the newly-elected executives to pursue peace and do everything within their means to unite the party, said “politics is about give and take. It is about reconciliation and interest. The most important is to accommodate others”. 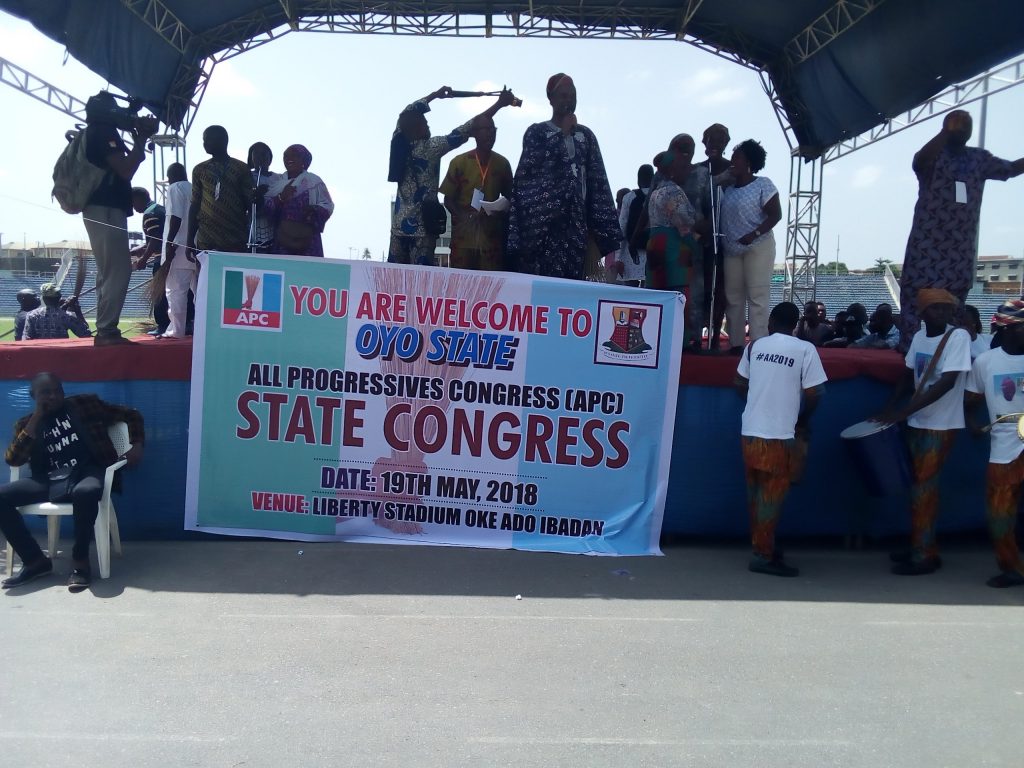 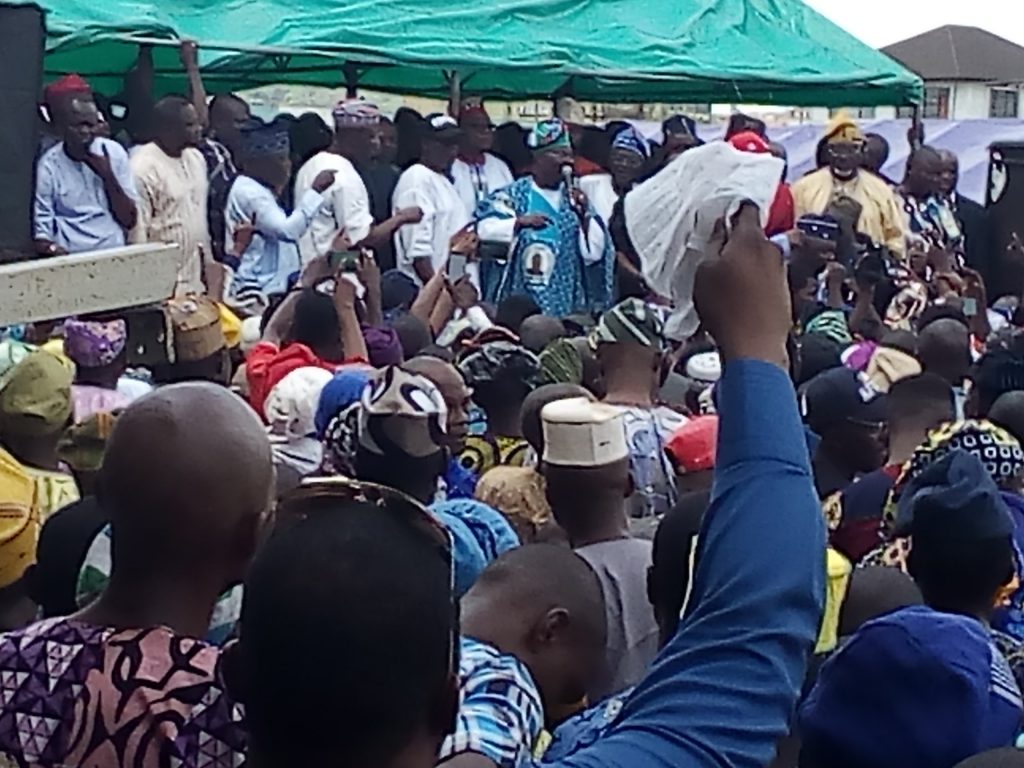 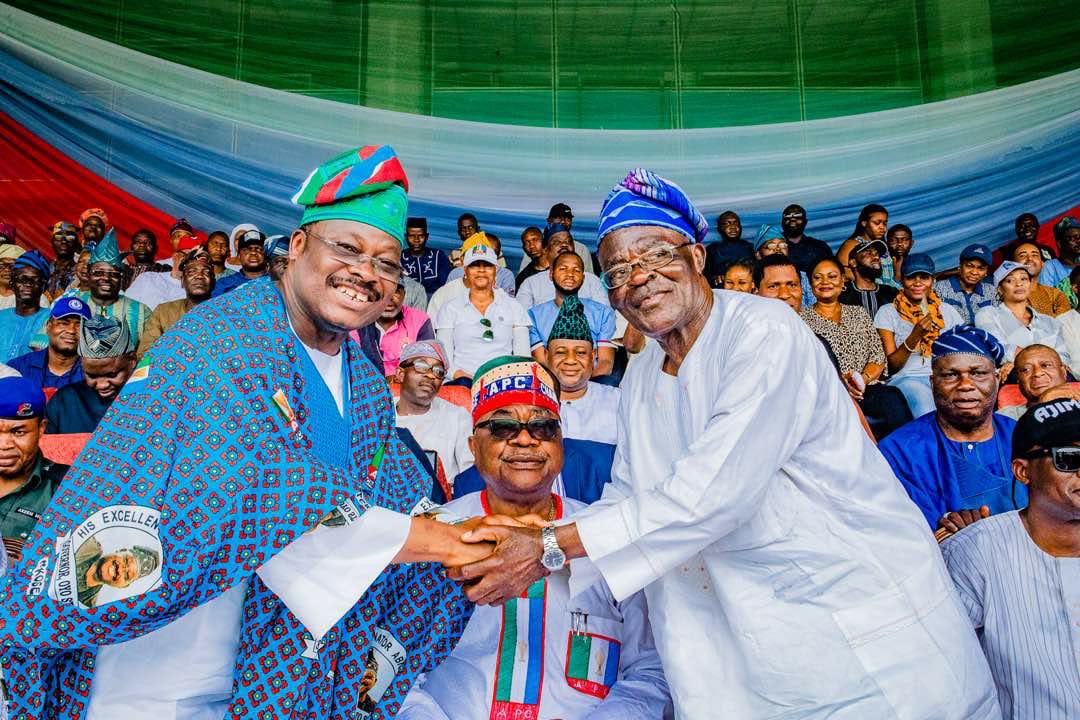 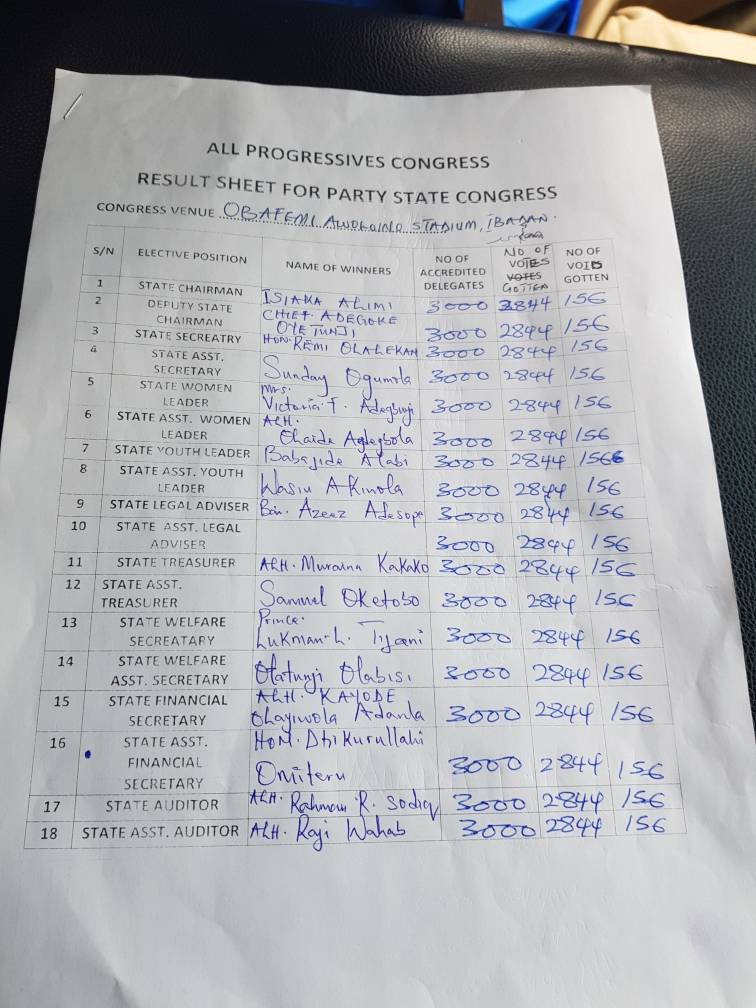 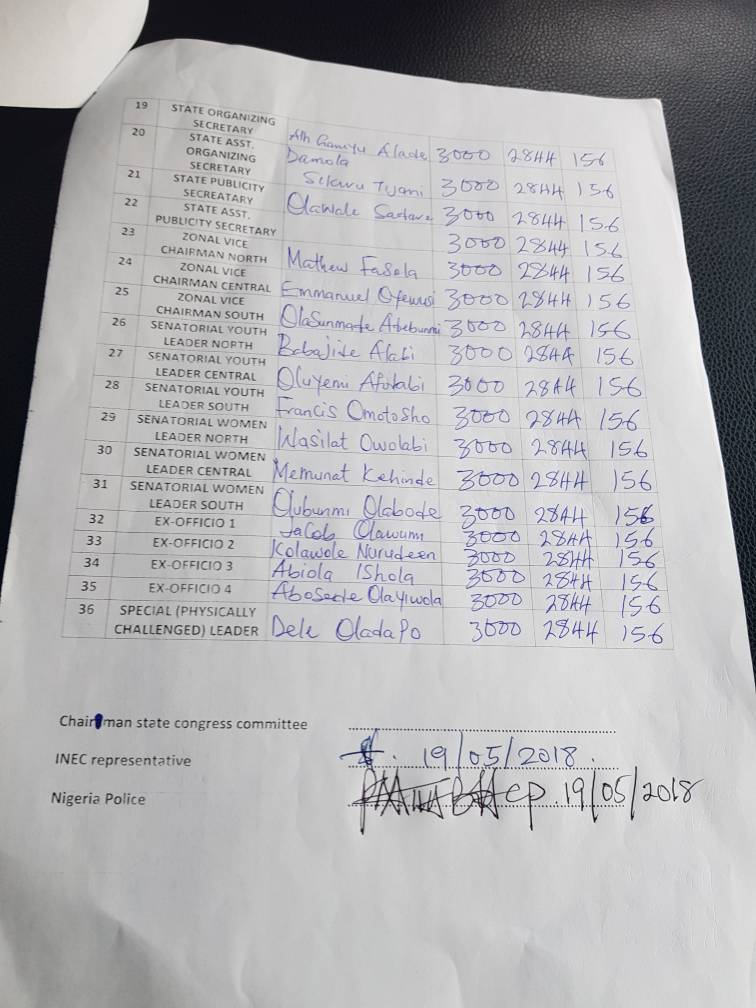 One killed, six abducted in fresh attack in Kaduna

One killed, six abducted in fresh attack in Kaduna