by metronews
in Interview, Politics
0 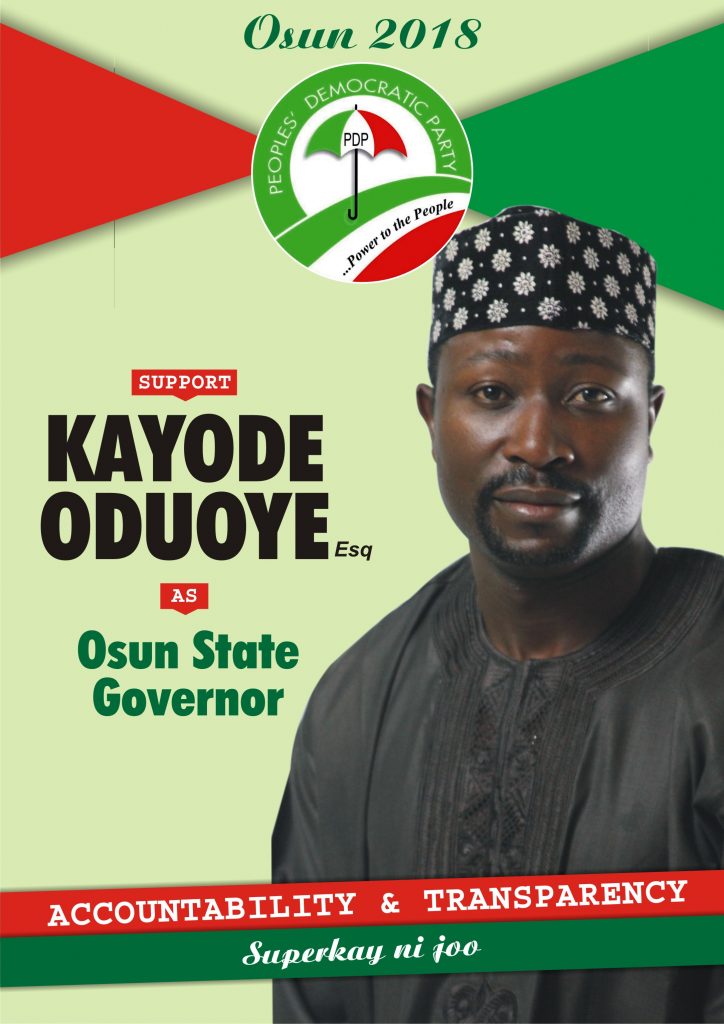 Where do you see Nigeria in 2019 under this administration?
My brother, let me tell you categorically, the choice to continue with APC at the helm is not there. Except if you are telling me that Nigerians are happy and comfortable with the current situation we are. Just take a critical look at 8 years back to compare to where we are. I’m sure in your wildest dream you’d never imagine that a bag of rice could ever become N9,000. And most of us who do business across the country, most of our business are foreign currencies-dominated. Sincerely, I never dreamt dollar could be 500 naira. People are dying in hunger. See the level of prostitution in the country. Even students we looked up to and expected would go to school and become graduates that will bring out the glory of this country are desolate. In Nigeria we don’t value civil servants; those who survive are those who steal, and not everybody has the opportunity to steal. No civil servant’s take-home can survive him. Now tell me, is it a crime for an average Nigerian, even a gate man, to have a house over his or her head? To send children to school is tedious. They said minimum wage is 18,000; tell me, what can that do with this present situation we are?
I don’t have any staff working under me colleting minimum wage, even my domestic staff because I live in the reality of both sides. I think we need younger and able people to take the mantle because all these old men have done their best; they have served but it has not helped us till now. Anyway, the fact still remains that it is no longer analogue age – we belong to the generation of digitalization. They should give us the opportunity to run the affairs of the presidency. That is what Nigerians are clamouring for, which will make them to be voted out. Talking about this anti-corruption, left to me, I belong to the school of thought that believes it is still not being fought the way it should be fought.
If before the 2018 governorship election another party – apart from APC and PDP comes up – will you decamp?
Ever since I joined politics in 2001, when my late father was still serving and as a result of my love and passion I joined and I supported the party, I was part of those who supported Oyinlola to became governor in 2003. For me it was a call: God nominated me to come and serve these people. Even right in Lagos so many communities have been giving transformers, water, constructed roads, giving back to the people that I believe need my help. So in view of this, I believe God gave me a clear instruction to come and serve these people, otherwise I would not have been this politically active. I would have been very comfortable in my lifestyle, tending to all my businesses across the continent. Of course, I would not be stupid if such offer comes without first consulting God for His direction. Since my involvement in politics in 2001 as a member of PDP I had never thought of associating with another party by dumping PDP. But if God clears it tomorrow and gives His direction by saying I have done more than enough in PDP, without second thought I will move on. Because God is the ALPHA and OMEGA, if I hear clearly direction from him to move on, sure I will definitely move. I believe in the ideology that PDP shares. But if another party comes tomorrow and says, ‘Please come’, like I told you earlier on, there must be a clear direction from God
With heavy schedules, combining business and politics, how do you relax?
I am called a family person and I enjoy the company of my wife so much. She is my best friend, who understands when I’m busy. We also watch movies together, play around. In fact, I am with my family a lot. I take them out to watch movies together. And to some of my friends, we do socialite together
Tell us about your wife.
I am married to Mrs. Mosun Filani-Oduoye and we are blessed with children
What does money mean to you?
I see money as a vehicle for accomplishment because I knew without money you won’t be here practically nothing you can do without money whatever you want to do sincerely I see money as a vehicle for accomplishment
There was this talk of Mosun Filani being married as a second wife. How true?
When I met Mosun I was already divorced from my first wife for about 2 years. Even before I met Mosun as a single person, she had never been a second wife to anybody. I was already divorced, like I told you earlier, and we even dated for a year before we did the marriage proper.

PDP Senators, Reps Back Southern Governors On State Police, Others