It’s sadness and mourning for the student of Olabisi Onabanjo University in Ago Iwoye, Ogun State, after the president of the school’s National Association of Science Students (NASS), Comrade Adefuwa Adebowale Christopher died in a horrifying accident. 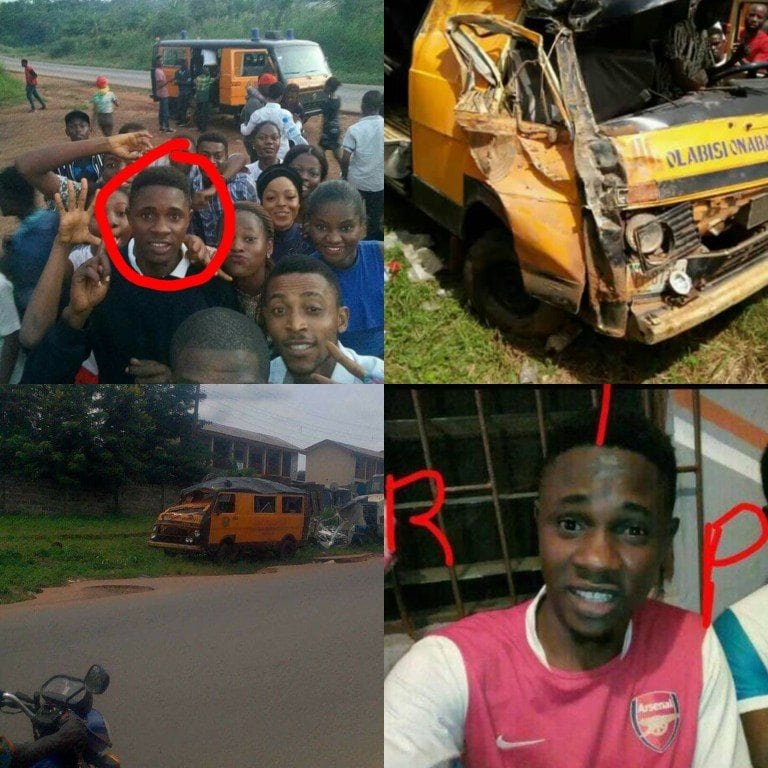 The accident occurred along the Ile-ife expressway in Ogun state while the late president and his colleagues were on their way back from an excursion at Idanre Hills in Akure, Ondo State, this was reported by Instablog9ja.
The students’ commuter bus reportedly collided with a trailer, leaving about 21 students wounded, and sadly, Adefuwa Adebowale Christopher was confirmed dead.
No official statement as at press time from the University authorities, but mournful comments and tributes are already flowing on his social media timeline.