OML 30:Why Host Communities See OMS,Captain Hosa As The Liberator 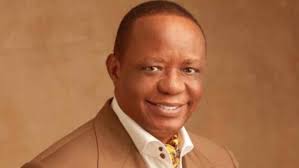 Host communities of OML 30, Cluster 11, in both Burutu and Warri South West Local Government Areas of Delta State have rubbished claims by a certain youth group under the aegis of Central Youth Body of Warri, Excravos, Burutu and Forcados that operators of the facility, Ocean Marine Solutions Limited has not done any empowerment to indigenes of the area.
In a press statement signed by the leaders representing communities constituting OML 30 such as Fidelix Atutu, Engr. Don Dickson Ogugu, Comr. Yerin Golo, Chief Jeremiah Iyepade, Comr. Ebikeme Angodideke, Pst. Phillip S. Fianka, Chief Prince E. Onaro, Comr. Burutu Mozu, Mr. Yerin Joel, Mr. John Ekerefe, Double Chief Felix Ebah
Capt. Alex Yelemu, Elder Odeh Alfred as well as Comr. Godfrey Tukpa that represented Diebiri/Batan, Ofougbene, Yeye, Obotobo 1 & II and oil rich Ogulagha communities, a copy of which was sent to The Liberator Newspaper earlier today.
The host communities which caught across Burutu and Warri South West Local Government Areas of Delta State have defended the security firm and its Chief Executive Officer, CEO, Capt. Hosa Okunbor for subleting surveillance contracts to indigenes of the host communities, stressing that those benefiting from the company are all bonafide indigenes of the communities.
Speaking further, the leaders had noted that beside doling out pipeline contracts to indigenes of the host communities, Ocean Marine Solutions Limited had also empowered youths from the said communities and beyond that are receiving salaries on a monthly basis as employment.
They maintained that it is not fair for anyone or group of persons to have come up with such untrue and blackmailing method to malign a company that is doing well and calling beneficiaries from the area strangers.
However, they had particularly called on the Federal Government, Delta State Government, the concerned local governments councils and members of the general public to completely disregard such group of people.
The statement reads in full below:
“The said purported Central Youth Body of Warri, Excravos, Burutu and Forcados in Burutu Local Government and Warri South West Local Government Areas of Delta State does not have the host communities mandate in cluster 11, OML 30 Transforcados pipeline
“The self acclaimed Central Youth Body does not know the true picture of what and what is going on in Transforcados pipeline OML 30.
“Concerning the said publication by this self acclaimed youths who are not even recognised in the host communities where this operation is taking place in OML 30 Transforcados pipeline.
“The Federal Government of Nigeria, Delta State Government, the Chairmen of Warri South West and Burutu Local Governments should be aware that OMS has legally engaged the host communities and has done the needful by giving employment slots/jobs to the youths of the host communities, therefore, there is no youth restiveness that is likely to cause crisis in the said concerned area where OMS is running the surveillance contract.
“The only thing that might likely bring issues if not urgently addressed is the use of Heritage Energy Operational Services Limited to cancel and terminate the indigenous grass cutting/local surveillance contractors and workers in Transforcados pipeline, OML 30 which the leaders of various communities, Delta State Government and Heritage in a joint meeting held at Government House, Asaba resosolved that Heritage should with immediate effect reaward such contracts back to its original beneficiaries from the host communities which Heritage has not been able to fulfill.
“As far as we are concerned leaders of the host communities in OML 30, this is the only thing that is causing tension which might likely cause issues if Heritage fails to reversed the contracts back to their original indigenous contractors.
“It has come to our attention that the self acclaimed Central Youth Body that the publication made by Engr. Don Dickson Ogugu is a false publication that he was bribed by someone is a big lie, we are reiterating that the publication made by Engr Don Dickson Ogugu is the true story of the issue which led the host communities leadership to resolved that the general public and security agencies should completely disregard the publications made by the various groups and the Warri, Excravos, Burutu and Forcados Central Youth Body.
“That whoever that welcome or give attention to the aforementioned bodies does so at their own risks as they have no tangible right to speak on behalf these host communities in OML 30.”

Boss Mustapha: If It Means To Lock Down Again, We Will Not Shy Away

Sanwo-Olu's Wife Receives All Male Protesters Against Rape In Alausa