The Chief Executive Officer of Visionscape Sanitation Solutions, John Irvine has assured Lagosians that the engineered landfill being constructed by the environmental utility company at Epe cannot experience a fire outbreak.

Irvine, was responding to a question posed during an interaction with journalists in the palace of the Oba of Lagos, Oba Rilwanu Akiolu where he and the top management of Visionscape had gone on a courtesy visit.

The Visionscape boss said there was no need to fear that a fire outbreak can happen at Epe just as it did recently at the Olusosun dumpsite. “It’s (Olusosun fire incident) very unfortunate and we symphatise with the people involved. But just to make the record clear, Epe landfill is a total different super-structure as it is the first engineered landfill in Lagos. The incidence that happened in Olusosun will never happen in Epe because of the safety measures and technology involved in the engineered landfill. What happens in a landfill is that we construct the waste in a certain way that doesn’t allow fire outbreaks to happen because we capture the leaking gas and we take away the leachate,” he said. 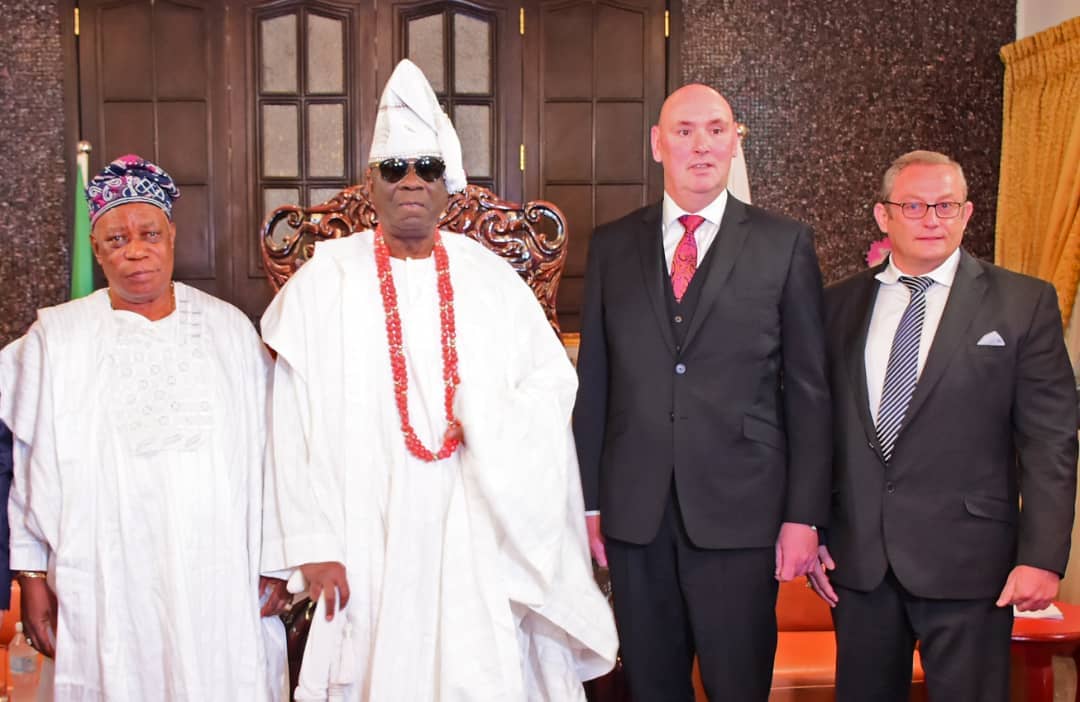 Irvine also addressed the concerns of the residents complaining that they are yet to get the waste bins and bags being distributed by Visionscape.

“When the government asked if we could take over the waste in the market, public areas and schools, the brief changed and all the plans to attend to the residential waste has been re-configured, so the vehicles will be here. The services will be here but you have to understand that there’s a lot of waste being generated by entrepreneurs and we will clear that backlog. Now we are embracing Waste Collection Operators (WCOs) who will help in the interim to tackle the daily collection and to allow us take the waste to Epe ,“ he said.

The Oba of Lagos, earlier at the Iga Iduganran palace commended Visionscape Sanitation Solutions over its efforts to fulfil its part in delivering a cleaner Lagos.

The Lagos monarch acknowledged that Visionscape had a good reputation and an international pedigree. The Oba maintained that though he was not an investor in the company, he has decided to give it 100 percent support.

He said the environmental utility company was not out to take the jobs of the PSPs. “I appeal to them; we are not taking their daily bread from them but teach them better how to do it (manage waste).”

Oba Akiolu implored all Lagosians to support Visionscape’s mission to ensure a cleaner Lagos saying, “There’s no successful organisation or initiative without the support of the people.”

He hinted that all traditional rulers in Lagos would meet at a conference in Epe to talk about the future of Lagos later in the month, and would subsequently address all Lagosians in April.

The Oba urged Visionscape to employ more Lagosians and Nigerians, being a multinational organisation operating in Lagos.  “Teach them how to catch fish and not just give them fish,” he said.