Former National Publicity Secretary of the Peoples Democratic Party (PDP) Olisa Metuh has appeared in court on a stretcher.

His lawyer Emeka Etiaba had informed the court in January that his client was on admission at the Nnamdi Azikiwe University Teaching Hospital for an undisclosed ailment.

The former PDP spokesman was, however, wheeled to the court on Monday following the threat by Justice Okon Abang to revoke his bail if he fails to appear in court today. 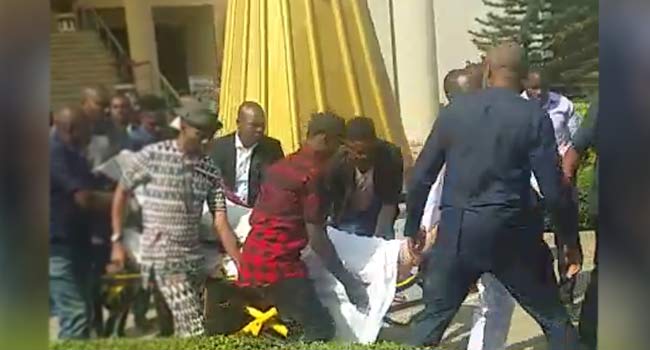