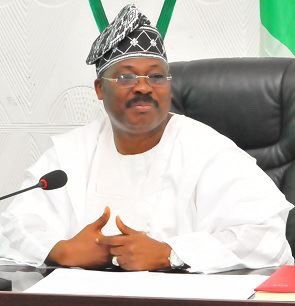 Basking in the euphoria of a successful festival, the chief promoter of Olokun Festival Foundation (OFF) Otunba Gani Adams is full of praises of the Executive Governor of Oyo State,Senator Abíólá Ajimobi for his relentless efforts to ensure that the festival holds despite attempts by some people to prevent the event from holding.

He also gave kudos to the people of Ibadan, Oyo State Chapter of Oodua Progressive Union for their support and large turnout of participants in the festival.

The 2017 edition of Oke’badan Festival is no doubt the most colorful of the annual event so far. With rich cultural display and traditional dances. 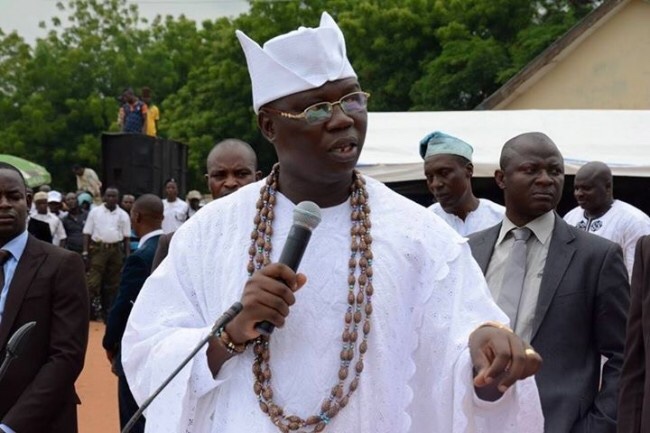 In his welcome address, Otunba Gani Adams who is also the National Cordinator of Odua Peoples Congress, revealed that Oke’badan Festival is one of the notable festivals in Yoruba land which the Olokun Festival Foundation holds in high esteem because of its cultural significance to the soul of Ibadan.

According to him, “this festival is one of the major keys that unlocks the doors of fortunes and clear the way for accelerated development in Ibadan land.It is not by mere coincidence that Ibadan grows faster than any other cities in Nigeria.This feat is not unconnected with the annual appeasement to Lagelu, who in turn releases fortune and bless the ways of the people.

“We are playing our own little part to achieving this goal by our annual presence here to celebrate and observe the Oke’badan Festival.This is also a cultural celebration where the efforts of the heroes past are appreciated, evaluated and celebrated”.

The Festival guest lecturer, Prof. Ayodeji Peter Agbonjinmi,a Professor of Exercise Physiology,Advocate and Solicitor of the Supreme Court of Nigeria delivered a paper titled Oke-‘badan,Ibadan And The Need For Resurgent Yoruba Nationalism.” The well articulated lecture traces the history of South West Nigeria agitation for restructuring the country from the amalgamation of the country spread to the military era which laid the basis for the discus till today. He also touched on the history of Oke’badan and Ibadan.

Apostle Suleiman: This is escalating out of control (VIDEO)