OGD Explains Why Ogun Waterside Is critical to Nigeria’s prosperity 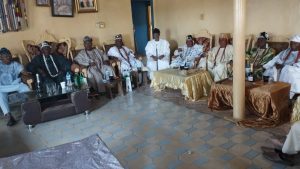 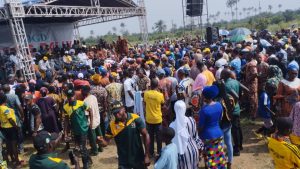 There is an urgent need for the Federal and State governments to harness the vast natural resources lying fallow in Ogun Waterside Local Government Area.

This was the assertion of a former governor of Ogun State, Otunba (Engr.) Gbenga Daniel, on Friday in Abigi, the headquarters of Ogun Waterside Local Government Area.

Addressing thousands of supporters, the APC Senatorial Candidate recalled the various efforts he made during his reign as Ogun governor to initiate various projects of immense economic value to the state in particular and the nation at large.

He listed the Olokola Free Trade Zone project which includes OK LNG, Deep Sea Port, and the Gateway Industrial Petro-Gas Institute (GIPI), Oni, as some of the economic projects in comatose.

“When we initiated these projects, it was because we knew that this Local Government has the deepest seaport in Nigeria that could accommodate very large ocean liners without needing dredging.

“There is also a vast deposit of bitumen on our border with Ondo State. Without doubt, the economic future of Ogun State, and even Nigeria, lies in this great local government and our job in Abuja will be to drag the federal government to revisit and accelerate the projects,” Otunba Daniel told hordes of party faithful at the local government Empowerment Rally in Abigi.

On Monday, the senatorial candidate began a Ward To Ward tour of the local government, meeting residents, party faithful, community leaders, and other critical stakeholders.

Under the aegis of the Gateway Movement in conjunction with Gateway Front Foundation, the campaign train visited all the 10 wards of the local government.

At the Grand Finale of the local government tour on Friday, over 500 empowerment items, including a mini tractor, saloon car, deep freezer, generator, sewing machines, grinding machines, and hampers, were shared to lucky beneficiaries.

Revealed! How Chiamaka Agim Must have Compromised Her Details, Lost 4million Naira in 20 minutes…. Must Read

Revealed! How Chiamaka Agim Must have Compromised Her Details, Lost 4million Naira in 20 minutes…. Must Read