Odumakin was a Great Comrade, a Good Companion …OGD Commiserates with Wife, Afenifere

by metronews
in News, Press Release
0 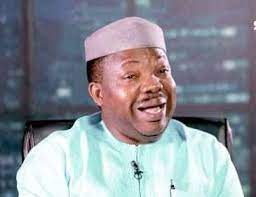 In the condolence letter which he personally signed on Saturday, Otunba Daniel described the death of Odumakin as:

“… a dark moment that elclipsed one of the vocal voices of the Yoruba Nation and of social, cultural and political activism in our country Nigeria.

“Yinka lived a good life, and for a great cause and purposes. His memory is well preserved because he stood firmly for all that he believed in. Such men never die.”

Otunba Daniel expressed his deepest condolences to both the wife and leadership of Afenifere, while praying that God should grant his soul great repose and to grant the family the fortitude to bear the very painful loss.

To the wife, the former Governor wrote:

“It is surely a harrowing experience to imagine that the man with whom you have spent several years together , starting from your university and students Union days will no longer be there by your side, to offer the comforting words in moments of need. Yinka was your alter ego, a great Comrade and a good companion”