by Alabi Micheal
in metroplus
0 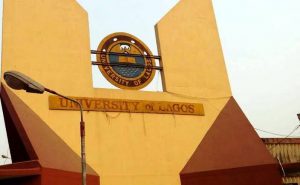 The attention of the University of Lagos (Unilag) management has been drawn to the ‘Notice to the General Public on the Removal of the Vice Chancellor, University of Lagos’; dated August 12, 2020 and signed by Oladejo Azeez, Esq, Registrar and Secretary to Council, stating that the current Vice Chancellor, Professor Oluwatoyin T. Ogundipe, FAS has been removed from office with immediate effect.

This is untrue and a figment of his imagination. Therefore, stakeholders of Unilag and the general public are advised to disregard this mischievous disinformation about the sitting Vice Chancellor of Unilag, contained in that notice. Professor Ogundipe still remains Unilag’s Vice Chancellor.

Dear Senate members, the University of Lagos regulation has been stepped on and ridiculed. Babawale Babalakin, the ProChancellor waited for the tenure of Prof. Chukwu and Prof. Familoni to end, to call an Emergency Council meeting. Based on the Dagari report, without allowing the VC defend himself, the ProChancellor called for a vote for the removal of the VC. I (Prof. Oboh), Prof. Odukoya, Prof. Leshi and John Momoh voted against the removal of the VC. Six persons (excluding Babalakin) voted for. Babalakin then went ahead to announce the removal of the VC. Dear Senate members, the procedure for removal of persons in office is clear and this was pointed out to Babalakin several times but he turned deaf ears. He said he will announce the Ag. Vice Chancellor at 5pm. I have excused myself that I need to report to Senate members the shameful act currently ongoing. Please let us arise to fight this.
Thank you
Bola Oboh
Senate Rep in Council

Blackface Attacks Wizkid “You don’t have the right to be stupid and promote your stupidity”……. praises Buhari as he blames insurgency on past Presidents