‘Not too young to run is crab, take the future’ (Photos)

As the next general elections draw close, NGOs and opinion moulders have been trying to sanitise people, especially the youths on the need to participate and take a stand.

One of such organizations is Transformers Youth Development Initiative, TYDI, a nongovernmental organization for youth empowerment and the need to encourage them to contribute politically in their spaces.

TYDI recently organized a youth participation in governance seminar for the youths of Oshodi Isolo LCDA tagged ‘Take The Future’, where facilitators schooled the participants on the need to take the issue of governance serious.

The programme kicked off with Cythia Ike, a volunteer of Women In Politics (WIP), a platform put together to encourage women to represent and protect their interests in politics.

She advised that more women should step up, claiming rather regrettably that only 6.7% of women are in politics.

Efe Omoregbe, the chairman of Now Muzik, another facilitator was rather more creative in his approach. The seminar turned interactive when he asked the participants to name every representative in the LCDA starting from the chairman, when and how the LCDA was created.

He believed that if the participants, mostly comprised of youth, understand and are aware of what is going on in their LCDA, their interests in poltiics would increase.

Efe declared, “For anything to be done in your LCDA, you first need to be conversant with your representatives.”

“The way Nigeria is being governed is like having a barber cut your hair in a style you never agree to.

“Our leaders know that the people don’t care about how they’re being ruled, hence, the governed are taken for granted.”

He encouraged the youths to get involved and use their data for the progress of their communities.

Helen Abutu, founder of TYI, after being ushered in by a video clip educating the participants on events ongoing around them, complained that despite the youth having the highest percentage of the population, it’s sad that the youth are underrepresented in governance.

Another facilitator, Gospel On Da Beat, a music producer advised the youth that the age shouldn’t be a barrier to start a change.

“Even though few youth have been able to get their purposes early in life,” he said, “that shouldn’t stop you from finding your purpose now.”

Gospel implored the youth to positively use the social media to change their stories and make impacts.

“Stop blaming and ranting about the state of the nation, use the social media to demand accountability from our leaders,” he concluded.

The popular and indomitable Yemi Adamolekun started by asking the participants why they refused to vote in 2015 even when they were eligible.

Respondents claimed they refused to vote because they believed their votes wouldn’t count, while some blamed it on safety reasons.

Yemi, an executive director at Enough Is Enough, EIE, said the youth needed to start making a demand on those who want to represent them by participating and engaging them.

Noting that “the work is not done at thumb printing”, there is need to always check up on them and let the politicians know you’re monitoring their activities.

“We assume they know the electorates’ right to question their actions but they don’t,” she said, “We need to inform and educate them.”

She related her encounter with Ganiyu Solomon, when the latter was a representative of her constituency. According to her, Ganiyu was livid when she asked how he voted in the house on a bill and he refused to say.

Yemi exposed that the politicians are well aware that if the citizens are annoyed, they don’t have a job. She therefore encouraged the youth to join a political party and participate even in the primaries.

In her submission, she insisted that voting is just the beginning of the task of ensuring change happen, but also participate fully in the four year term.

Mike Mbey, Country Manager of Energy Control System, spoke to the gathering on the need to have a good leader, claiming the greatest challenge of the country is leadership.

“Nigeria we have today is Nigeria we deserve,” said Efe Omoregbe in his final contribution at the seminar.

He concluded that “Nigeria youth need to determine the way they’re being governed.”

The event took a happy turn when TuFace climbed the stage.

After entertaining the participants with the crowd going wild, 2Baba advised the youth not to be afraid to stand alone, but stand right.

“It’s only right to be interested in who represents you, because politics is involved in everyday activities,” 2Baba said.

The high point of the event was when mock election was conducted between two volunteers, Blessing Lawson and Israel, vying for chairman. Israel won the election was given a celebrity handshake by TuFace, N20,000 and all expense paid dinner with TuFace, while Blessing was awarded N10,000 by EIE.

Founder of Transformers Youth Development Initiative, Helen Abutu, in an interview, expressed her joy at the turnout and success of the event. 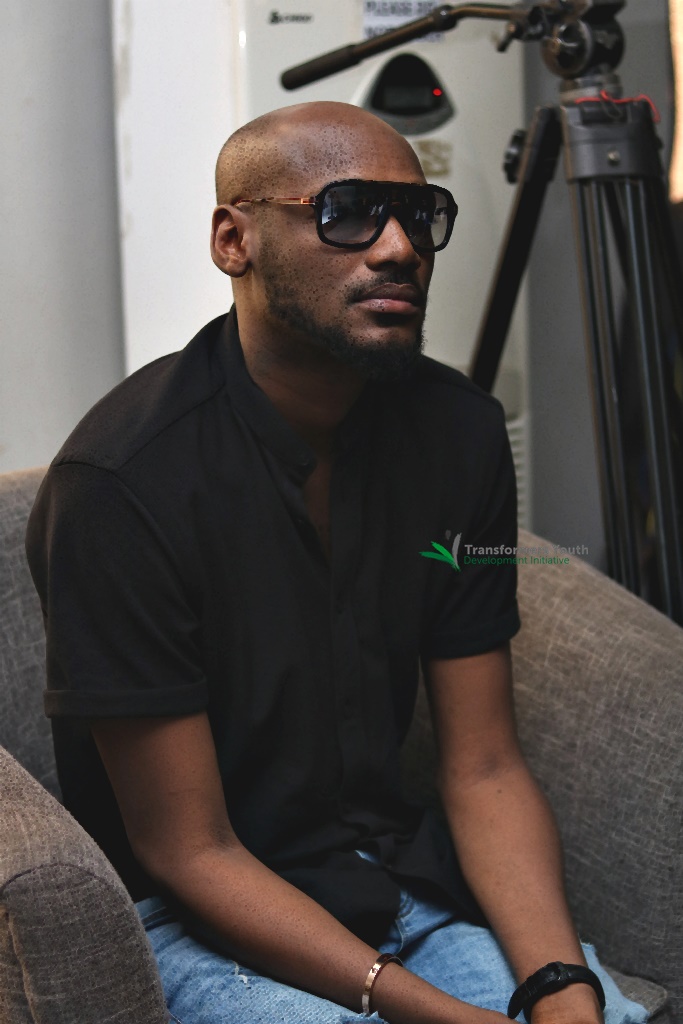 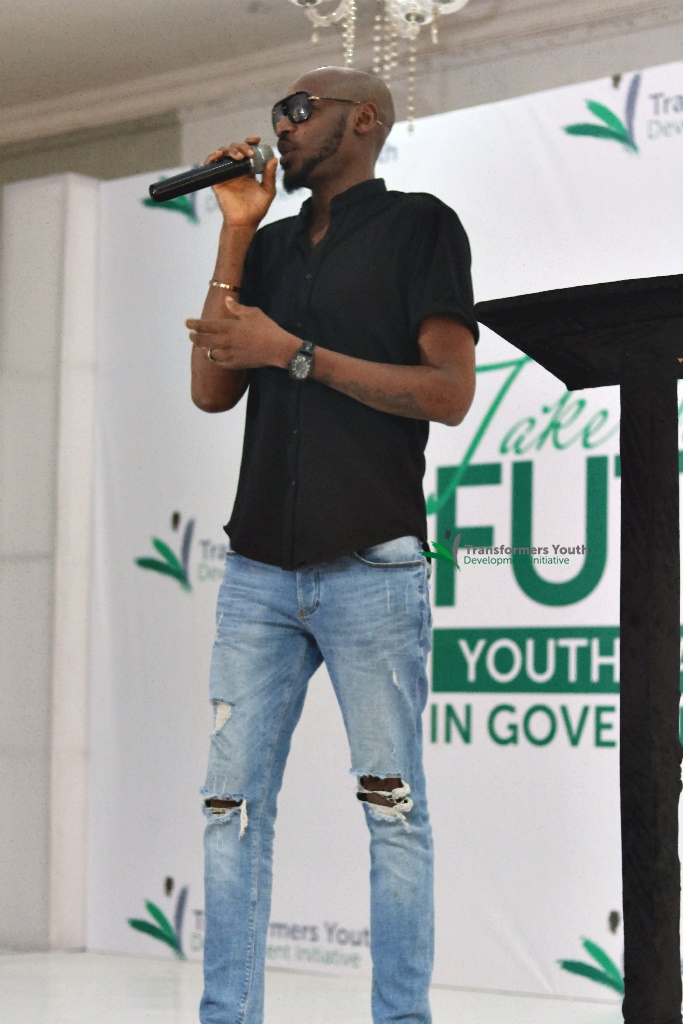 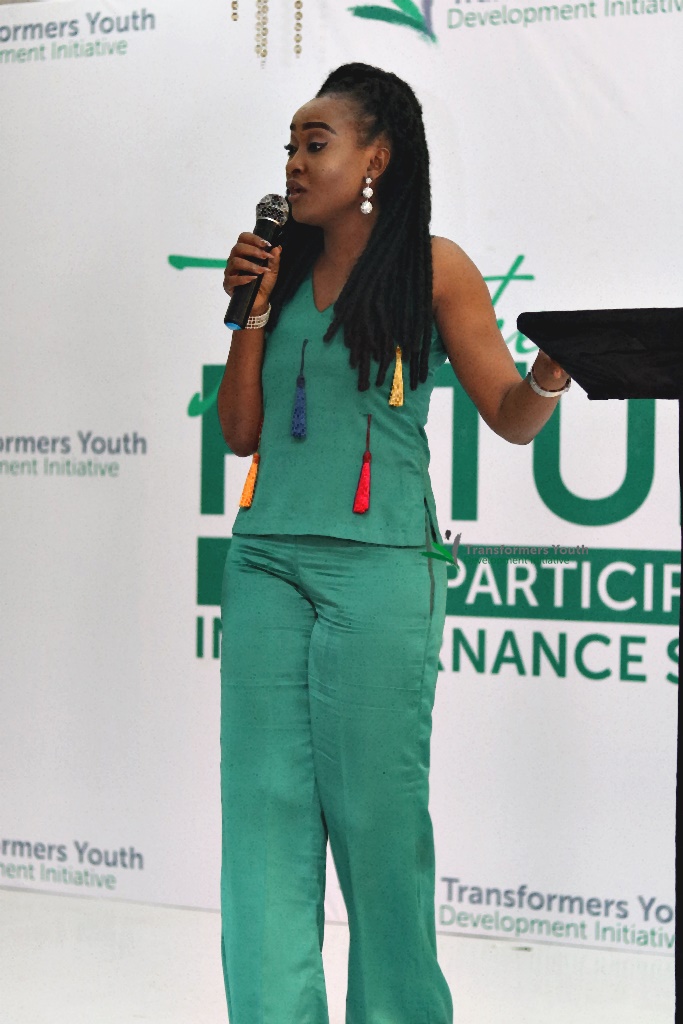 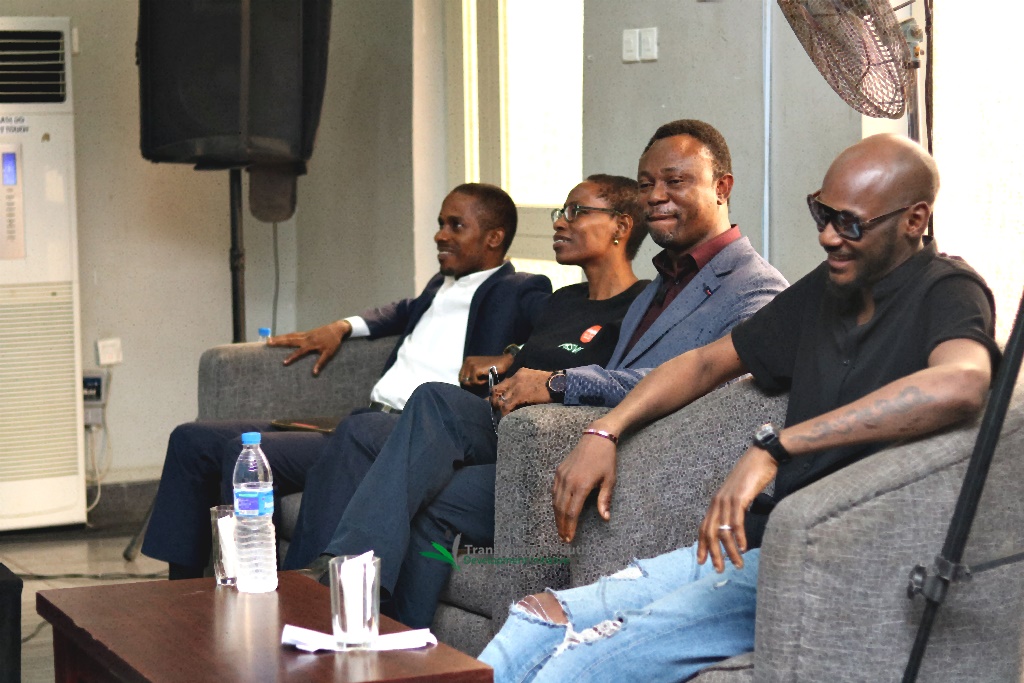 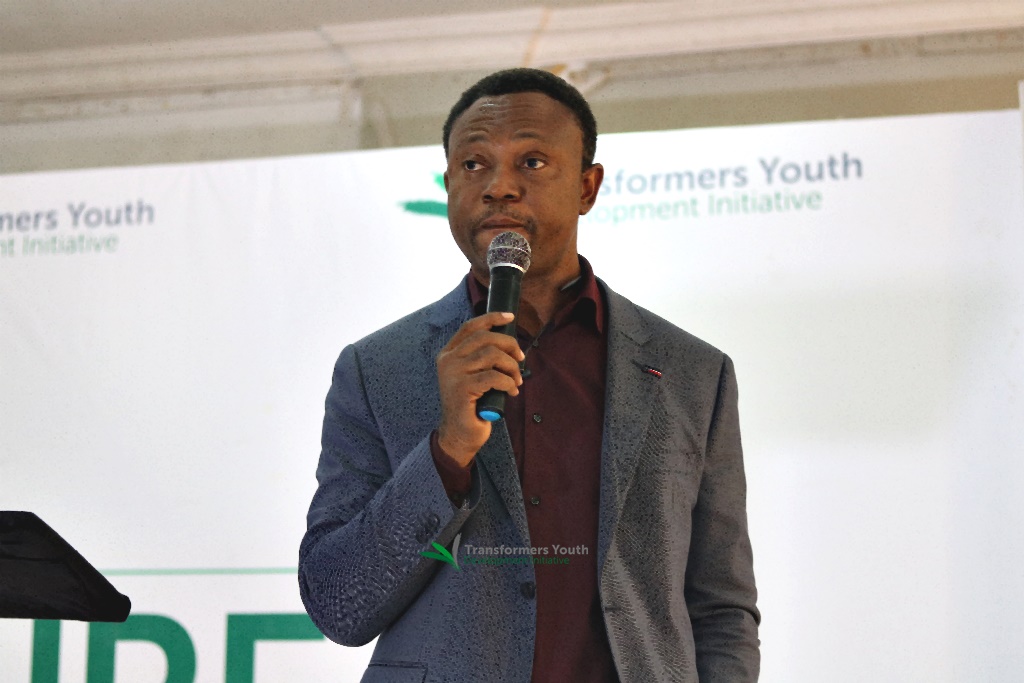 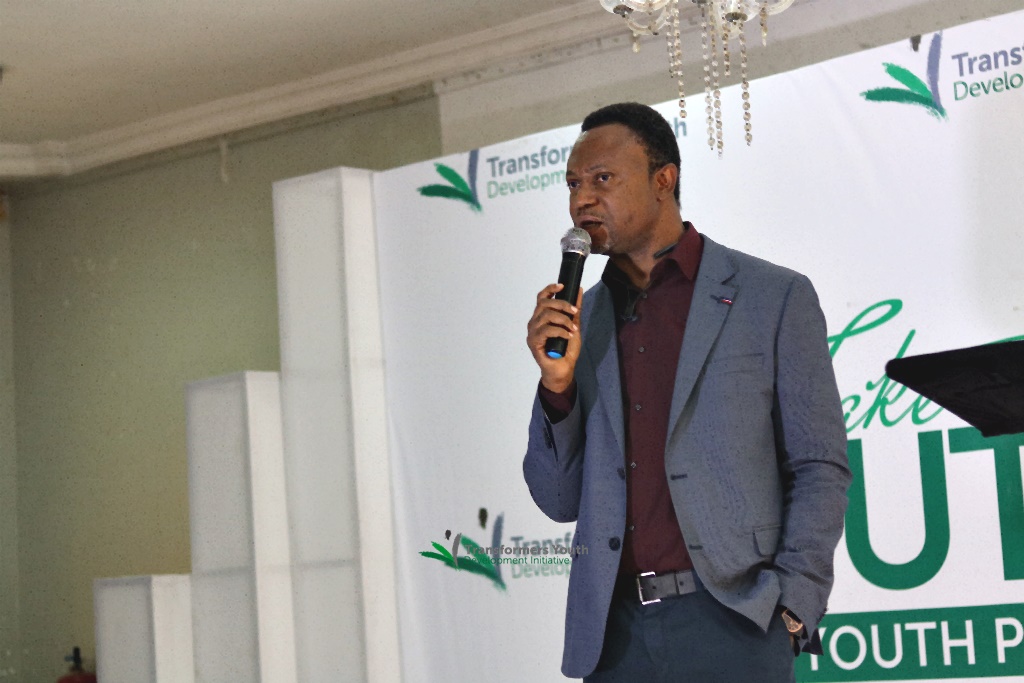 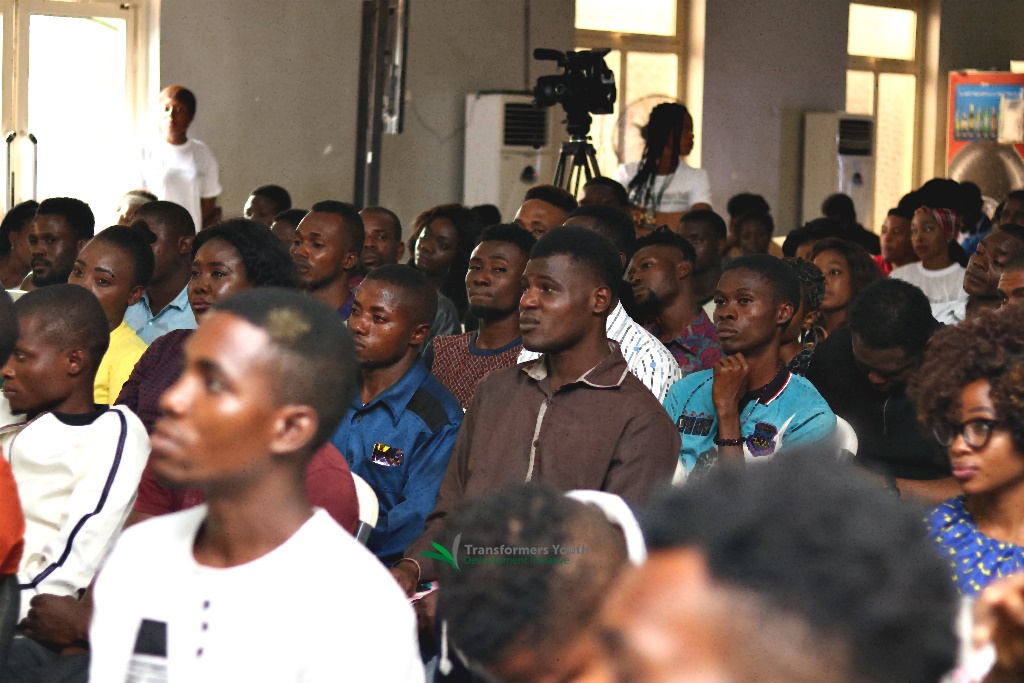 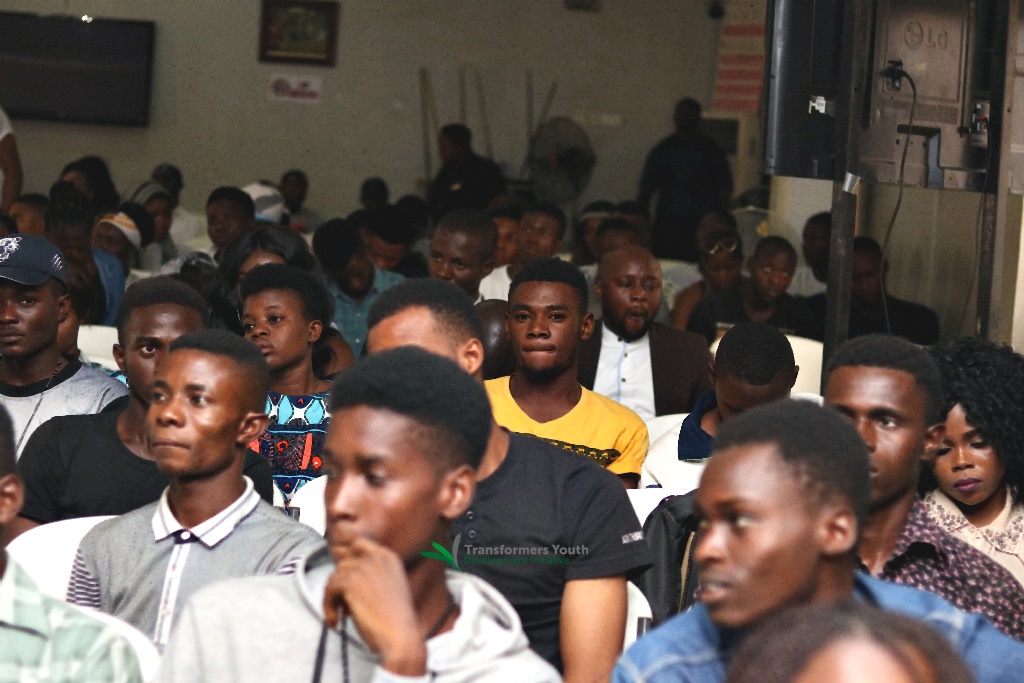 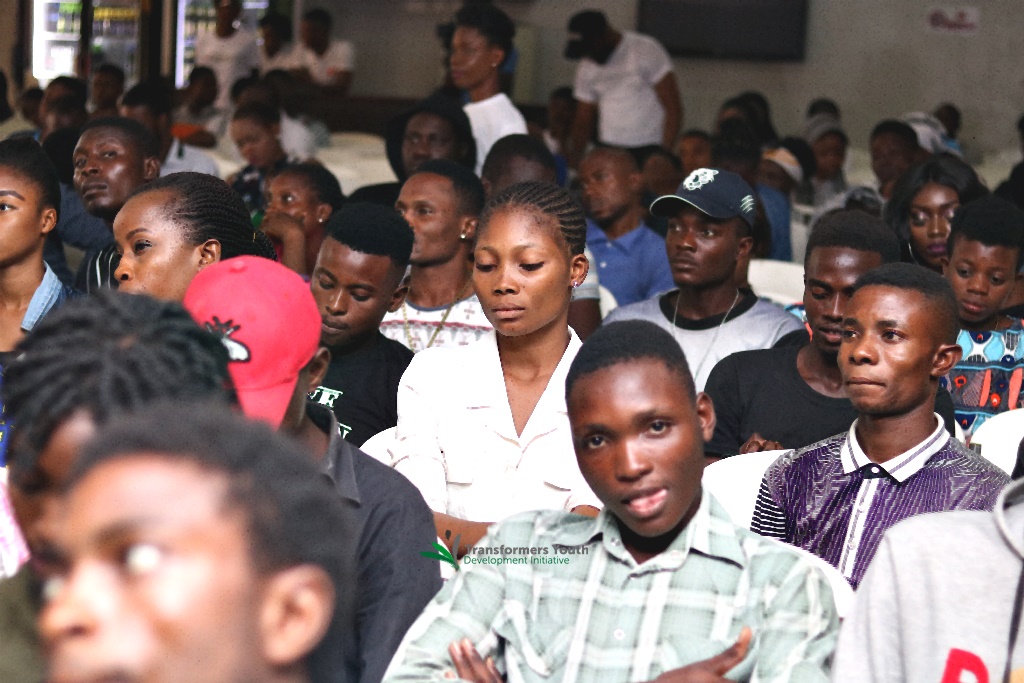 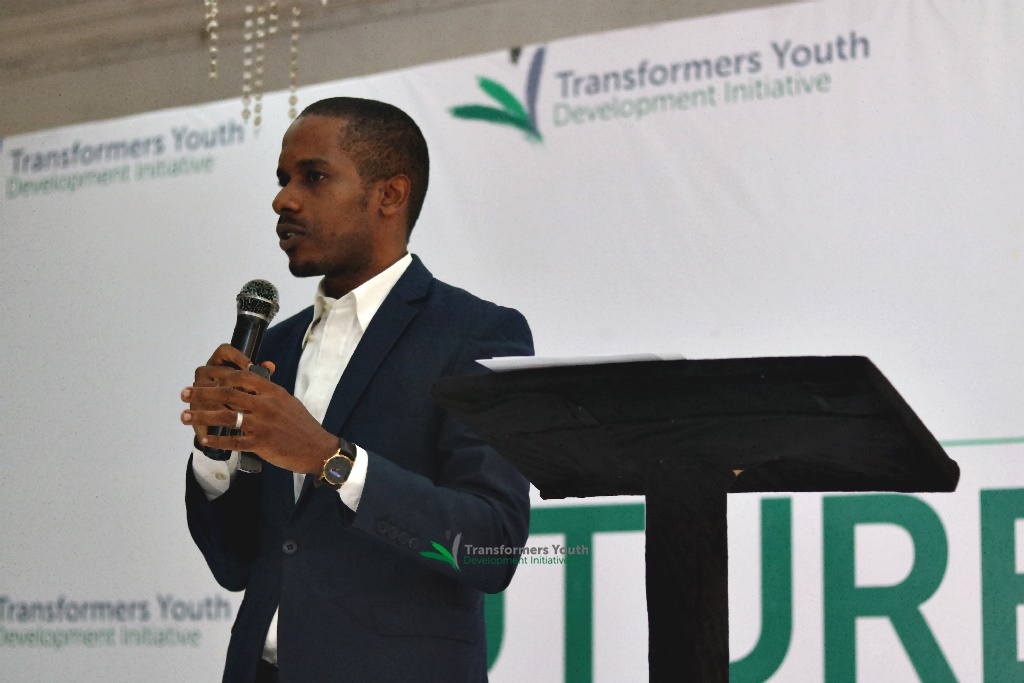 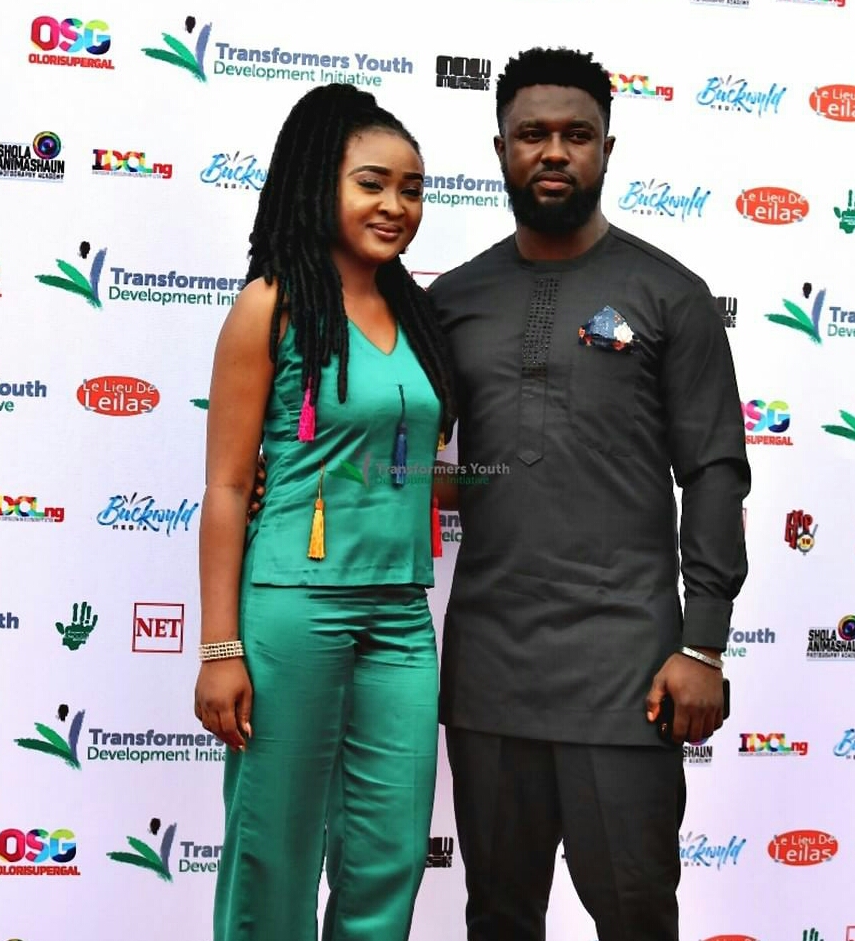 Helen and Gospel On Da Beat 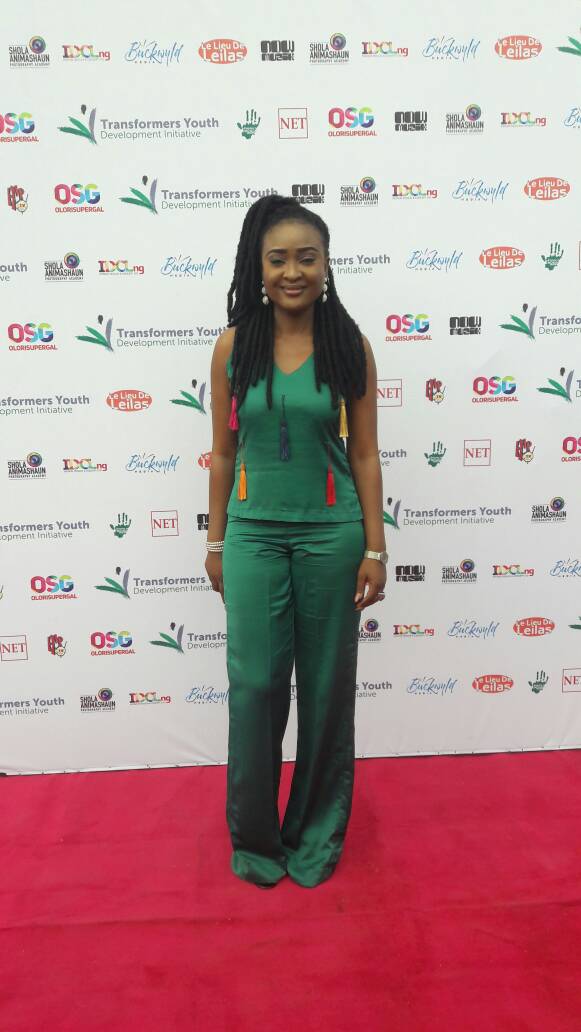 RESOLUTION OF LEADERS OF AKUNGBA COMMUNITY ON THE INCESSANT FATAL ROAD ACCIDENTS WITHIN THE UNIVERSITY TOWN.

Herdsmen Have No Alternative, They Must Register, Says Ondo State Government