The multi-talented broadcaster and founder of Baba Sabiko Theatre and Comedy Group Int’l, based in Ibadan, died on Friday. 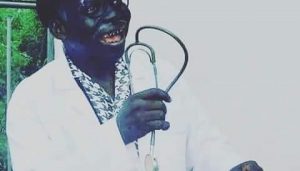 The deceased actor’s colleague and radio presenter, Ademola Aremu, confirmed the news on his Facebook page.

He wrote, “I couldn’t believe it until I was at the hospital where he passed away and saw his corpse. I saw him and his wife last Friday and as usual cracked some jokes together.

Abiodun Aremu, Baba Sabiko, my Surname sake; one of the best comedians in the entertainment industry. He normally called me Uncle Demoo (though far far older than me), and I would reply Ba Sab. Painful but it is well.

He joined late Duro Ladipo Theatre Group in 1974. Upon graduating from the theatre group, he was commissioned to produce a 13-week (episode) drama on the Nigeria Television Authority, Ibadan.

He established his own outfit, Abiodun Aremu (Baba Sabiko) Performing Company, in 1978.

He featured in over 40 top Yoruba films. They include Ija Ominira, Ija Orogun, both by the late Ade Love. Others are Bukola Omo Daddy by Peju Ogunmola, now Omobolanle, Ija Agba Meji, Igbanladogi and many others.

His first film was Agba Odaran produced in 1994; followed by Ebiti and Agbajowo, Endurance, Advice, Mr. Lecturer, Okanjua, Lagos Dimension, Responsibility, among others.

JUST IN: Gunmen kill 8 at relaxation spot in Plateau

JUST IN: Gunmen kill 8 at relaxation spot in Plateau