No-Slips Limited has been appointed the official representative of Suresteps in Nigeria.
Suresteps is a safety floor and bathtub treatment company based in Canada that offers long-lasting chemical treatment that creates an invisible, sophisticated tread design into the surface of hard mineral floors and porcelain/enamel bathtubs.
Mr. Charles Igbinidu the Executive Chairman of No-Slips Limited, confirmed this development while addressing journalists recently.
With this appointment, Mr. Igbinidu said that the company has been given the sole right to market and deliver Surestep’s Non-slip products and services to her Nigerian clients.
He explained that It is commonplace to see janitors display “wet floor” signs as a ritual when they clean floors in public spaces; they adhere to this ritual, perhaps as a result of company policies, to comply with government regulations or just out of genuine care for their visitors’ safety. What is certain, however, is that there is a very high possibility of people slipping and falling when floors are wet and one fall is all that’s needed to do a heavy damage to a company’s reputation, resources and peace of mind.
According to Mr. Igbinidu, an unfortunate event like that may leave a company with many things to contend with. There are law suits, bad publicity, government liabilities etc.
He also revealed that stories abound of people who slipped and fell in their private spaces such as bathrooms or even while diving into swimming pools; the fall most times is fatal.
According to Igbinidu, the vision of No-Slips Limited is to make offices and homes safer by reducing the chances of slip and fall accidents occurring adding that there has been reports of people who lost their lives as a result of slip and fall accidents, while there are also reports of those who have sustained life threatening injuries or permanent disability at their places of work as a result of wet and slippery floors.
“We all have experienced a slip at some time or another and it always comes as a surprise, we can never seem to be too careful. The consequences sometimes are unpleasant” he said.
He recalled the incident that happened to a friend of his who slipped in his bathroom while trying to have a shower, hit his head and died.
“This kind of sorrowful incident can easily be avoided if precautionary measures are put in place and that is where ‘No-Slips’ comes in. We treat your floors, bathtubs, swimming pool floors with Surestep Products to make them resistant to slips and prevent falls when floors are wet. The product has been developed and proven for concrete, quarry tile, spanish tile, ceramic tile, glazed brick, marble, terrazzo, porcelain/enamel, and many other hard mineral surfaces. Every floor and bathtub treated with Surestep is guaranteed to have an increased coefficient of friction for at least six months to two years.” He said.
Igbinidu added that, though some Nigerians are aware of slip and fall accidents which according to him is one of the most common domestic accidents in Nigeria, they are yet to come to the reality of its dangers and how to prevent it.
According to him, “empirical research and experience have shown that accidents don’t just happen, they are caused and almost all dangers to which we are exposed at home are often due to our negligence or making.
“Sometimes, parents may forget to mop wet floors or wipe greasy substances that has spilled on the floor causing slip and fall accidents in the home and resulting to injuries. The most affected are children.
“However, this risk can be reduced through effective floor and bathtub treatment and other precautionary measures making floors safer and healthier.
“Organizations such as offices, event halls and hotels can now also reduce the risk of slip and fall accidents as a result of slippery floors when they apply Sure-step non-slip treatment.
“The cost of sure step is pennies when compared to the cost of medical expense, lost time and the suffering resulting from a slip/fall injury,” he said.
According to him “prevention is cheaper that cure”. 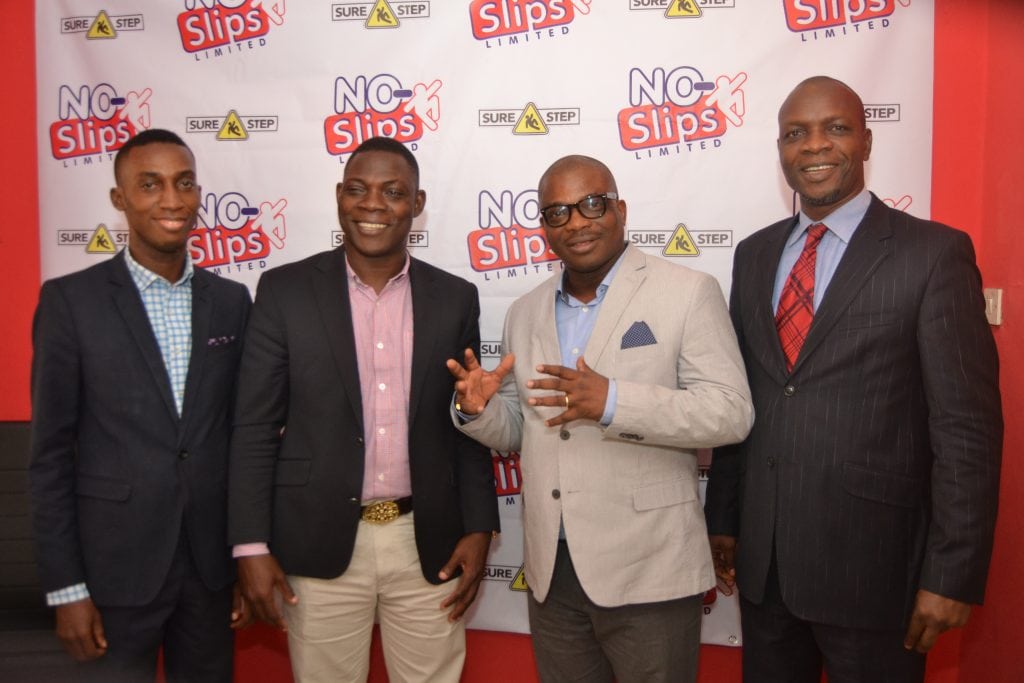 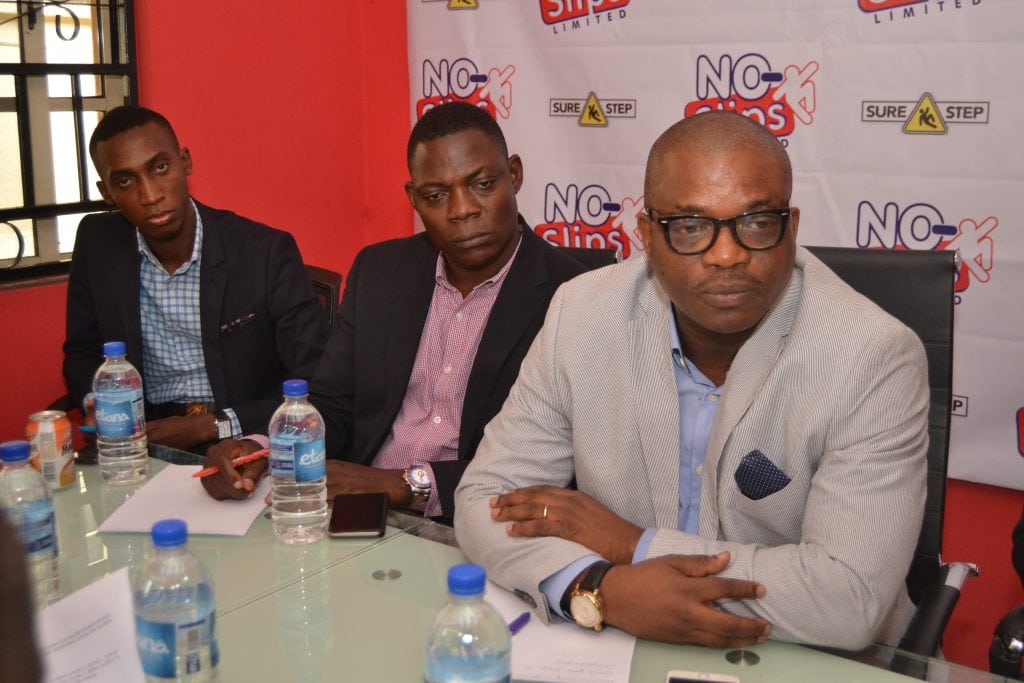 MetroMan: "You Nigerians Are Different!"

NIGERIANS TO PAY MORE FOR ELECTRICITY AS 10 DISCOS GET APPROVALS

MetroMan: "You Nigerians Are Different!"