The video below was posted by a Nigerian woman, Adenike Adebayo, on Facebook on how her husband, Willoughby Gbolade, has been spreading lies on her state of mind and domestically assaulting her.

Even though the husband wasn’t seen in the clip, she was been repeatedly assaulted as she was recording.

A friend who claimed he was close to the family, who are based in Germany, said he used to be believe every was perfect in their marriage. 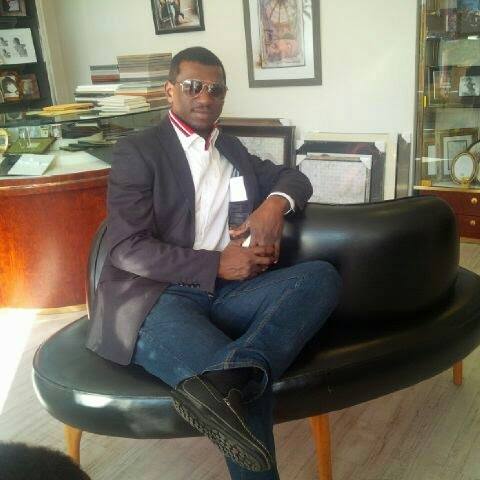 According to Chukwuemeka Eze, “Titi(wife) is my former colleague and I have always admired their marriage. I spoke the husband last month and am still not convinced anything is wrong with Titi”

A friend, Babafeyisayo Alonge Meseko, claimed there was no assault as the husband was only trying to collect her phone. “We all notice Peter Tscherny telling everyone to be calm, that is because the situation is not exactly what you all think it is. No one beating anyone, it was just an attempt to collect the phone. Please you all should put her in your prayers. Titi, we are praying for you!,” he commented.

In the clip, Titi claimed her husband lied about her being mad, hence, the need to take away their children. Another friend believed to be present at the time posted that the situation has been put under control. Peter Tscherny wrote, “To all the people who are worried. At the moment there is no serious situation anymore. Emergency and police were informed and now professional help is there for Adenike.”

Despite confirming this, Titi posted:

“Update at 10.45pm, he came back home with the children, he has taken my phone chargers and a copy of my key to the apartment that if he leaves for work tommorow morning, I won’t be able to leave the house and will be offline when my phone battery runs down with no chargers to communicate with people. He has also disconnected the Wi-Fi at home.”

“Now at 12.50am. That I was already sleeping. Some people have come into the house talking to him claiming police has come into our house. I didn’t call the police. The police said they are bringing some doctors to take me to the psychiatric station now at 12.50am. I am asking the police to beg him to give me my phone chargers which my husband stilk refused to do. The police have now called their psychiatric doctors that they are taking me away at past 1am. Now October 19, 2018. My husband is insisting they must take me away this midnight and not during daytime in the morning. At 1.25am, after a lot of pleading, the police officers and the emergency doctors have left our apartment but I’m yet to get my phone chargers and my key to the apartment back from him.”

And finally, the embattled wife posted the below about 1.00pm Nigerian time, being the last update from her as at press time:

“Thanks everyone for your concern. As at today Friday, October 19, 2018. I am yet to retrieve my two phones (one of which I use to make international calls), laptop and my bank card from my husband Willoughby Gbolade. I have never committed crime in Germany or involved in financial crime in any part of the world including my country Nigeria. I only hope the next phase of all these won’t be a set up for identity theft/fraud.
Once again, I thank everyone and will be updating if the need arises but for now I’m sorry I can’t respond to all individual comments/ inbox messages.
Adenike Obaoye
Erfurt, Germany.
19/10/2018.”

Adenike Adeoye who shared a post on abuse on October 10th must have been trying to tell the world about her issues.