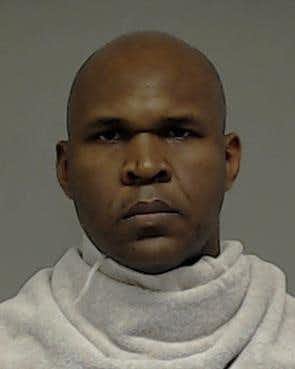 The
Texas Medical Board on Friday temporarily suspended the license of a
McKinney orthopedic surgeon arrested  on suspicion he sexually assaulted
two female patients while they were under his care.

Dr. Donald
Okechukwu Ozumba, 44, faces two charges of sexual assault, according to
court records. McKinney police arrested him Mar. 31 and booked him at
the Collin County Jail, where his bail was set at $50,000. He was
released Sunday.

The medical
board temporarily suspended Ozumba’s medical licence “after determining
his continuation in the practice of medicine poses a continuing threat
to public welfare,” according to a news release from the board.

The board will look into the allegations before taking further action.

“A
temporary suspension hearing with notice will be held as soon as
practicable with 10 days’ notice to Dr. Ozumba, unless the hearing is
specifically waived by Dr. Ozumba,” the release said.

Police said the offenses happened at OSSM Orthopedics in the 8000 block of State Highway 121 in McKinney.

Ozumba couldn’t be reached for comment this week, but his family released a prepared statement to KXAS-TV (NBC5).

“We
flatly deny each and every false allegation and are confident that the
legal system will vindicate Dr. Ozumba,” the statement read.  “We
appreciate the support from our local and global community.”

One
of the women went to his office last week to be treated for a sports
injury, according to an arrest warrant affidavit. She told police that
the doctor exposed half of her genitals to check for internal fluid and
told her he needed to rub in the medication he had injected under her
left hip.

Ozumba massaged the area, then penetrated the woman’s
genitals with his fingers and massaged her inside, according to the
arrest warrant affidavit. The woman’s husband was sitting behind the
doctor but couldn’t see what was happening , police said.

The
woman told police that she contacted another doctor after the visit and
asked whether what Ozumba had done was normal procedure. The second
doctor informed her that Ozumba was “absolutely not supposed to
penetrate her vagina,” according to the arrest warrant affidavit.

Shortly
after the visit, Ozumba asked the woman to download a messaging app and
sent her a text asking what her favorite part of the procedure was,
according to the affidavit.  The woman told police that she texted him
back with a message that said “Not receiving a script,” then deleted the
app.

Ozumba continued to text the woman and asked her to come back in, according to police.

Another woman reported a sexual assault to McKinney
police in August that occurred during an appointment with Ozumba the
same month, records show. She said she had gone to the doctor to get a
shot for a physical disability, according to an arrest warrant
affidavit.

Ozumba had been rude to the woman during her first two
appointments, but he became “charming” during the third visit, according
to the affidavit.

A nurse gave the woman paper shorts and a
gown to cover herself during a sonogram, but the doctor told the woman
that he couldn’t help her until she undressed and told her to cover up
with a sheet, police said.

According to the woman’s account,
Ozumba left the room and came back. He rubbed the outside of her legs
like he was feeling for something and then began to rub the inside of
her legs, she told police. The woman felt something poking her genitals
and thought it was the sonogram machine cord but realized it was the
doctor, according to the arrest warrant affidavit.

The woman said
the doctor left the room and came back. He had her roll on her side,
lifted her leg and rubbed her groin, according to the affidavit.

After
the doctor left the room again, the woman jumped to her feet and
dressed, police said. She told a nurse that she had another appointment
and left, according to the affidavit.

Ozumba, who was
born in Nigeria, has been fully licensed by the Texas Medical Board
since 2005, state records show. He reported no criminal history. No
medical malpractice investigations were listed on his physician profile.

Last
year, the Texas Medical Board ordered Ozumba to complete a course in
ethics or risk management after he failed to release the medical and
billing records of a patient in a timely fashion following multiple
written requests, state records show.

Ozumba’s specialty is sports
medicine. He has worked as team physician for professional, college and
high school teams, including Rockwall-Heath High School, Cedar Hill
High School and the University of Dallas, according to his website.