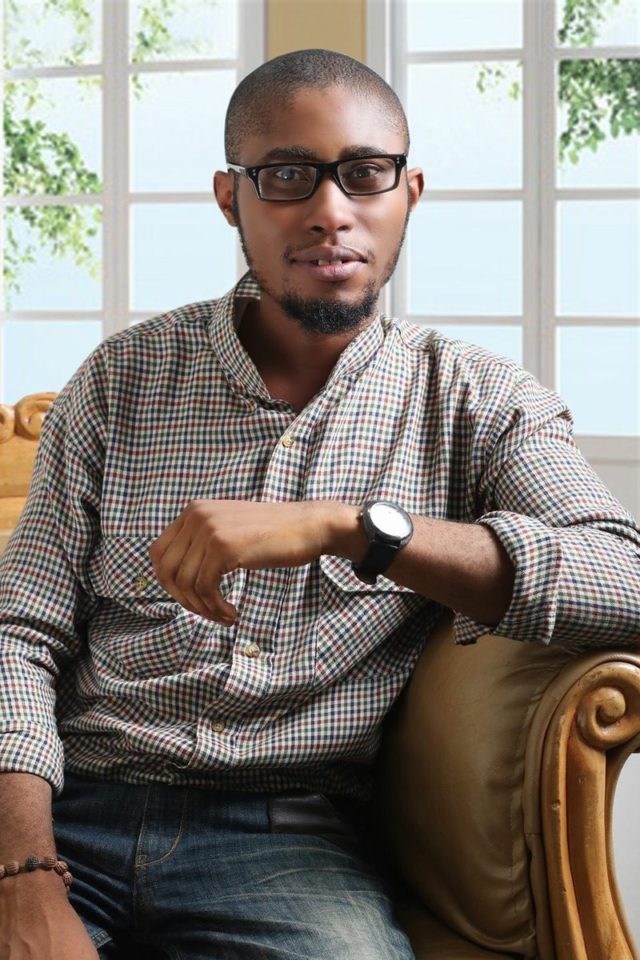 Chibuike Obi, gay activist and also a writer with Brittle Paper has been reportedly kidnapped after being missing since June 1st.
Several reports on Twitter are saying he was kidnapped for “spreading Satanism”. One user said the writer who lives in Owerri was kidnapped over his last article on homosexuality. 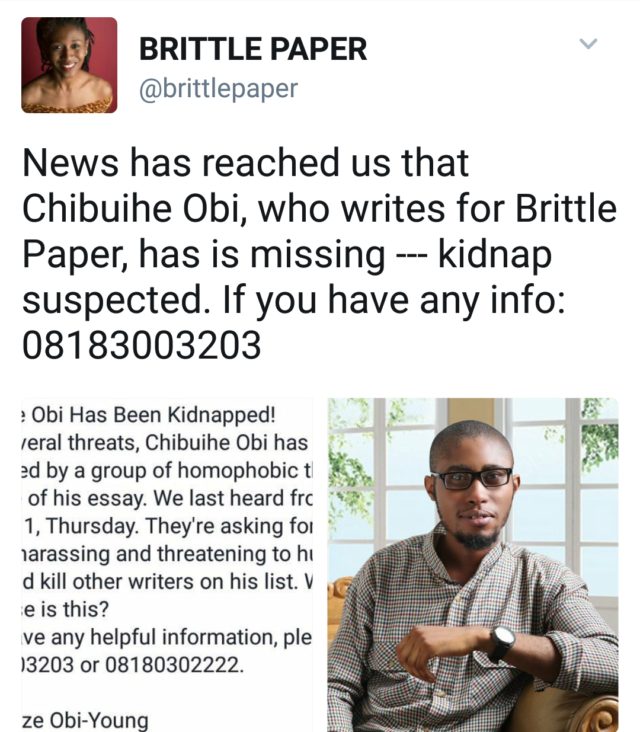 Here is an excerpt from his last post on Brittle Paper detailing the previous threats and attacks he and others have been faced with.
‘It is over a year now since we started publishing LGBTIQ-themed poems. Threats have been coming. Thick-brained humans come to your Facebook inbox and write long sermons peppered with hate and warnings. They’d tell you to get ready for them. One asked Romeo (Oriogun) to send him some money or he’ll send policemen after him. Another actually reported him to his superiors. One Sunday evening in April, Romeo contacted me to say that someone has reported him to the police near his new post. The officers called to inform him that they’d be at his post to arrest him. Although we were able to avert the purported arrest, because it was baseless and out of question, the threat, the harassment, was psychologically draining to Romeo.’
‘Last August, a random number left a message in my WhatsApp inbox. There was something curious about the name which made me ignore the content of the message. But I have stopped making public my locations on social media. I register my presence long after I have left the place, and if there is need for that. I try to keep my movement discrete. This way I have been able to forestall any premeditated attack.’
‘Romeo ignored this, made light the threats and, last week, he was attacked.’ 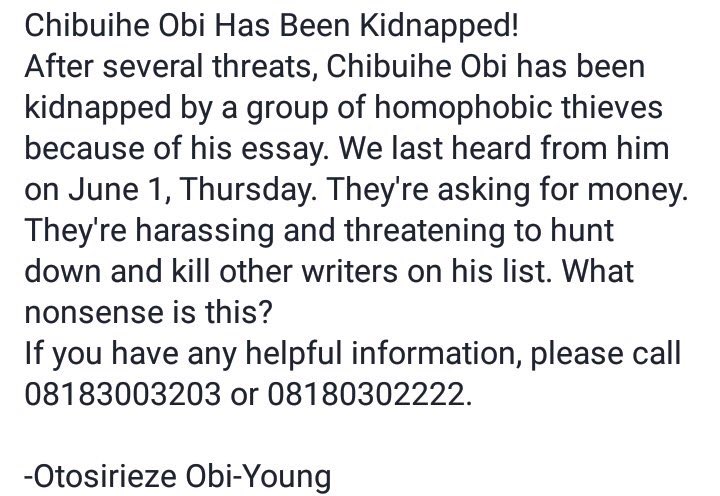 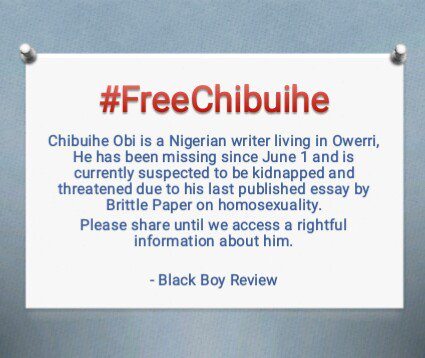 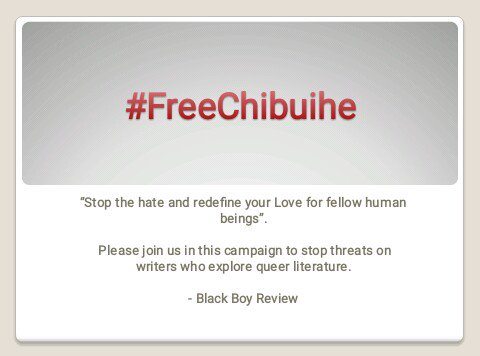 Romeo was the winner of the 2017 Brunel International African Poetry Prize. He won the £3,000 for his “beautiful and deeply passionate” writing on masculinity and desire in the face of LGBT criminalisation and persecution.
Anyone with useful information has been asked to contact (+234) 8183003203 or (+234) 8180302222.