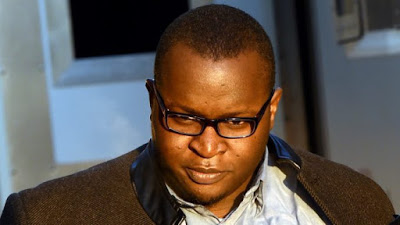 A court in Scotland on Friday sentenced a Nigerian man to life in prison after finding him guilty of raping and killing a sex worker in February 2016, Scottish press reported.
Bala Chinda, a 26-year-old son of a Nigerian diplomat, murdered Nkechi McGraa by asphyxiation at an apartment in Union Terrace, Aberdeen, Scotland’s Press and Journal reported.
The reports said Mr. Chinda approached Ms. McGraa, a 37-year-old mother of one and commercial sex worker, for her service the night before the incident on February 11, 2016.
A violent rage broke out between the two when Mr. Chinda could not pay for Ms. McGraa’s service the next day, which led to her death after being beaten and suffocated, according to court proceedings.
Mr. Chinda then fled the scene of the incident, destroying all evidence that could link him with the fatal attack.
His victim’s body, half naked, was found the next day on February 12 by neighbours, the paper said.

Although Mr. Chinda, whose father is said to be attached to Nigerian embassy in Beijing, China, denied the charges, a jury unanimously found him guilty of the murder and sentenced him to life with a minimum of 18 years behind bars.
The presiding judge, Lord Beckett, confronted Mr. Chinda with his offences shortly before sentencing him and thanked the prosecutors for doing a thorough job to secure a conviction.

“You raped a woman and made her undergo sexual intercourse without the protection of a condom,” Mr. Beckett said. “You then murdered her, by smothering her with a pillow, and strangling her, probably using her scarf.”

“You then sought to hide evidence which would link you to her.
“You might have got away with this but for the excellent police work which led to your detection, arrest and conviction,” he added.
Scottish press described Ms. McGraa as a Nigerian.