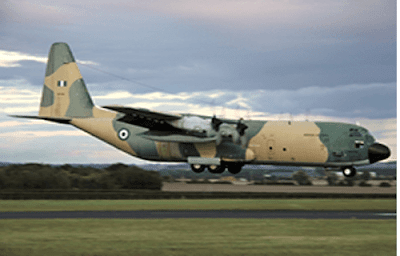 Forty one Nigerian girls who were victims of human trafficking to Europe were on Monday  sent back to the country.

The aircraft landed at the Nigerian Air Force Hangar wing of the Lagos Airport at about 7. 50 pm.
The deportation of the girls, was a fall out of collaboration
between the Ministry of Defence, Nigerian Air Force, Office of the
Senior Assistant to the President on Diaspora, and the National Agency
for the Prohibition of Trafficking in Persons (NAPTIP) which evacuated
the girls from Bamako, the Malian capital.
Some of the young ladies scantily dressed were grumbling as they
were photographed while alighting from the military transport aircraft.
Speaking in an interview, Senior Special Assistant to the President
on Diaspora, Abika Dabiri-Erewa said their evacuation was made possible
with assistance from the Chief of Defence  Staff, Nigerian Air Force,
NAPTIP and relevant agencies of government.
Dabiri-Erewa said their
return home was part of directive from President Buhari, who insisted
that Nigerians stranded anywhere in te world should be assisted to
return home.
She urged the returnees to make the best use of their lives as there was nothing tangible they were doing in Mali.
Erewa said  there were many Nigerians that are stranded in Mali, who should be brought home.
Previous Post