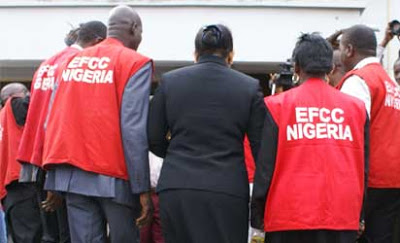 Justice Adebukola Banjoko of the Federal Capital Territory, FCT High Court, Gudu, has adjourned to April 27 and 28, 2017 for further hearing in the trial of Joshua Dariye, a former governor of Plateau State.

Dariye is facing a N1.162 billion fraud charge preferred against him by the Economic and Financial Crimes Commission, EFCC.

On March 16, 2017 his counsel, G.S. Pwul, SAN, brought an application before the court, seeking to disengage himself.

Pwul had told the court that he had come to the decision “to withdraw further appearance in court for the defendant”. He had argued that Section 36 (6) of the 1999 Constitution, provided for “the right of the defendant to choose who will represent him in court”.

His argument was countered by Rotimi Jacobs, SAN, who averred that Section 349 of the Administration of Criminal Justice Act, ACJA 2015, which deals with “non-appearance and non-representation of legal practitioner”, ought to be considered as the guide in a criminal case.

In her ruling, Justice Banjoko said: “The balance of argument between the ACJA 2015 and the 1999 Constitution is the Rule of Professional Conduct, guiding the legal practitioner.”

Quoting from it, the trial judge noted that: “a lawyer shall not abandon or withdraw an employment once assumed except for good cause”, adding that ethically, a lawyer may withdraw from client’s employment, if there is “conflict of interest between the lawyer and the client; where the client insists on an unjust or immoral course in the conduct of his case; if the client persists against the lawyer’s advice and remonstrance in pressing frivolous defences; and if the client deliberately disregards an agreement or obligation as to payment of fees or expenses”.

Giving an evaluation of Pwul’s argument, the trial judge noted that “this application for disengagement was not based on the choice of the defendant, but the choice of Pwul and so strictly speaking, the Constitution doesn’t apply as it was counsel’s own voluntary decision to withdraw and not the defendant”.

Justice Banjoko while acceding to his application, however, noted that while Pwul complied with the rules by filing a motion on notice on March 17, 2017 “his grounds do not display any good reasons”.

“However, for overriding interest of justice, the court will accede as per notice of withdrawal, and without further ado, ‘this horse’ is hereby set free,” the judge held.

The judge thereafter, adjourned to April 27 and 28 to allow time for Dariye to get a new counsel to represent him in court.