My one month old wife is pregnant for ex, man discovers after getting N1.5mln loan for marriage (Photo, Screenshots)

A month After wedding, UNIUYO staff discovers his Pregnant Wife, is carrying her boyfriend’s pregnancy

A heartbroken Nigerian man has cried out on Social media after discovering the relationship between his newly wedded wife and her ex-boyfriend. 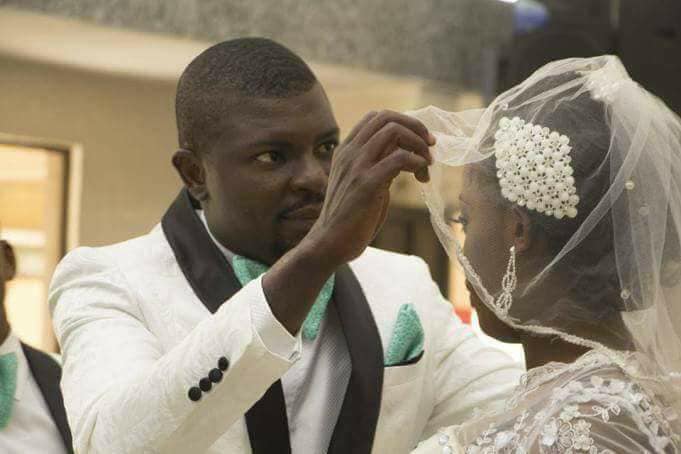 Apparently, the man identified as Abogoh Luckyo, a non-academic staff of the University of Uyo discovered that his months-old wife’s pregnancy isnt’t his, but for her ex-boyfriend.. and his wife has been communicating with the ex-boyfriend, professing her love for the man.

In one of the posts, he wrote; “I can’t believe that this is happening to me. This world is really a wicked place! Her parents knew that their Daughter’s Boyfriend had gotten her pregnant yet they hid the information from me and duped hard me and my hard earned money into getting married to their daughter, only to start peresuading me to undergo some goat-killing rituals so that all will be normal. Evil in this world is too much. Thank God I refused to do such Devil’s saConnoisseur. Lucky had earlier shared a thank you note in December, thanking his family, bride’s family, friends and colleagues for gracing his wedding.

He only shared picture of the alleged boyfriend:

Also a picture of a paternity test he did on the pregnancy: 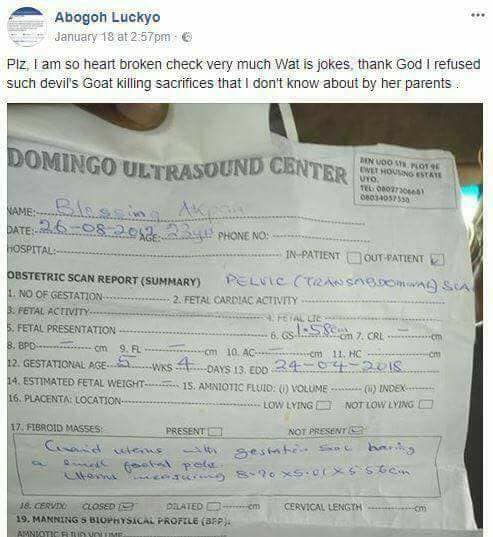 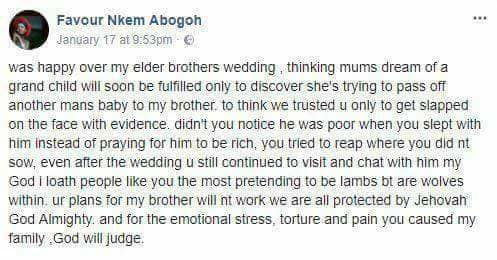 Some pictures from their Traditional wedding: 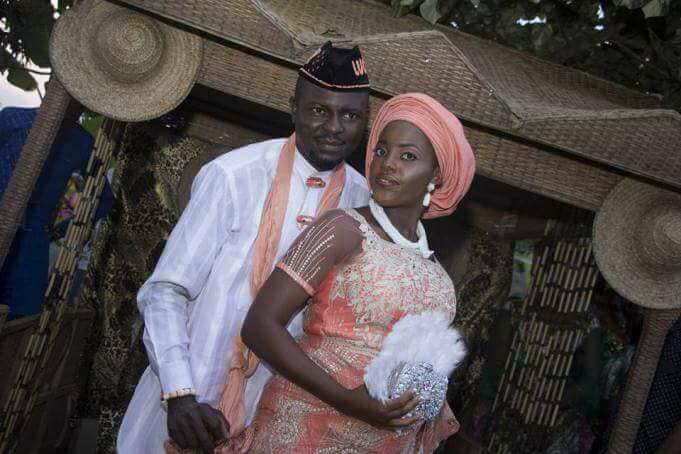 Lucky also shared a screenshot of his wife’s chat with the ex-boyfriend, where she confessed to him that she was pregnant, and the baby’s his, but then she’d pin the pregnancy on someone else. 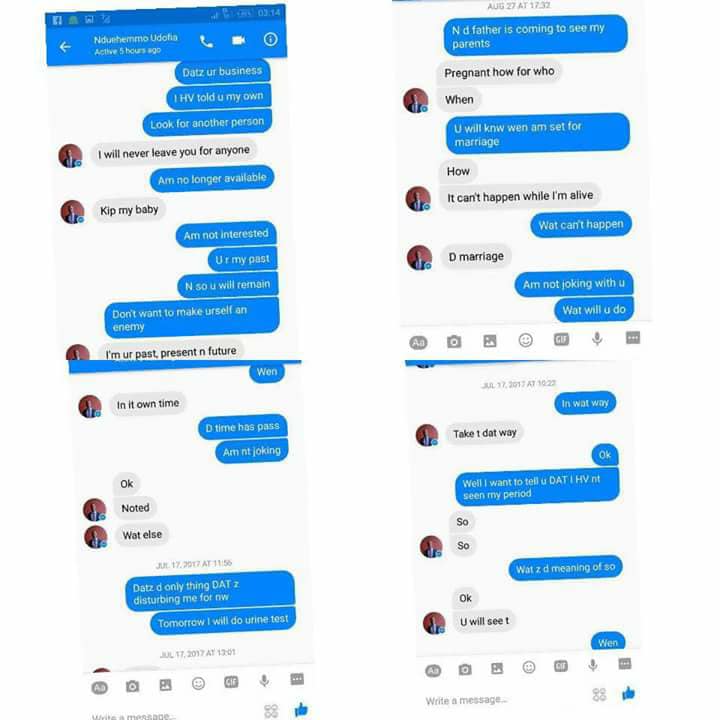 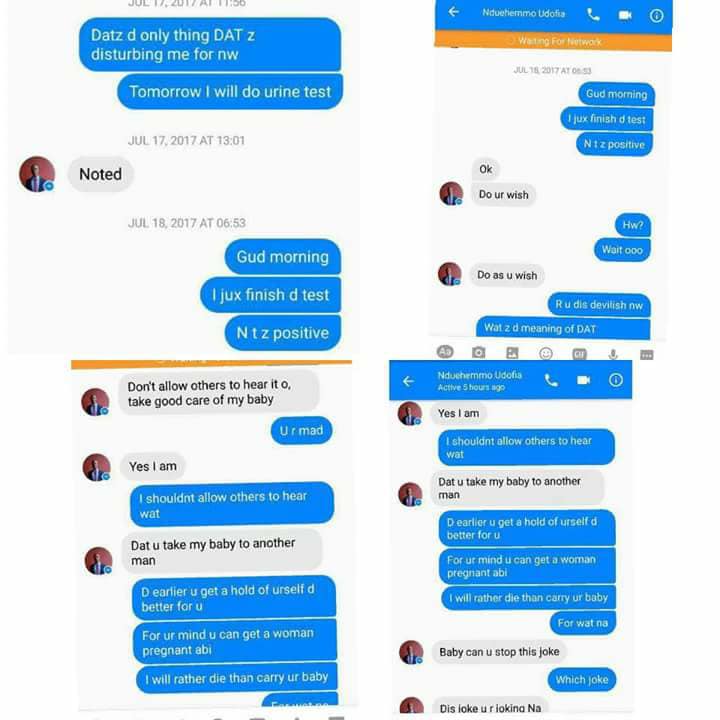 He also had a thing to say about her parents. 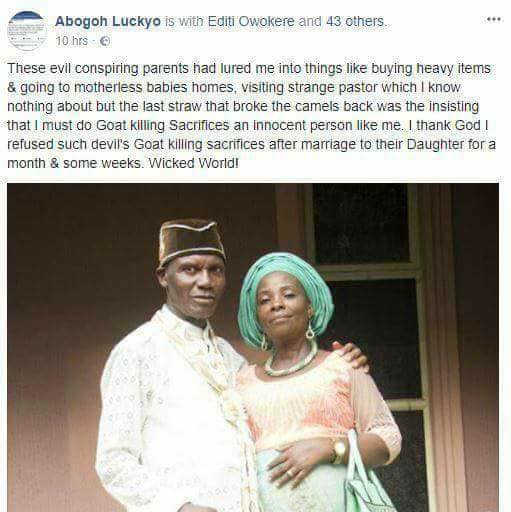 Lucky is from Delta State but got married to an Akwa Ibom lady. 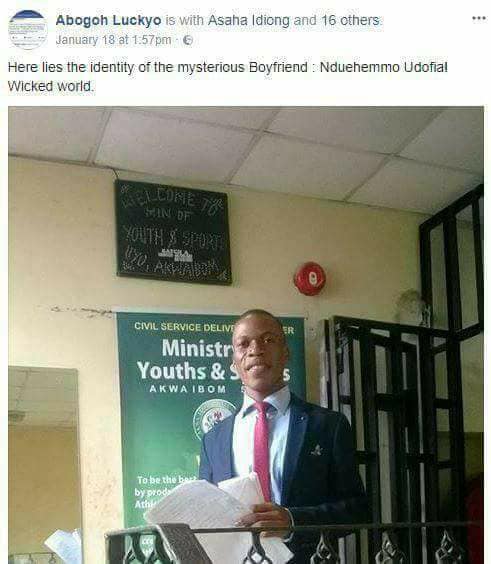 According to information made available to Connoisseur.com.ng, Lucky saw the chats on the wife’s phone, screenshot it and transferred them to his phone.

After doing this, he left the house for about two days without informing the wife, and thereafter uploaded the screenshots on social media.

By the time he got back to the house, the wife who had seen the post on facebook, not waiting to be thrown out had packed out of their matrimonial home.

He is said to have gotten a loan of N1.5m for the marriage ceremonies. 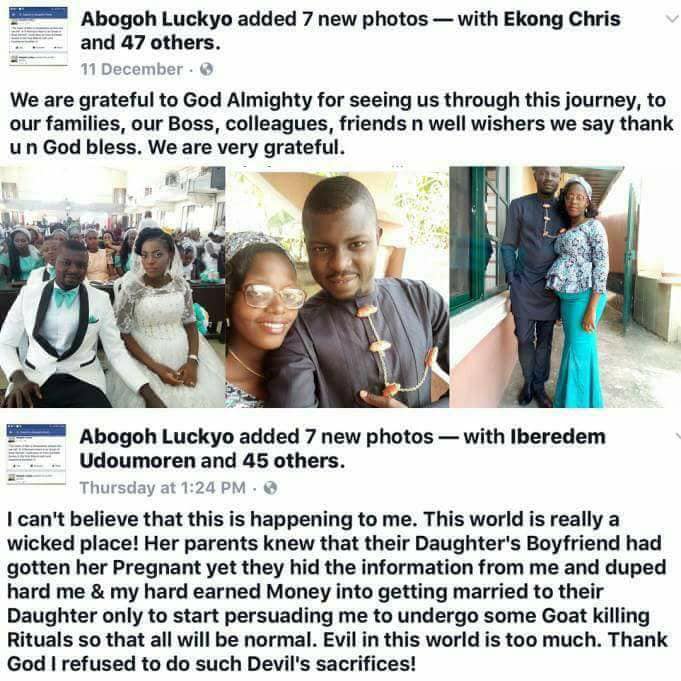