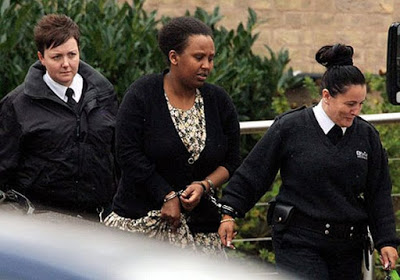 A mother has admitted stabbing her young daughter to death before dousing her body in acid in an attempt to “dissolve her away”.

Relatives of her mother Iman Omar Yousef had raised the alarm after becoming concerned for the youngster’s well-being.

The schizophrenic feared Alia would be taken away so she slashed her dozens of times at their home in Birmingham.

Yousef, 32, then corroded her skin, bones and internal organs with chemicals after the shocking killing in 2010.

She was deemed unfit to stand trial later the same year and detained under the Mental Health Act.

But the Somali asylum seeker was ruled well enough to enter a plea and appeared at Worcester Crown Court.

Yousef, from Erdington, admitted manslaughter on the grounds of diminished responsibility.

She was detained indefinitely under mental health legislation by Mrs Justice Carr QC.

The judge said: “You accept that you killed Alia and that you intended to do so.

“You had bizarre persecutory ideas and heard voices. You became increasingly fearful that your family would harm you and your daughter.

“Voices were telling you that your family was not your real family. You feared that your daughter would be taken away from you and harmed.

“Voices told you that you could protect your daughter by killing her. You believed them.

“There is no indication that you did anything other than love your daughter. At the time, in killing her, you believed you were protecting her.”

He said: “The body had then been partly covered with black and green bin liners. The officers could smell what seemed like acid.”

Post mortem examinations revealed the youngster had been stabbed so violently the blade penetrated her body.

Alwyn Jones, defending, said: ‘The auditory and visual hallucinations were the lethal cocktail that led to the tragic loss of young life.

“The voices told her it would be in her interests and her daughter would be safe in death. There is evidence of this lady being a caring mother who was overprotective of her daughter.

“But unfortunately the illness that began to manifest itself in 2001 and she received no treatment by 2010.”