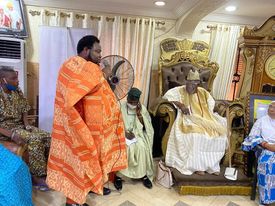 CHIEF AMBASSADOR DOCTOR PRINCE ADEBIYI SAHEED ADESINA, Chairman (DE UNIQUE GROUP), CEO (UNIQUE MOTORS) is a rare philanthropist, humanitarian and peace ambassador, who will stop at nothing to engender better living for mankind and Nigerian communities An astute gentleman and business tycoon, who has not only brought major development to auto dealership business in the country but also created phenomenal tentacles, platforms through it to support, empower and encourage youths in all spheres 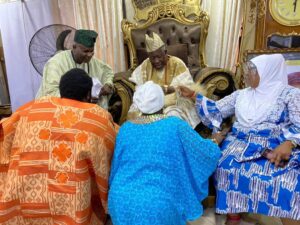 A proud Ondo son, hails from Ilara Mokin with eyes for politics, a passion derived in the quest to meet the yearnings of his people and alleviate their sufferings. Asiwaju Adebiyi who added another feather to his cap, yesterday got installed with the high chieftaincy title of Agba Akin Majeobaje of Ibadan Land by his Royal Majesty, Oba Ambali Adetunji (Olubadan Of Ibadan Land), same as his wife turns the Yeye Agba Akin Majeobaje Of ibadan Land, coming from his many philanthropic records and empathy for human beings 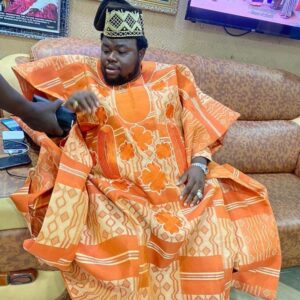 His drive for a better Nigeria and dream to help in changing the poor state of living in many communities of the Country could only be attributed to how he continually reaches out to the youths, supports the needy, creates employment and empowers everyone both in his immediate environment and far. Call him an enigma and an unrepentant giver, and you wouldn’t be wrong 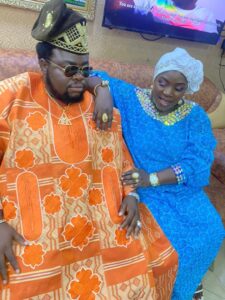 Perhaps, his journey into politics might just never follow the conventional scripts of “do or die” but rather in a vein to change the face of governance and inject sanity In Ondo polity with his depth and vast experience. The new Agba Akin MajeObaje Of Ibadan Land is no doubt a peace, youth ambassador and potential political leader who has the right capacity to deliver a better world for the youth to emulate 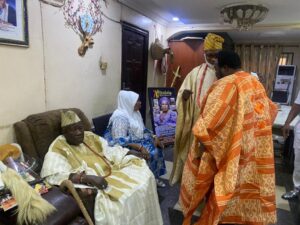 Buratai: Nigerians Are Not Appreciative; I Was Ambushed 3 Times By Boko Haram