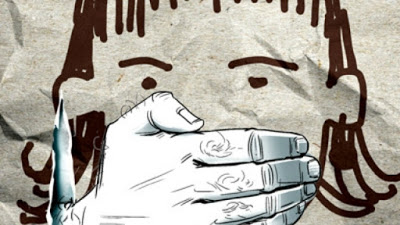 The girl was reported to have been gangraped first in a paddy field
in the village in December last year and again on January 13 at her
residence. “We have detained six of the accused. They all hail from the
girl’s village and are in the age group of 14-16 years,” a senior
district police officer said.
He said the detention was made based on an FIR filed by the family members of the girl.

Police have registered a case against all the accused under section
376(g) (gangrape) of IPC and provisions of the Protection of Children
from Sexual Offences (POCSO) Act.

The police officer said the accused have confessed to the crime and have been sent to a juvenile home.

Last year, 101 cases were filed under POCSO and 22 rape cases
against children in Meghalaya, according the crime records bureau of the
home department.

A Must Read: Diezani Alison-Madueke Responds

A Must Read: Diezani Alison-Madueke Responds