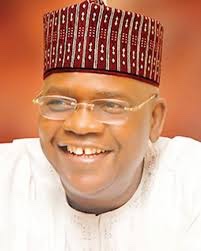 A call has gone out to the former Governor of Gombe State, Senator Danjuma Goje, to help put together a summit to address the political marginalisation of North East zone of the country.
A non governmental group, Youth against Marginalisation of North East, made this call in Abuja over the weekend.
The group, in an SOS message to Senator Goje, said there was an urgent need to organise a submit to tackle the issue that has plagued the zone over time.
The group noted that the North Eastern part of Nigeria has been denied the opportunity to produce a President of the country.
“If you will recall the North West has dominated the entire slot of the North in general. This include but not limited to the fact that the North West has produced nearly all the leaders from the entire North.
“From late Gen Murtala Muhammad, President Sheu Shagari, Gen Muhamadu Buhari, Gen Sani Abacha, to President Umoru Yardua and the current President Muhammadu Buhari,
“In view of the aforementioned scenario, it is crystal clear that North East has been sidelined in the affair of our great country.
‘We therefor appeal to former Governor Danjuma Goje, being the most consistent and political leader of people of North East to organise all North East politicians’ submit in order to address this issue. North East deserves to produce the next President or Vice President of this country,” the group added.