Another case of police harassment has been reported in the city Lagos as a young Nigerian man and his brothers are given a shocking treatment.

The young man known only as tw_tee on Instagram, took to the photo-sharing platform to write about the sad experience. According to him, he was coming back from church with his brothers when the incident happened.

He revealed that some police officers chased them and stopped them harshly before proceeding to harass them and almost got one of them injured. However, when a crowd gathered, they ran away.

He ended by releasing the photos of the policemen involved.

Read how he told the story below (sic): 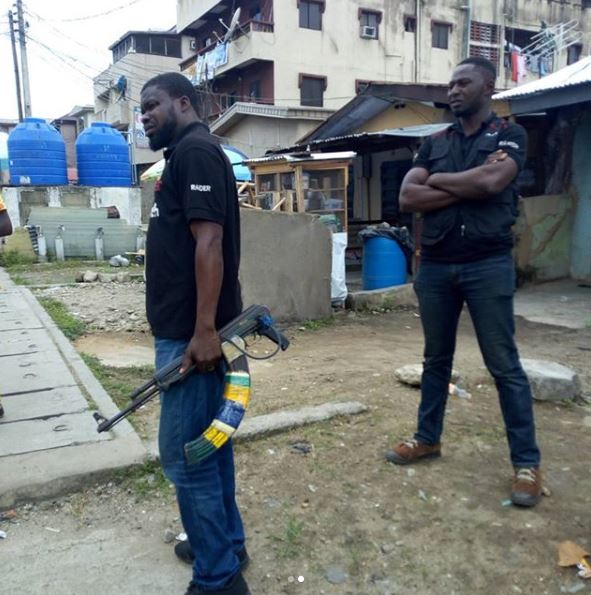 “These criminals need to be curtailed…

“My story : coming back from church today with my 3 bothers, these people suddenly stopped speedily in front our car making us to forcefully apply break almost injuring the driver (my brother) in front.

“They suddenly jumped down from the car (4 of them precisely) with guns around Adekunle axis at yaba. They started requesting we come down insisting we should open our boot and started searching our car without any just cause…mind you all these were going on the road.

“Upon questioning their antics they started to become violent with their words, upon noticing this i took the first instance in taking a picture of their car and unfortunately just two of them when they noticed this they attempted to SMASH MY PHONE .

“When people started gathering they saw they’ve been overwhelmed and made an escape! .

“Nigerians what if it was in the night? What if it was just me or any of my brothers in the car? What if we were not vigilant enough and they planted an illegal material in our car? What if the area was not crowded? What if God did not intervene!.

“Please the police should make sure these people are brought to book and prevented from parading our streets claiming to be working in the interest of justice.

Below is a photo of the policemen tw_tee shared:

Gov. Ahmed: I have nothing to do with Offa robbery