An unidentified Hausa met his waterloo when he was caught while trying to steal a car battery in Ibekwe Tiles Plaza in Enugu State.
An angry mob descended on him and he was lynched to death.
A Facebook User, Bliss Thelma Joseph, who was an eye-witness, shared the sad news. 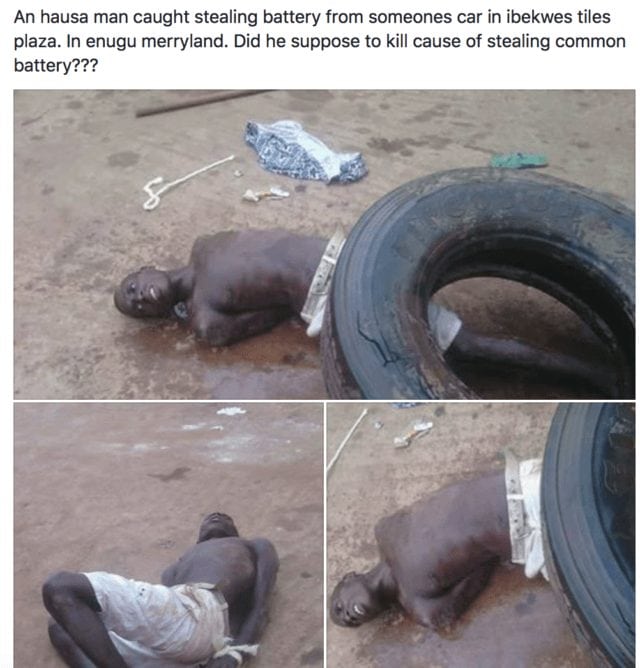 Who's the real Starboy? Davido's brother seems to have the answer!