The operatives of Rapid Response Squad of the Lagos State Police Command have arrested a man for impersonating Nigerian Police and extorting people in Oshodi.
The suspect, Gregory Anyasodo, 47, from Owerri North, Imo State was arrested on Thursday after stealing N125,000 from one of his victims, a trader in Oshodi.
The unsuspecting victim, Mrs Emmanuella Joseph had approach RRS officials stationed in Oshodi to report Anyasodo’s threat to arrest her and the confiscation of her hand bag containing N125,000.
A search around the area led to the arrest of Anyasodo and the recovery of a radio that appeared a walkie – talkie and a Police Identity card, which portrayed him as an Inspector with the number 14873, attached to Lagos Taskforce and Special Anti-Robbery Squad.
Confirming the crime, the suspect acknowledged seizing the traders bag but did not steal her money as alleged by the victim.
“I have been in the trade since December 2016. I came to Lagos before Christmas in preparation for The Lord’s Chosen convention in Lagos, which was held in February, 2017 at Ijesha.
My early coming for the programme was for me to seize that opportunity to look for job in Lagos. When I couldn’t get a job, I ventured into impersonating the police”, he explained.
He stated further, “I have been arrested six times in Owerri for impersonation. I have impersonated WAEC and JAMB officials. I have been arrested thrice by Shell Camp police, Owerri for impersonation.
I am a father of six. I left my wife with six children when I was coming to Lagos. I have been sleeping in hotels since I got to Lagos.
Occasionally, people allow me to sleep on the balconies and corridors of their house after I had convinced them that am a stranger. I make between N10,000 to N15, 000 daily parading myself as police officer and extorting innocent people”, he stated. 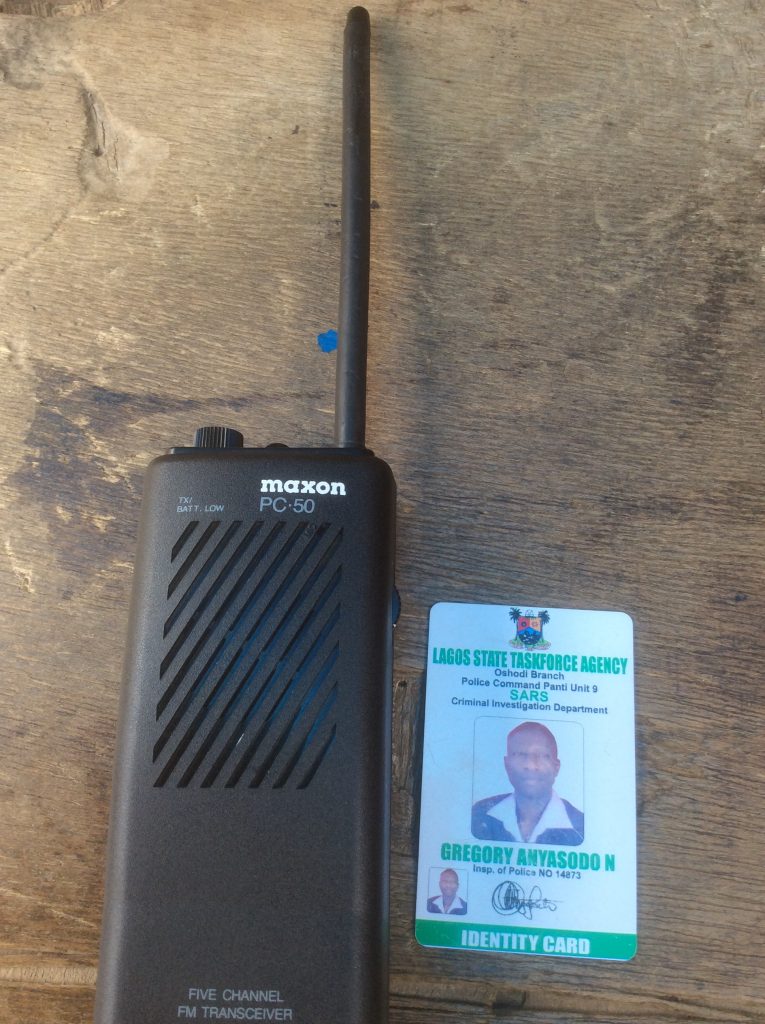 What I do is move closer to them and tell them, mostly traders. I show them my identity card and I threatened to invite my colleagues if they failed to settle me. I collect the money and I move away.
I am sorry, I have not sent a dime to my wife in Owerri to take care of the six children I left in her possession but occasionally, I call her. I thought of impersonating police because it would fetch me more money.
Also arrested with Anyasodo were the graphic artist who designed Police Identity Card for him and the owner of the business centre.
The three suspects have been transferred to the State Criminal Investigation Department, Panti, Yaba.

Lawyer urges Senate to swear in Osinbajo as acting president