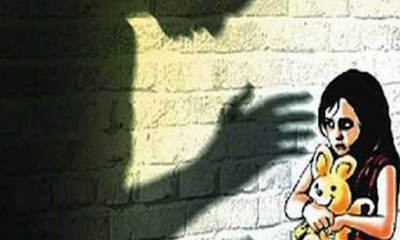 A
32-year-old driver Dauda Abu, who allegedly defiled his neighbour’s
six-year-old daughter, on Friday appeared before an Ikeja Chief
Magistrates’ Court on a one-count charge of defilement.
Abu is a resident of No. 10, Onifade St., Mushin, a suburb of Lagos.
The prosecutor, Insp. Clifford Ogu, told the court that the offence was committed on Feb. 9, at the accused’s residence.
Ogu said that the victim, a 6-year-old girl, and her younger sister had gone to the accused person’s room to play.
“The accused sent the victim’s sister out of the room, shut the door and defiled her,’’ he said.
The offence is contrary to Section 137 of the Criminal Law of Lagos State, 2011.
The accused, however, pleaded not guilty to the charge.
The Chief Magistrate, Mrs Taiwo Akanni, admitted the accused to bail in the sum of N250, 000 with one surety in like sum.
Akanni then adjourned the case to March 27, for commencement of trial.
Previous Post