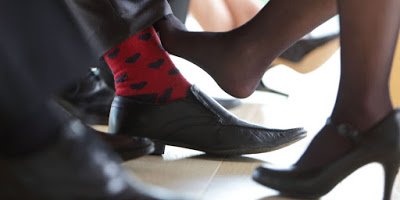 A United States of America based businessman planned marriage for Saturday in Asaba, Delta State on Thursday crashed for alleged infidelity.

It was reliably gathered that Emeka Iwuogwu had been residing in the United State of America (USA) for close eighteen years without a wife; a situation which gave course to his aged parents in Asaba to be worried and concerned.

Sources said Emeka had become a successful businessman in the US and had requested a wife from Asaba through the parents and his relations.

According to our source, Emeka who hails from Otuogwu Quarters in Asaba and a graduate of Mechanical Engineering from the University of Nigeria Nsukka (UNN) was introduced to a girl (name withheld) from Umuagu Quarters Asaba through GSM, and after several weeks of the conversations last year 2016, including exchange of photographs, they both agreed to marry this 2017.

It was further learnt that the marriage was fixed for March 4, (Saturday) 2017 for the white wedding after the traditional marriage was said to have been consummated in February by both families on behalf of Emeka. trouble started when Emeka agreed to come to Nigeria for the wedding against all “negative stories” that his wife to be allegedly flirts around.

He was said to have arrived Lagos on Monday and called his girlfriend who claimed to have traveled to Abuja to buy the wedding materials.

Sources said that in the process of their discussion, Emeka allegedly “smelt a rat” in the background and on Thursday morning made straight to Asaba where the bubble burst.

While in Asaba, our informed sources said Emeka refused to stay in his parents’ house, rather lodged into one of the hotels where the “whistle blowers” revealed behind closed door activities of his wife to be to him.

The unsuspecting Emeka had during nightfall stormed the shopping plaza along Summit/Okpanam with two of his friends when after drinking two bottles of beer, was said to have taken a stroll for a sight view, only to have stumbled on his girlfriend neck deep in kissing and feeling a rival lover.

An eyewitness, John Okolo said fight broke out during verbal moved into the girl with a slap that left the scene in coax and disarray and in the process, bear bottles, sponges were freely used for the fight.

Police Officers at the ‘A’ Division Asaba including Local Security at the shopping plaza who spoke to our reporter, on condition of anonymity, confirmed that the US based and the rival were arrested and detained at the Division before granted bail.

Confirming the incident, Emeka who broke down in tears said: “my wife to be is a folk, I caught her kissing another man in a shopping plaza, I’m going back to US, Nigerian girls are folk”.

Since the incident, there has been war of words among both families including the use of unprintable words to showcase the shameful act.