The officials of the Rapid Response Squad (RRS) have arrested a man pretending to be mad under the Eko bridge in Lagos state. 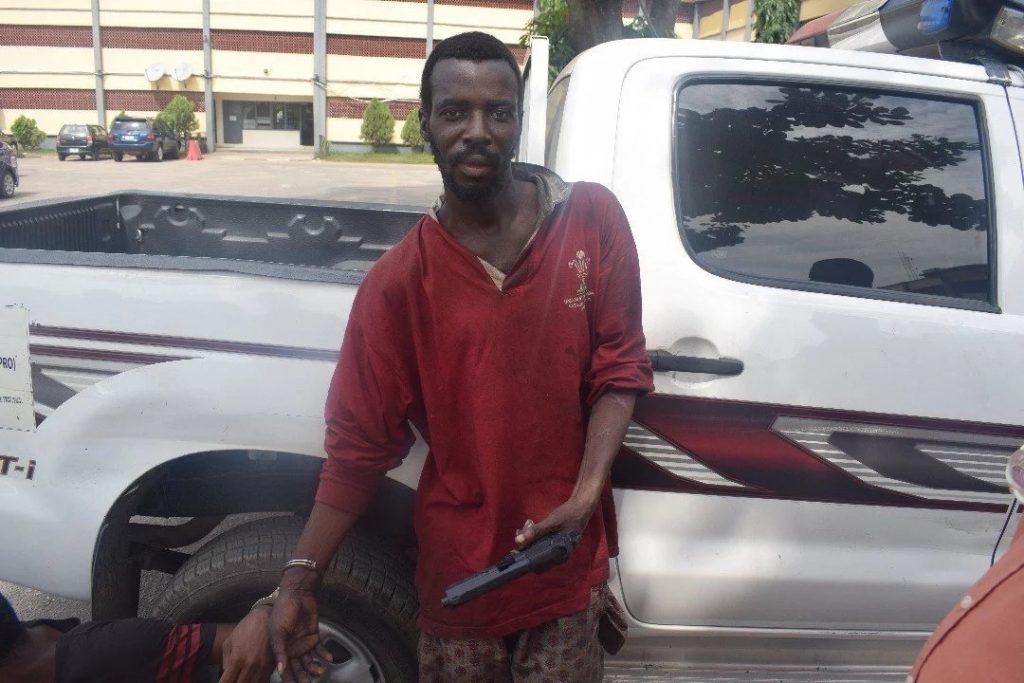 The man, who identified himself as Oyahere Johnson, 35 year old from Port harcourt confessed that the gun was a toy pistol used in robbing people.

He confessed to using the black toy pistol which looks like a Baretta pistol to rob passersby of their money and other belongings.

He was nabbed after the RRS officers were nformed by a motor cyclist around 11pm on Sunday, March 4.

The officers rushed to the scene and saw the man hiding the gun in his trousers and trying to run away. He was arrested and searched.

Meanwhile, it was also reported that two suspected armed robbers, Shehu Bida and Bello Mallam, who claimed that they went into robbery because there was recession in the country, have been arrested by the Niger state police command.

The suspects say they steal because the government has failed to provide jobs for people.

The two suspects were arrested in Talba Estate, Bida town in the Bida local government area of the state.