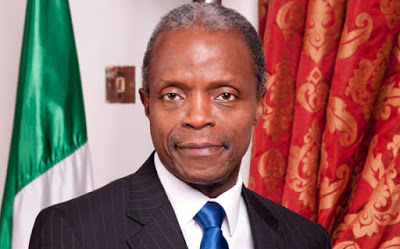 Nigeria’s
Vice President, Professor Yemi Osinbajo; former President of the Nigerian Bar
Association (NBA), Chief Wole Olanipekun, and foremost Senior Advocate of
Nigeria (SAN), Aare Afe Babalola are among dignitaries expected to chart a way
forward for the justice sector at a two-day Summit on Administration of Justice
put together by the Lagos State Government.
The
Summit, organised by the State’s Ministry of Justice, with the theme:
“Contemporary Trends: Catalysts for Justice Sector Reform in Lagos State,”
will take place between January 30 and 31, 2017 at Eko Convention Centre,
Eko Hotels & Suites, Victoria Island, Lagos, and participants are billed to
discuss and proffer solutions to improvement of the sector.
Other
legal luminaries expected to grace the Summit are human rights lawyer, Mr. Femi
Falana (SAN); former Lagos State Attorney General and Deputy Chief of Staff to
the President, Mr. Ade Ipaye; Judge Chile Eboe-Osuji of the International
Criminal Court; and former Executive Secretary of the Lagos State Security
Trust Fund (LSSTF), Mr. Fola Arthur- Worrey.

Osinbajo, according to a statement issued on Monday by the Lagos State
Attorney-General and Commissioner for Justice, Mr. Adeniji Kazeem, is the
Keynote Speaker at the Summit, while Governor Akinwunmi Ambode would serve as
the Special Guest of Honour.
Kazeem,
who is the Chief Host, said that the Summit was designed to create a platform
for exchange of knowledge and ideas and is expected to feature about 25 high
level speakers drawn from within and outside the country.

He said the sessions prepared for the Summit will consist
of Plenary, Panelist discussions, a host of interactive deep sessions as well
as robust discussions addressing the most topical issues in Justice
Administration.

He added that topics will range from Criminal Administration, to appraisal
of Civil Procedure, Ethics and Efficient Court Administration.

Speaking further on the rationale behind the Summit, Kazeem said: “There is the
need to continue to update our laws and policies in order to create an enabling
environment for investors and tourist, and the best way to do this is
through contributions and participation of stakeholders.”