Members of the Academic Staff Union of Universities (ASUU), at the Lagos State University (LASU), have accused the Vice Chancellor, Prof. Lanre Fagbohun of inciting crisis in the institution. 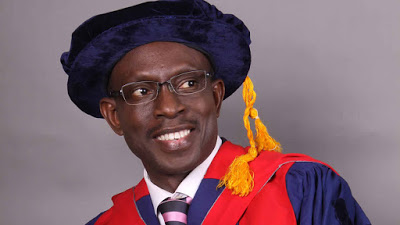 In an open letter to Governor Akinwunmi Ambode, the union alleged that the he was plotting to discredit ASUU by incriminating their active members.

The letter by the chairman, Dr. Isaac Oyewumi and Secretary, Tony Dansu, a copy of which was obtained by The Guardian yesterday, accused Fagbohun of seeking the governor’s support through blackmail.

They alleged that the VC was pursuing an agenda of dismissing the union’s leadership by prolonging investigation into the spurious allegations against them, to prevent their promotion to professorial cadre.

The leaders also accused him of promoting a culture of impunity, by delaying the payment of Earned Academic Allowances as stipulated in the agreement between ASUU and the Federal Government in 2009.

Also included in the issues is the conclusion of the amendment of LASU law to cover a single term for all principal officers, as stipulated in the University Miscellaneous Provisions Amendment Act 2009, as amended in 2012.

Describing the happenings at the institution as an invitation to chaos, the union appealed to Ambode to forestall the looming crises in the interest of the university’s community.

The union alleged that the VC was using some professors to create a malicious propaganda against its leaders.