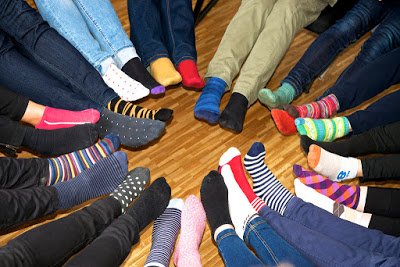 As Lagos State join the rest of the world to celebrate people living with Down Syndrome, the Chairman of the Board of Lagos State Office of Disability (LASODA), Dr Waheed Oki has commended the Lagos State Government for its cursory attention on the needs of People Living With Disabilities, PLWDs.

Oki, who spoke during an event to mark this year Down Syndrome Day at  Ndubusi Kanu Park, Alausa, Ikeja said that in spite of the myriads of needs and challenges confronting PLWDs, the State Government has always identified with their needs.

He said the celebration of the Down Syndrome Day was an opportunity to educate Nigerians on special people and their needs such that a better and secured future can be achieved collectively.

Oki bemoaned the astute disregard for the needs of PLWDs in spite of the laws protecting their rights, stressing that persons living with disability were undergoing needless challenges.

He said the N500m disability fund approved by Governor Akinwunmi Ambode would go a long way in improving the standard of living of PLWDs.

The LASODA boss gave assurance that the Board, with the continued support of the State Government, will continue to guarantee a level playing field that would ensure a fair deal of optimal engagement and active participation of PLWDs in the socio-political and economic growth of Lagos State.

The Permanent Secretary in the Ministry of Youth and Social development, Mr. Hakeem Muri-Okunola, also called on the media to report the plights of PLWDs, not for empathy sake, but with the aim of improving their wellbeing.

Represented by Mr. Rufai Raji, the Permanent Secretary said that the Lagos  State government has always demonstrated the belief that every resident of the state is important to the present administration including PLWDs and as such must be given necessary attention and encouragement to perform optimally in whatever they do.

“The State Governor and indeed his government appreciate the life of people living with Down Syndrome and their contributions to the socio-political and economic situation of the state like every other citizen, this explains why they are being celebrated in line with international recognized practice” he explained.

Muri-Okunola extolled the sterling qualities of people with Down Syndrome saying that aside being very conscious of their environment, they also have free disposition to everyone and are fun to be with.

Speaking on this year’s theme: “Enabling People with Down Syndrome to Speak Up, Be Heard and Influence Government Policy & Action”, the Vice President and Administrator, Down Syndrome Foundation, DSFN, Mr. Muyiwa Majekodunmi identified the need for early intervention, show of love and exercising patience with down syndrome children as important element in the upbringing of the children.

Also corroborating the position of Mr. Muyiwa Majekodunmi, a presenter, Dr. Oyegun Akinbola, who spoke on the impact of the syndrome on parents of children with the disorder, said that the fear among parents rages from marriage, ambition and a total loss of hope on such children.

Akinbola stated that Down Syndrome is not hereditary because the risk of inheriting the disorder from parent is low, but said however that maternal age in women is one of the causes of Down Syndrome.